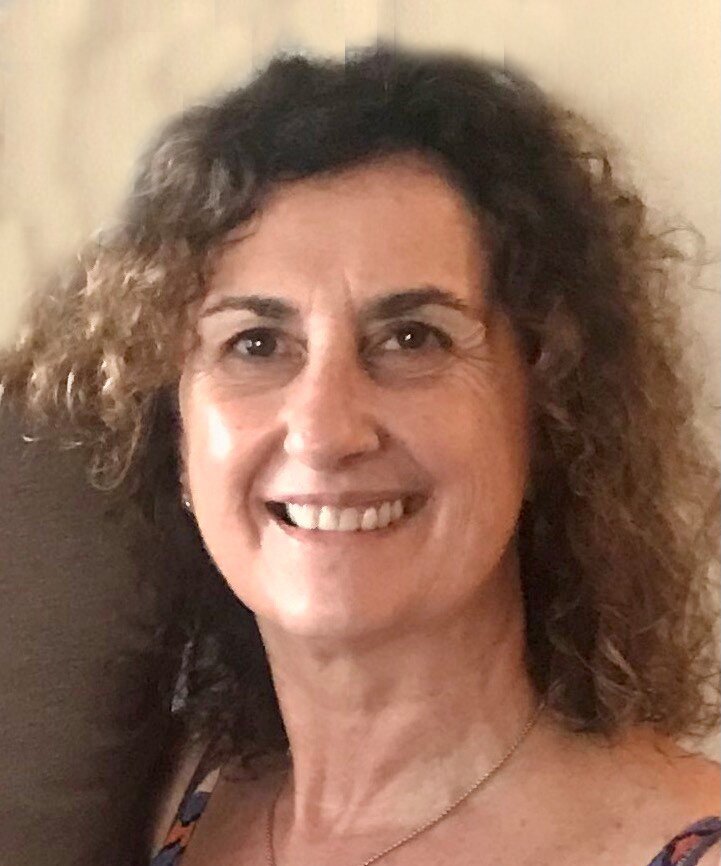 A Mass of Christian Burial will be celebrated at the Church of St. Francis De Sales in Winthrop, MN on Friday, Nov. 5 with burial to follow.

On October 26, 2021, Sylvie Colette O'Brien (née Marguet), of Burlington, MA, passed away peacefully in her home after a hard-fought battle with brain cancer.

Sylvie was born on September 4, 1958, in Besançon, France. She grew up in Damprichard, a small village near the Swiss border.

After high school Sylvie left Damprichard for Paris, where she earned a degree in business and languages (German and English). She then found employment at the French cosmetics manufacturer Laboratoires René Guinot, where she managed imports/exports for French-, German- and English-speaking clients.

In 1981, while camping with friends in the Loire Valley, she met the love of her life: Mick O’Brien, an American from Winthrop, Minnesota. After a transatlantic courtship involving many romantic letters and postcards, the two were wed in 1983. The couple made their first home in Paris, where Sylvie continued to work for René Guinot.

In 1986, 11 months following the birth of their first son, Alex, Sylvie and Mick moved to Boston, Massachusetts to begin a new chapter. Sylvie worked for several international corporations until the birth of her second child, Maxime, in 1991, at which which time she opened her own business doing translations and French language voiceovers for commercial and industrial videos.

Her meticulous preparation and attention to detail during recording, made her the first call for many studios in the Boston area requiring French-language voice talent. While Sylvie enjoyed the voice over work, she missed the human interaction and ultimately found her true calling, working as a French interpreter specializing in political asylum and medical cases. She enjoyed helping people and making a real difference in their lives and she continued working in the field until her diagnosis in November 2020.

Sylvie loved being a mother, and loved her life in Massachusetts (first Arlington, then Bedford, then Burlington), where she and Mick made many friends. Her infectious positivity was both a natural part of her personality, and a result of her basic philosophy, “Il faut en profiter,” which roughly translates to “you have to make the most of it.” She felt it was important to find happiness and enjoyment in every moment. Although she maintained a busy social life, she kept Saturdays and Sundays for family. When friends wanted to make plans, she’d often say: “Sorry, the weekends are for Mick and me.”

Music and travel were important parts of Sylvie’s life. She and Mick attended numerous concerts, from pop to jazz to international acts. Together, they also enjoyed discovering new cultures and places, especially those with a beach—Turks and Caicos was their favorite.

Sylvie was preceded in death by her parents, Nicole and Georges Marguet, and her older brother Georges. She is survived by her husband Mick and her two sons, Alex O'Brien of Berlin, Germany and Maxime O'Brien of Fort Lauderdale, Florida, and a younger brother, Frédéric, of France.

Sylvie will be buried in Winthrop, Minnesota, following a mass at St. Francis de Sales at 10:30am on Friday, November 5th. A memorial service will be held in the Burlington, MA area at a later date.

In lieu of flowers, memorials in Sylvie’s name may be made to the Brain Tumor Network, www.braintumornetwork.org.

Share Your Memory of
Sylvie
Upload Your Memory View All Memories
Be the first to upload a memory!