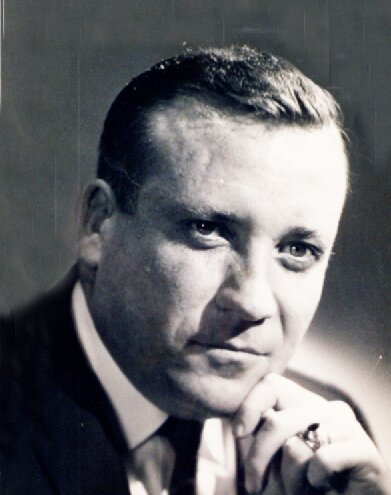 Thomas Francis Murphy, beloved husband of the late Nancy (Broughton), passed away peacefully on October 28th at the age of 90.

Tom was born and raised in Arlington. One of seven children born to the late John and Irene Murphy, he attended St. Agnes Grammar School and graduated from Arlington High School in 1948.  He went on to graduate from Boston College in 1952, where he served in the ROTC. After graduation, he joined the Army and served his country in the Korean War, achieving the rank of Captain.  During his service in the Army, Tom received the National Defense Service Medal, the Korean Service Medal, and the United Nations Service Medal. After the service he entered Boston College Law School and received his law degree, graduating 5th in his class. He also served as the Editor of the Boston College Law Review.

Tom first met his future wife, Nancy Broughton, while the two were in kindergarten at St. Agnes School. They traveled in the same circles during their youth as well as during high school and college, though they didn’t start dating until Tom was in law school. They married in 1956 at the Park Plaza Hotel in Boston, and in 1957 bought their first house in Burlington. There they would raise their six children and become very active members of the Burlington community.

Tom’s first job out of law school was the very prestigious position of Law Clerk to the Chief Justice of the Massachusetts Supreme Judicial Court. From there he started his first job as a lawyer with his uncle’s law firm, where his largest client was Yellow Cab. In 1959, Tom got together with his friend Charley Shea, and they began their own firm, called Shea & Murphy (now Shea, Murphy & Gulde). In 1985, Tom was proud to welcome his oldest son, Tom, Jr. into the firm.

Tom was very involved in local town politics, creating a legacy of service to the Town of Burlington that he passed down to his children and which still continues to this day. Tom served as Town Moderator from 1959-1966, and again from 1984-1998. In between, Tom served as a Town Selectman from 1967-1969. He also assisted many local politicians with their campaign efforts throughout the years.

Along with many local friends and businessmen, he founded Burlington Bank & Trust in 1966, which was a very successful venture that served the citizens of Burlington well for many years. Among other youth sports in town, Tom was very active in the Burlington Pop Warner Football program, including serving as President. He served as a member of the Board of Trustees at Austin Preparatory School in Reading, where 3 of his sons attended high school. Tom was a very active member and a 4th Degree Knight with the local chapter of the Knights of Columbus, where he spent many Sundays playing golf with his many friends in the K of C golf league. He also spent several years as a member of the Lexington Golf Club.

Tom and Nancy led very busy lives as they were very involved in their children’s sports and other activities. Winter weekends for the Murphy’s were spent with their Winchester cousins, the Driscoll’s, skiing up in the North Conway area in New Hampshire. Spring, summer and fall weekends were spent racing from one game or event to another in an attempt to see each kid for at least part of their game, recital, or whatever type of event it was. Tom was proud to see his children grow up and start families of their own, and he became “Papa” to 18 grandchildren and 3 great-grandchildren.

Tom and Nancy had a wonderful life together. In 1996 they retired to Ossipee, New Hampshire, where they spent many days on the Indian Mound Golf Course with their many Ossipee friends. For several years they spent their winters in Lakeland, Florida. In 2013 they returned to Burlington, and Tom spent the last 6 years living at Stonebridge, where he made many close friendships. Tom will be remembered as a humble and dedicated servant to the community of Burlington, a very smart and accomplished attorney, and a loving husband, father, grandfather and great-grandfather to a very large family who loved him dearly and will miss him very much.