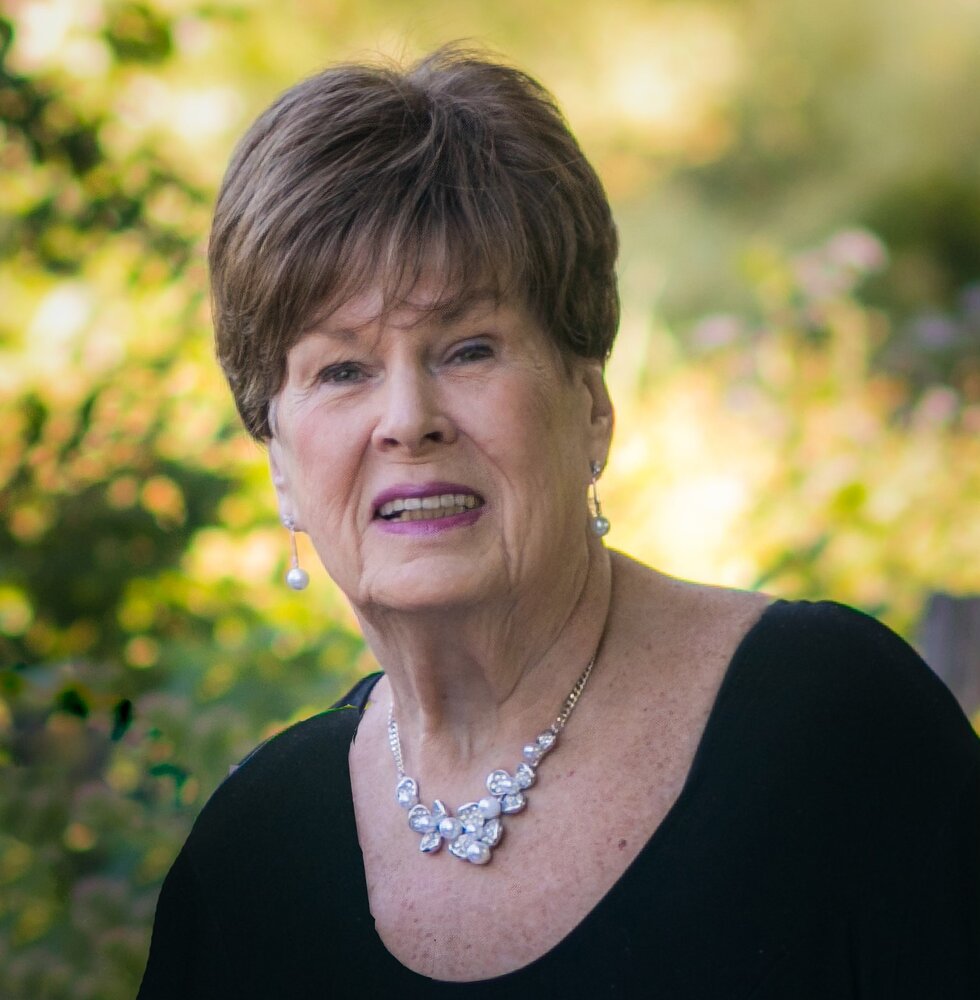 Please share a memory of Jean to include in a keepsake book for family and friends.
View Tribute Book

Clicking on the link (above) will bring you to our facebook page (sign-in is NOT required).  A live-stream of the funeral mass will begin shortly before 10am on Wednesday, November 3.

Jean Anderson, a woman devoted to her family and friends, passed away at her home with her family at her bedside on Friday morning, October 29, 2021.  She was 77 years old.  Jean was born in Boston.  She was the daughter of Irish immigrants, John and Mary (Higgins) Banks.  She was one of nine children living in a modest, but very active home in West Roxbury.  She was a 1961 graduate of Roslindale High School.  She then went to Burdett Secretarial School in Boston.  She took a position at Sylvania where she would meet her future husband, Charles “Charlie” Anderson.  They worked in the same building for several years but didn’t start dating until after he moved to another company.  They were married on September 23, 1967.  They lived in Woburn and Burlington for a spell before settling in Billerica in a new home in a new development.  They raised their 3 children in that home and it was filled with countless memories.  When the kids became adults, they moved to a town house in Tewksbury where they have resided for the last 18 years.

Jean gave up her career when her first child was born.  When they all went off to school, she went back to work part time.  When they were older, she took a secretarial position at Aerodyne Research where she worked for 25 years.  She finished her working career spending 10 years working as a secretary at M.I.T. Lincoln Labs.

Jean’s life revolved around her family and friends.  She was a loving and devoted wife to her husband, Charlie for 54 years.  They were a team as a couple, parents, and grandparents.  She was a loving and supportive mother who encouraged her children in their interests and activities.  She was kind, sweet, generous, and straight forward.  Nothing made her happier than when she became a “Nanny” to her 3 grandchildren.  She was there to help care for them when their parents worked, needed a night off, and wanted to be at every school event, activity, game, and celebration they had.  There were yearly family summer vacations spent at Biddeford and York, Maine, several family cruises, and the last trip several years ago to Niagara Falls.  Jean also had a great group of friends, most of whom were related, whom they have been close with for the past 50 years.  Saturday nights were always spent with their friends.  It could be just playing a game or cards at one another’s home, going out to eat, comedy shows, dancing, and or any other fun activity.  Then there were the numerous cruises to the Caribbean, trips to Australia, New Zealand, Ireland, Italy, Hawaii, Aruba, and countless other destinations.  Jean had an incredible sense of humor, a quick wit, and a huge laugh.,  She will be remembered for her love and devotion to her family, longtime friendships, and the kindness and love she shared with everyone who entered her life.

Jean was the loving wife of Charles W. Anderson. She was the caring and supportive mother of Pamela Meinhardt & her husband Craig of Chelmsford, Carolyn Anderson of Tewksbury, and Charles W. Anderson, Jr. & his wife Kathleen of Medford. She was the proud “Nanny” to Sarah, Elizabeth, and William Meinhardt. She was the sister of Helen Allaire of Foxborough, Patricia Kenney of Norwell, Maureen Higgins of FL, the late Mary Burns, Joseph, Martin, James, and Robert Banks.

Visiting hours will be held at the Edward V. Sullivan Funeral Home, 43 Winn St., Burlington on Tuesday, November 2 from 4-8 p.m. A Mass of Christian Burial will be celebrated at St. Margaret Church in St. Veronica Parish, www.stveronicama.org, 111 Winn St., Burlington on Wednesday, Nov. 3 at 10 a.m.  Services will conclude with a burial in Chestnut Hill Cemetery, Burlington.  Memorials in Jean’s name may be made to Care Dimensions, 75 Sylvan Street, Suite B-102, Danvers, MA 01923 or www.caredimensions.org. For directions, obituary, online guest book, and