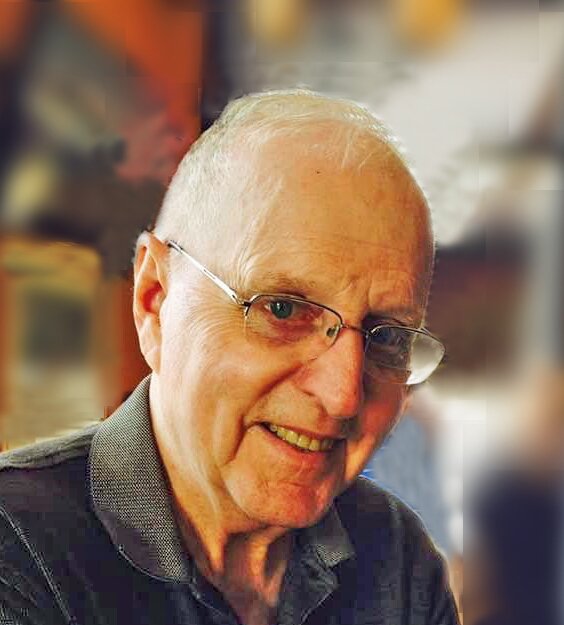 This link will bring you to the Funeral Services

Clicking on the link (above) will bring you to our facebook page (sign-in is NOT required).  A live-stream of the funeral service will begin shortly before 4 PM on Thursday, November 11.

The family asks that anyone attending the Wake or the Funeral Services to please wear a mask.

Paul J. Breen passed away peacefully at home with his wife Lydia by his side on Monday evening, November 1, 2021, he was 85 years old.  Paul was born in Methuen to the late John Henry and Elizabeth Grace Breen. Paul spent his school years in Lawrence, MA and graduated from Central Catholic H.S. He proudly served in the United States Coast Guard from 1954 to 1958, recipient of the National Defense Service Ribbon and Good Conduct Medal. After his service, Paul went to work, full time as a mailman and part time as a baker in the family bakery. His primary career was with the GSA, General Services Agency, as a Facilities Manager for over 32 years with the government's Boston office.

Paul was a loving and supportive father, raising 2 sons and 2 daughters in Lawrence, then moving the family to Burlington in 1973. As a larger than life role model for his children, his favorite sayings were "Do the right thing" and "Life is Good"!  As a lucky Irishman, good life carried Paul forward to St. Patrick's Day in 1981 when he met the love of his life Lydia Dass. They married in 1984, enjoying work, travels, and family together. Paul was an awesome grandfather to his two grandchildren Jeffrey and Angela. Nothing gave Paul and Lydia more enjoyment than spoiling them.  They enjoyed family vacations to Ocean Park in Old Orchard Beach and many other fun adventures.  When they were young children every Friday night was a sleep over with ice cream for breakfast!

Paul was not one to sit idle, whatever he did he “gave it his all”.  During his retirement years he volunteered at the Lahey Clinic in Burlington for over 10 years.  With his outgoing and energetic personality, helping the patients in the oncology infusion center was the perfect role for Paul.  He was an avid golfer with the Billerica Country Club being his favorite destination.   He also worked as a Starter at the Ferncroft Country Club in Middleton.   He had a close circle of friends that he worked out with, and they called themselves “the club”.  They met regularly at the health club and solved all the problems of the world while enjoying a cup of coffee in between workouts.

Paul will be remembered as a vibrant and outgoing man who had great love for his wife, children, grandchildren, and his close circle of friends.

Paul was the beloved husband of Lydia (Dass).  Loving father of David & his wife Laurie of Webster, NH, Susan Nardone & her husband Jeffrey of Wakefield, William & his companion Hazel Summit of Epping, NH, and Carol Young & her husband Mark of Billerica.  Proud grandfather of Jeffrey Nardone, Jr. & his wife Monica, and Angela Nardone & her boyfriend Ryan Barry.   Brother of John Richard Breen & his wife Jill of MD.  Son-in-law of Anne Dass of NY & the late William.   Visiting hours will be held at the Edward V Sullivan Funeral Home, 43 Winn St., BURLINGTON on Thursday, Nov. 11 from 2-4 concluding with Funeral Services at 4 p.m.  Relatives & friends respectfully invited to attend.  Burial will be private.  In lieu of flowers memorials in Paul’s name may be made to the Wounded Warrior Project.