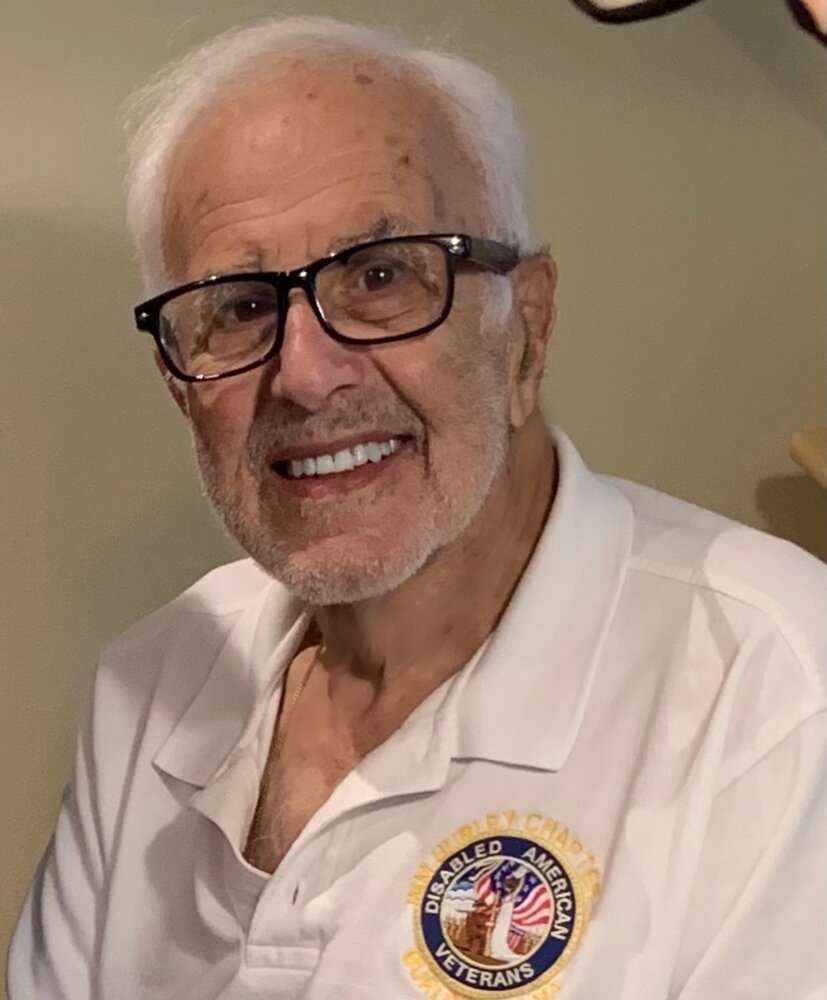 Please click on this link to watch the live-stream of the Funeral Mass.

The family asks that everyone coming to the wake to please wear a mask.  Thank you

Andrew A. “Andy” Giordano, a man who was always looking to help others, passed away at the Brigham and Woman’s Hospital in Boston on Monday morning, Nov. 22, 2021.  The beloved husband of 69 years of Rosemarie (Barufaldi) and devoted father to Andrew, Andy was 91 years old.

Andy was born and raised in Cambridge.  He was the one of five children born to the late Joseph and Josephine Giordano.  Andy was a graduate of Cambridge Rindge & Latin School.    He was a veteran of the Korean War serving his country in the United States Air Force from 1953 – 1957 achieving the rank of Staff Sergeant.  Andy was the recipient of the National Defense Service Medal and the Good Conduct Medal.   Being a veteran would play an important role throughout his life.

Andy had a close relationship with his brothers and sisters.  Being the oldest child, he was looked up to by his siblings and they considered him their role model.  He ultimately went into business with his brother Peter, and they opened two service stations called Giordano Brothers located in Watertown on the Belmont line.  They operated the stations for over 32 years.     Every Christmas Eve at 3:00 p.m. Andy would close the doors of the business to the public and open the doors of the station to all his regular customers and friends for his annual Christmas party!  The food was all homemade Italian food made by members of the Giordano family!

Andy would meet his future wife Rosemarie and they married in 1952 and lived in Belmont until moving to Burlington in 1964 where he would become very involved in the community.  When he moved to Burlington, he purchased the first home on his street and the developer named the street after him.    As a family they enjoyed spending summers at their Cape Home in West Yarmouth with the third week of July being Andy’s time with Rosemarie and Andrew.  Andy was a great provider, not only for his family, but for extended family, friends, and anyone in need.

Andy was a member of the Middlesex Country Deputy Sherriff Association serving on its Executive Board with his cousin Mike Giacoppo, who was a Past President of the Association.  For over 25 years they would provide over 100 thanksgiving dinners annually with all the fixings for needy veterans in the area.    Andy was also a member of the Disabled American Veterans and the Disabled and Limbless Veterans Organizations.  Andy worked with his three close friends Mike McNulty, Alan McRae, and Dominic Marcellino on many of his veterans’ projects.  His help of veterans at need extended beyond the town of Burlington.  He would do clothing drives, lunches, and all sorts of activities for the Veterans in Bedford, West Roxbury, and the Chelsea Soldiers Home.   Andy was instrumental in installing a box at the Burlington Town Hall where people could discard their old and worn flags in the proper manner.  Andy was a role model to the young and each year would attend the Rotary Club of Burlington’s High School Interact Club and talk to the students about his service experience and work with them on their annual fundraiser “socks for veterans”.  In 2006 he was awarded the Rotary Club of Burlington Citizen of the Year given to non-Rotarians who made a significant contribution to their community.  In 2016 Andy was unanimously nominated as the Grand Marshall for the Town’s July 4th Parade.   In 2015 he was presented the Distinguished Humanitarian Award.   Throughout the years, Andy would also help contribute food and supplies to People Helping People.    That was the kind of man he was, always putting the needs of others above his own.   Andy had a presence at every veteran’s event in Burlington whether it be selling poppy pins at the town elections to the Veterans Day and Memorial Day events in town.   He was a good friend to the Veterans Office in Burlington always lending a hand or providing his thoughtful advice.  For Memorial Day, together, Andy and Andrew used to place American flags at the graves of deceased veterans in the Burlington cemeteries.

A true Bostonian Andy was a Red Sox and Patriots Fan.  He was a lover and owner of antique cars.  Andy loved his visits to Market Basket where he would get his favorite “jelly donuts”!      Rosemarie and Andrew had a wonderful life together.   They were incredibly proud of their son Andrew and his singing talents.  Andy was a quiet man, but never missed an opportunity to share what show Andrew was performing in and what was going on in his sons’ life.   Andy and Rosemarie traveled to New York City, where they were so proud to watch Andrew make his debut on Broadway.  They also took a wonderful 2-week trip to Italy to watch Andrew perform in a show.  They also enjoyed a cruise to Bermuda.    Andy was a devout catholic and a longtime and active member of St. Barbara’s Church where he was a Eucharistic Minister.  Nothing brought greater joy to Andy’s life when Andrew returned home to Burlington, to be closer to his parents, and become the Associate Music Director at St. Barbaras.   In recent years Andy and Rosemarie both faced several health challenges, but their son Andrew was there to care and support them as they had always been for him.  Andy will be remembered as a kind, gentle and loving man who made touched many lives throughout his 91 years.

Andy was the beloved husband of Rosemarie (Barufaldi).  Loving and proud father of Andrew Giordano.  Brother of Rachael Williams & her husband Robert of Ayer, Lena of Waltham, Joseph & his wife Dorothy of Waltham, and the late Peter of Belmont.    Andy is also survived by many loving nieces, nephews, cousins, and friends.  Visiting hours will be held at the Edward V Sullivan Funeral Home, 43 Winn St., Burlington on Friday, Nov. 26 from 4-7 p.m.  Funeral from the Funeral Home on Saturday, Nov. 27 at 11 a.m. Followed by a Mass of Christian Burial in St. Barbara Church, 138 Cambridge Rd., Woburn at Noon.  Burial to follow in Pine Haven Cemetery, Burlington.  In lieu of flowers memorials in Andy’s name may be made to Disabled and Limbless Veterans, www.supportourvets.org or the Middlesex County Deputy Sheriffs Association, Inc. www. iddlesexcdsa.com both located at 35 Center St. Burlington, MA 01803.  The family asks that everyone attending the wake, please wear a mask.  You can watch a live stream of the Mass by going to https://m.facebook.com/woburncatholiccollaborative

Share Your Memory of
Andy
Upload Your Memory View All Memories
Be the first to upload a memory!