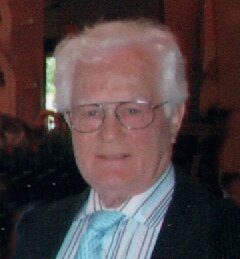 Jose Martins Silva, barber shop owner and active member of the Portuguese community passed away peacefully on Thursday morning, November 25, 2021. He was 94 years old. Jose was born and raised in Madeira Island, Portugal. From a very early age he became very self-sufficient and driven to succeed. After his education, he like all Portuguese men, served 2 years in the Portuguese Army. Following his military commitment, he set out to find his destiny in Venezuela. He

started a hair salon in Caracas, Venezuela and at one point had 30 employees. When he was 35 years old, he went on vacation to the United States to visit family. During his visit, he met Ezaura Gouveia from his cousin John Orfao who was a co-worker of hers at Cuneo Press, a printing company in Cambridge Mass. The couple fell in love and were married in 6 months’ time.  He gave up his business and property in Venezuela to start a new life in Massachusetts. They lived in Cambridge for a spell before settling in Arlington to raise their only surviving son.

He went to work at a barber shop and became accustomed to how businesses work in the United States. It didn’t take long for him to open his own barber shop called State Street Hairstyling which was located on State Street and Washington Street in Boston. He was a much better leader than a follower. He had an incredible work ethic and could make a connection with almost anyone. His clients included members of the Boston Bruins, Red Sox, prominent politicians, local celebrities, and residents from all over. He had five barbers working for him and ran the business until he was 86 years old. His customers truly appreciated his hairstyling talents and the friendship formed after decades of sitting in his barber chair talking about family, sports, and local and national events and politics. Jose worked hard to earn everything he attained and had a strong passion to give back to the community, especially Portuguese immigrants. He sponsored numerous families from Madeira Island, Portugal. He helped them work through all the red tape and paperwork required to apply for citizenship, find a place to live, a job, and even cosigned loans so they could buy homes or start businesses. He was a member, officer, and past president of several Portuguese American Clubs in Cambridge and Woburn. He also was a member of the Arlington Masonic Temple. He had a wonderful group of friends who all enjoyed going to socials, out dancing, numerous cruises, and vacations together.

He was always on the go and never wanted to miss anything. He was a devoted husband to his wife, Ezaura, for 56 years. They made a great team. He was the mover and shaker and she was the gracious and gentle one of the couple. He wanted to be a strong role model for his son. He had worked for everything in his life. He wanted his son to succeed and get an education, and stand up for what he believed in. When Jose became a “Voo Voo” to his grand daughter and son, he broke most of the rules he had followed as a father. He was their babysitter, spoiled them, took them on vacations and didn’t think twice of indulging their wishes and whims. When not at work or with his family and friends, he would be tending to

his garden and then sharing his harvest with family, friends, neighbors, and customers. Jose was a self-made man, who took pride in everything he did and achieved, wanted to give his family the things and opportunities he did not have growing up and gave of himself to others. He will be lovingly remembered by the countless persons he has touched during his lifetime.

Jose was the beloved husband of Ezaura (Gouveia) Silva. He was the loving father of Joseph Silva Jr and his wife Joanne of Wilmington. He was the proud grandfather of Dominique Silva and Joseph Silva III, both of Wilmington. He was the brother of Maria Jose Barbeito of Madeira, Portugal, Fernanda Dos Ramos Pereira of Venezuela and the late Alfred and John Silva. A Mass of Christian Burial will be held in St. Eulalia Parish, 50 Ridge St., Winchester, www. sainteulalia.org, on Wednesday, Dec. 1 at 10 a.m.  Relatives &amp; friends respectfully invited to attend. Burial will be private.  Arrangements under the direction of the Edward V Sullivan Funeral Home, BURLINGTON. In lieu of flowers memorials in Jose’s name may be made to the Massachusetts Alliance of Portuguese Speakers, ”Maps”, 1046 Cambridge Street, Cambridge, MA 02139, www.maps-inc.org. For obituary, online guestbook and memorial video see www.sullivanfuneralhome.net

Share Your Memory of
Jose
Upload Your Memory View All Memories
Be the first to upload a memory!