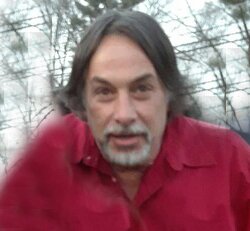 Obituary of Ralph A Matthews

Ralph A. Matthews of Wilmington, formerly of Burlington, passed away unexpectedly at his home on Sunday, December 12, 2021.  Ralph was born in Medford. He was raised in Burlington and a 1979 graduate of Burlington High School.  As a child he played youth hockey, football, and baseball on town teams.   He went on to graduate from North Shore Technical Community College and attended Northeastern University.  Ralph was self-employed in the High-Tech industry working on computers.   He was a collector of old coins, a hobby he shared with his twin brother Danny.  He loved dogs and the outdoors whether it was riding his motorcycle or a day of fishing on the lake.

The date for a private memorial will be announced at a later time.

Share Your Memory of
Ralph
Upload Your Memory View All Memories
Be the first to upload a memory!
Share A Memory