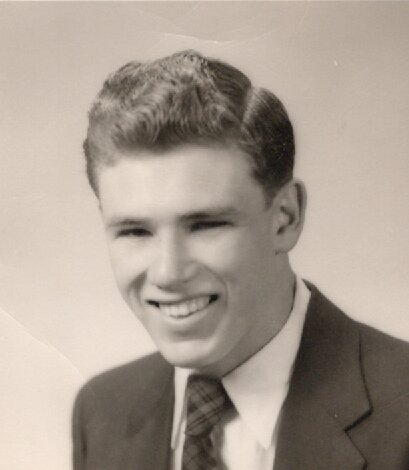 Please share a memory of Philip to include in a keepsake book for family and friends.
View Tribute Book

Phil Rowe passed away at the Lahey Hospital & Medical Center on Friday, December 24, 2021 with his beloved wife Mary by his side.   The beloved husband of Marie “Mary” (Cordima) Rowe, he was 85 years old.

Phil was raised in Sharon until he was 11 and then went to live with his Aunt Elinor who would continue to raise Phil in her Cambridge home.  Together for 67 years and married for almost 32, Phil and Mary began dating when he was 18 and she was 15.  Phil surprised his valentine, Mary, with an impromptu wedding on February 14, 1990, while they were vacationing In Las Vegas.  He enjoyed travelling with his wife, Mary.  Some of their trips included multiple trips to Las Vegas, China, Brazil, loved going to play the slots at Foxwoods or any casino, and many places around New England.  Mary and Phil would travel every year to visit their lifelong friends, Honey and Franny Boudreau in Florida.  After so many visits they decided to buy a home and spend winters there.  In 2006 Phil and Mary moved to Burlington where their nephew Scott put on an addition so they could be close to family.  Phil loved to scuba dive, swim, snorkel, canoeing.  Phil had a hobby/passion for collecting trains.   sometimes you could catch him wearing a conductor’s hat and with a train whistle in hand to add some special effects.   He enjoyed going to the train shows and he had quite the set up in his basement in which he would stay there for hours running the trains, cleaning the tracks, adding pieces to his collection, etc.  His face would light up when someone was visiting and asked about the trains, and he got to show them his collection.  He took pride in his set up.

Phil was the beloved husband of Mary Rowe.  He was the brother-in-law of Ann Currier & her husband Robert, Nancy Mack and the late Thomas A. Cordima.    Phil was the cousin of Charlie Rowe & his wife Charleen, and the late Paul Rowe.  Nephew of the late Elinor Rowe.  Phil is also survived by his caretakers and nephews Scott, Kevin, nieces Karen and Debbie along with many other nieces, nephews and friends, Honey and Franny Boudreau and family.  A vistitation will be held at the Edward V Sullivan Funeral Home on Sunday, March 13 from 11 a.m. - Noon. Concluding with fuenral services at Noon.  Burial will be priviate.  In lieu of flowers memorials in Phil’s name may be made to St. Jude Children’s Research Hospital www.stjudge.org

Share Your Memory of
Philip
Upload Your Memory View All Memories
Be the first to upload a memory!
Share A Memory