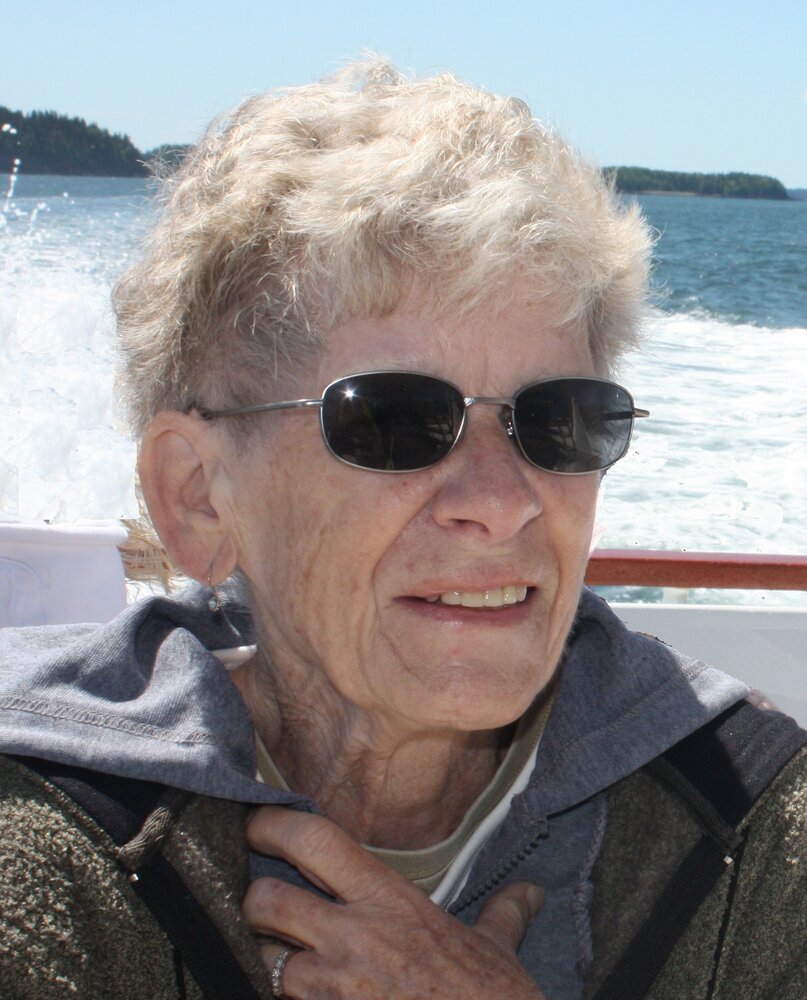 June M. Landin, 85, passed away at home on Thursday, December 30, 2021, following a lengthy illness. Born on June 27,1936 to the late Ernest and Helen (Ramsdell) Macurdy, June grew up in Watertown, MA. Exceptionally astute and articulate, June had a talent for language, arts, and music. June was a 1954 graduate of Watertown High School and went on to earn a bachelor’s degree in education from Massachusetts School of Art, Boston in 1958. June was a childhood friend to her husband Walter.  It was their faith that brought them together as a couple as they participated in the young adult group at the Phillip’s Congregational Church in Watertown.  They married on a snowy day in February of 1962 upon his return from Army service.

She worked in the Gardner, MA school system as the art program supervisor for the elementary and junior high schools. In 1963, June and Walter moved to Burlington to raise a family. A dedicated mother and grandmother, June possessed an innate ability to teach. In her children and grandchildren, June fostered high self-esteem and embraced individuality while also encouraging the development of a strong moral compass.

June was a passionate sports fan. She both played and managed softball in the Burlington women's fast pitch league throughout the 1960's, often undefeated. She never missed any of her children’s and grandchildren’s games and was often seen on the sidelines with oranges, sitting up in the stands in the worst of weather for home and away games. June was especially fond of football, an avid Harvard fan, attending games with her father, then bringing the joy of tailgating at Soldiers Field with her family. She spent many a fall afternoon or evening in the family room watching games. Often full of praise for her favorite players and coaches, June also did not hold back her criticism for plays gone wrong or bad calls. Had she been able, she would have fulfilled her childhood dream of being the quarterback herself leading her team to victory.

June had a great love of animals and enjoyed watching the birds and other wild creatures that would visit her backyard from the woods beyond, always with a Golden Retriever faithfully by her side. Over the years, June raised many cats, Labs and four Goldens from puppyhood; she leaves her most recent, Sunkissed Emma Lee.  June had many dear friends and neighbors through the years and took great pride in trying to stay in touch with all their family happenings. She will be remembered for her quick wit, her sense of fair play, her resolve in her convictions, and her determined spirit.

June is survived by her devoted husband, Walter B. Landin, and her three children: daughter Karen R. Titemore and her husband Rob of Deerfield, NH, Rev. Kenneth C. Landin and his wife Jeanne of Franklin, and Wendy B. Landin and her husband Eric D. Snodgrass of Concord, NH. She is also survived by a sister, Elizabeth Taylor and her husband John of Bedford. She was preceded in death by a brother, William B. Macurdy of Falmouth. She was the proud grandmother of Richard Genetti and his wife Kelsey, and Peter Farrell and Auntie June to many nieces and nephews, all of whom she cared for deeply. Her grandmother’s love extended to Ryan and Renée Titemore, Katie Grenon and Marta Finewood and their daughters.

A private service will be held at a future date.  Memorials in June’s name may be made to Middlesex East Visiting Nurse Hospice, 800 W Cummings Park Ste 5000, Woburn, MA 01801-6356 or Beth Israel Lahey Health at Home.

Share Your Memory of
June
Upload Your Memory View All Memories
Be the first to upload a memory!
Share A Memory