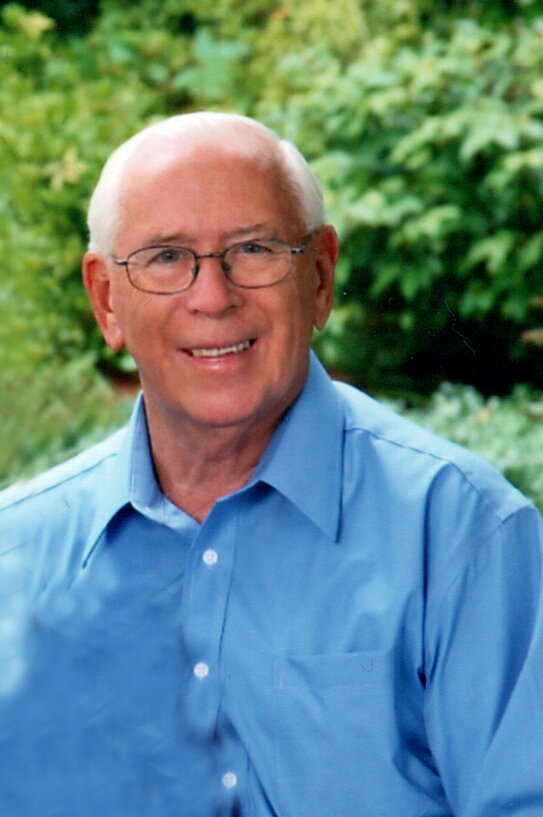 Robert J. Callahan, a man who spent his career in the retail industry as a salesman, buyer, and business owner, passed away after an extended illness at his home surrounded by his family on Thursday, December 30, 2021.  He was 85 years old.  Bob was born in Medford.  He was one of two sons born to Francis and Simone Callahan.  He grew up in Somerville and was a graduate of Somerville High School.  He went on to attend Northeastern University.  He enlisted in the Army in February of 1958 serving one year and then five years in the reserves where he was honorably discharged as a Specialist 5th Class.  Bob spent his entire career in retail sales.  He worked for 25 years at Lechmere Sales.  The first half was spent as a salesman and buyer in their sporting goods and luggage departments.  Then with years of sales experience, he went into the corporate office as a purchasing agent for Lechmere.  When Lechmere was sold, he moved on to open his own business, Robert Callahan Associates, where he sold luggage and leather products at his showroom in Bedford.  He ran that business for 15 years before retiring at the age of 68.  He was a natural salesman, had a strong work ethic, and often spent 70 to 80 hours a week working.  He had many clients whom he served for decades whom he treated like friends and family.  Many clients insisted that Bob have dinner with them at their homes when he was traveling overnight.

Bob was a man that was devoted to his faith, community, and his family.  He was a longtime member of the Burlington Knights of Columbus.  He served as the council’s Treasurer, Faithful Navigator of the 4th Degree, and was a member of the Honor Guard.  He participated in ceremonials, church events, fundraisers, and socials. Bob also worked and managed many local and state elections for Burlington. He was a longtime parishioner of St. Margaret’s Church.  He enjoyed playing golf with his sons, friends, and his fellow Knights.  He was an active member of the Winthrop Stamp Club for decades.  He loved to travel and had seen much of the world, however his favorite destination was the little island of Aruba where he and Estelle stayed at the La Cabana Beach Resort for 32 consecutive years. Those days were spent with a large group of his “Aruba friends”, walking the beaches, sitting on the beach talking about almost anything, swimming, dinners, and a nightly visit to one of the many casinos.  He and his wife of 63 years, Estelle, loved to dance.   At home, he was a self-taught handy man.  He could do his own plumbing, carpentry, electrical, landscaping, painting, wallpapering, and almost any other household project needing attention.  His sons remember days spent with their dad fishing, golfing, camping, and Boy Scout trips and activities.  His retirement years were spent being a “Grampie” and “Bup” to his six grandchildren and six great grandchildren.  He took them on walks around Horn Pond, played games, went to their games and school events, and summers at the family cottage in Ogunquit, Maine.  He will be remembered as a person who could talk to anyone, kindhearted, witty, and loving.  He was so proud of sons, daughters-in-laws, and grandchildren for the achievements, life decisions, and keeping the Callahan family bond strong and filled with love and laughter.

Bob was the beloved husband of Estelle (Patturelli) Callahan.  He was the loving father and father-in-law of Robert & his wife Laureen of Derry, NH, John & his wife Patricia of Boxford and Michael & his wife Melanie of Middleton.  He was the proud grandfather of James, Alexander & Holly Callahan, Amanda Carmichael, Danielle Gill, and Kayla Hawn.  He was the great grandfather of Emma, Addison, Weston, Abbie, Bradley & the late Robert.  He was the brother of Francis Callahan of Baltimore, MD.  He was also survived by many nieces, nephews, and dear friends.

Visiting hours will be held at the Edward V Sullivan Funeral Home, 43 Winn St., BURLINGTON on Monday, Jan 3 from 4-7 p.m.  Funeral from the Funeral Home on Tuesday, Jan 4 at 9 a.m.  Followed by a Mass of Christian Burial at St. Margaret’s Church in St. Veronica Parish, 111 Winn St., Burlington at 10 a.m.  Services will conclude with burial in Pine Haven Cemetery, Burlington.  In lieu of flowers memorials in Bob’s name may be made to Beth Israel Lahey Health at Home (Hospice), 51 Mall Road, Burlington, MA 01805 www.laheyheath.org