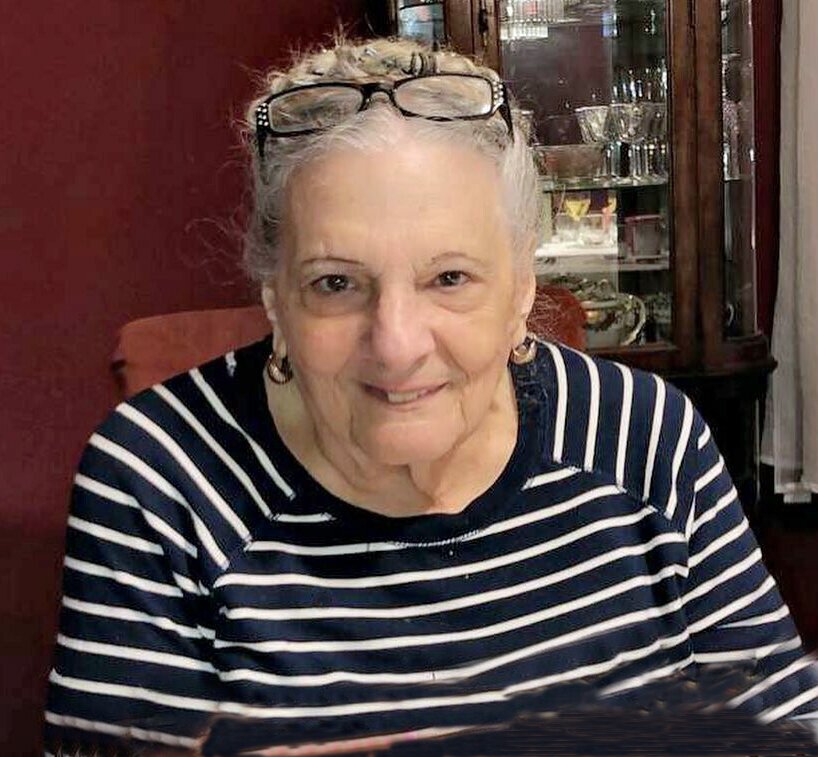 Clicking on the link (above) will bring you to our facebook page (sign-in is NOT required).  A live-stream of the funeral mass will begin shortly before 10am on Saturday, January 8th.

Eleanor “Ellie” P. (Fumicello) passed away at the Life Care Center of Merrimack Valley on Friday, December 31, 2021.  The beloved wife of the late Ferdinand Santarpio she was 90 years old.

Ellie was born in East Boston. She was raised and educated in Somerville.  She was the daughter of Italian immigrants the late Michael and Constance Fumicello.    Ellie would meet Freddie Santarpio in East Boston where he was cooking at a social event.  They married in 1951. They lived in Dorchester, Roxbury and Somerville from 1951-1967 and in Burlington from 1967 – 2001 where they would raise their five children.

Ellie was an active woman who always had a lot going on in her life.  In addition to raising five children, she had a long and successful career as a Controller in the Automobile industry. She worked for several companies including Burlington Dodge, West Newton Chrysler and Mirak Chevrolet.  Her last job was working alongside with her sister Joan at James Lincoln Mercury in Wakefield.    Ellie was a sharp woman who had great organizational and mathematical skills which made her role as a Controller and Office Manager the perfect job for her.  Throughout her life Ellie kept with all the recent developments in technology including using an I-phone and tablet at the age of 90.

Family vacations for the Santarpio family were spent at York Beach in Maine.  She also enjoyed taking trips with the Sons of Italy and visited destinations such as Florida and Jamica.  Ellie was a great cook with ricotta cheese pies, Italian cookies, eggplant parmesan being her specialties.   She also enjoyed crocheting and knitting which she taught to school students as part of her senior activities.

Her grandchildren were everything to Ellie.  She loved being a Nana and Great Nana.  In recent years Ellie had lived at the Life Care Center of Merrimack Valley where she had a large presence with her outgoing personality and infectious laughter!      Ellie will be remembered as being the Matriarch of the Santarpio family providing support and unconditional love to her husband, children, grandchildren, and great grandchildren.

Memorials in Eleanor’s name may be made to the American Cancer Society, 38 Chauncy St STE 700, Boston, MA 02111, www.cancer.org.

Share Your Memory of
Eleanor
Upload Your Memory View All Memories
Be the first to upload a memory!
Share A Memory