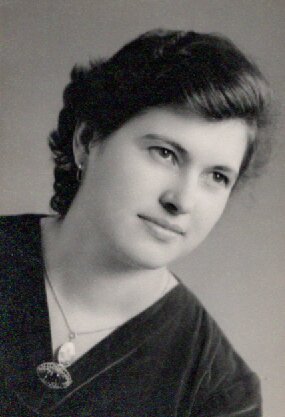 Click on this link to view the livestream of the funeral mass on Thursday, Jan. 13 at 10 a.m.

Maria (Rego) Moreira passed away at the Winchester Nursing Home on Friday afternoon, January 7, 2022.  The beloved wife of Daniel R. Moreira, she was 83 years old.

Maria was born in St. Michaels Azores Portugal.  She was one of 10 children born to the late Jose and Agueda Rego.  Maria would meet her future husband Daniel as a young adult.  They married while still living in the Azores.  In February of 1966 they came to the United States for better opportunities.  They lived in Somerville for several years before moving to Woburn where they raised their two sons.  Maria worked at Fenton Shoes in Cambridge as a seamstress for several year.  She then went to work at Lahey Hospital & Medical Center in the Linen Dept. for over 12 years.

Maria’s primary role in life was that of wife and mother.  She was a wonderful cook and loved to feed her family.  Her Portuguese recipes were her specialty.  As a family, they enjoyed taking road trips to Canada to see members of her family that had moved there.    Maria will be remembered as a quiet woman whose greatest passion was caring for her family.

Maria was the beloved wife of Daniel R. Moreira.   She was the loving mother of Nelson Moreira & his wife Sandra of Walnut Creek, CA and Richard Moreira & his wife Kelly of Lunenburg.  Proud grandmother of Alec, Matthew, Nick, and Eric.     Visiting hours will be held at the Edward V Sullivan Funeral Home, 43 Winn St., Burlington on Wednesday, Jan. 12 from 5-7 p.m.  Funeral from the Funeral Home on Thursday, Jan. 13 at 9 a.m.  Followed by a Mass of Christian Burial at St. Barbara Parish, 138 Cambridge Road, Woburn at 10 a.m.  Burial to follow in Woodbrook Cemetery, Woburn.   Masks are required at the wake and the funeral mass.

Share Your Memory of
Maria
Upload Your Memory View All Memories
Be the first to upload a memory!