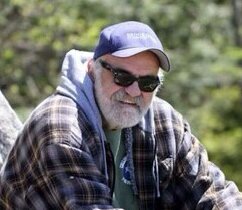 Please share a memory of Thomas to include in a keepsake book for family and friends.
View Tribute Book

Thomas G. Hirl, 77, died unexpectedly at his Burlington home on Friday, January 7, 2022. Tom was born in Boston and was raised and educated in Belmont by his loving parents, the late Thomas and Margaret Hirl.

Tom proudly dedicated many years to the Air National Guard, earning the rank of Master Sergeant.

He served with distinction as the Non-Commissioned Officer in charge of the weapons loading shop in the 102 Fighter Wing from July of 1965 until his retirement in August of 1993. During his 28 years of service with the 102d FW, Tom worked with several different aircraft including the F84, F100, F106,  concluding his storied career working with the F15. Over the years he participated in many assignments including Alaska, Panama, Goose Bay, Hawaii, and Tyndall Air Force base in Florida. One notable distinction of his career was his work with the AIR-2 Genie rocket, a nuclear-tipped warhead designed to destroy swarms of Russian bombers.

Another source of pride for Tom was his work for the Commonwealth Gas company in Cambridge, where he was a field technician for over 30 years. He often told stories of the people he would meet

while working within their homes, and always went over and beyond in meeting the needs of anyone he encountered.

Tom moved to Burlington Massachusetts in the early 1970s, and later fulfilled his lifelong dream of owning a second home in Maine on the Ossipee River. He could often be found sitting down by the river or working at clearing the woods on his property. Nothing brought Tom more happiness than spending time with his family, his long-term companion the late Trudy Thomas, and enjoying the beauty of nature around him. Known for his sense of humor, intelligence, moral integrity, and deep love for his family, Tom will forever be remembered as a genuine man. His love and compassion also extended to his devotion to animals, for which he had many throughout the years. Of late his beloved cat "Mama Boots" was always by his side, a constant source of comfort for Tom.