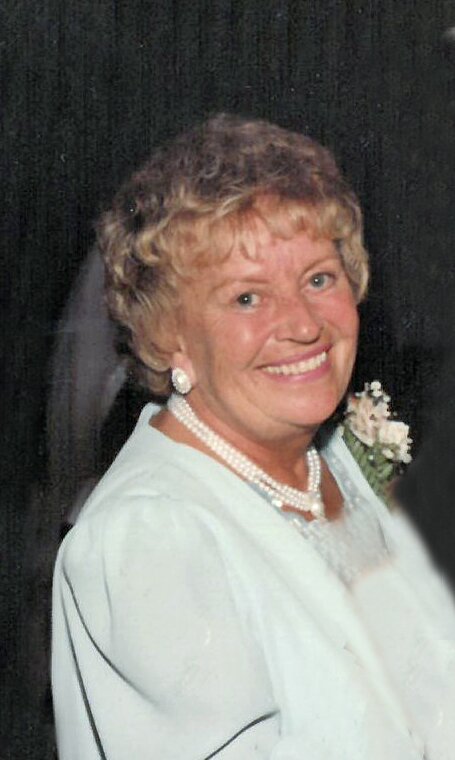 Maureen G. Robillard, a traffic supervisor in Burlington for 34 years passed away at the Lahey Hospital on January 12, 2022.  She was 78 years old.  Maureen was born in Great Barrington, Massachusetts.  She was one of three daughters born to Charles and Mazie Tuohey.  She grew up and was educated in Dorchester.  She married her husband in January of 1963 and they eventually settled in Burlington in 1973.  She worked for 34 years as a traffic supervisor for the Burlington Police Department.  She was that familiar face conducting traffic at the Burlington High School for decades.  It wasn’t a job for the faint of heart.  There were 2 lanes of traffic on each side, young drivers rushing to school, winter storms, frigid temperatures, torrential rains, heat waves, and countless other challenges every day, but they never stopped her from showing up dressed in her uniform and weather gear keeping order, everyone safe, and keeping chaos away.  She finally retired in January of 2016 at the age of 74.  She had a lot of wonderful memories and a few crazy stories about her experiences over the years.  She had also worked for almost 15 years as a nurse’s aide at the Woburn Nursing Center.

Maureen was a woman devoted to her family.  She was constantly returning to Dorchester to be with her mother and sisters with whom she had a wonderful bond.  Beach days with her children were spent at the same beaches where she played as a child;  Savin Hill, Malibu, and Tenean beaches in Dorchester.  Family vacations were spent on Cape Cod.  She was a great cook.  Her specialites always attracted a crowd.  Even her children's friends would try snatch a meatball or two. She had a great sense of humor and treasured the time spent with all of her family.  During the past few years her declining health presented some challenges, but she was determined to remain in her home of 48 years.  Thanks to the help of her children and grandchildren that wish came true.  She will be remembered as a strong, independent woman, who loved her family.

Visiting hours will be held at the Edward V. Sullivan Funeral Home, 43 Winn Street, Burlington on Sunday, January 16, 2022 from 2-4 p.m. Funeral from the Sullivan Funeral Home on Monday, January 17 at 9 a.m. Followed by a Mass of Christian Burial at St. Margaret Church in St. Veronica Parish, www.stveronicama.org,  111 Winn Street, Burlington at 10 a.m. Services will conclude with a burial in New Calvary Cemetery in Boston where she will be buried with her husband and 2 of her daughters.

Share Your Memory of
Maureen
Upload Your Memory View All Memories
Be the first to upload a memory!