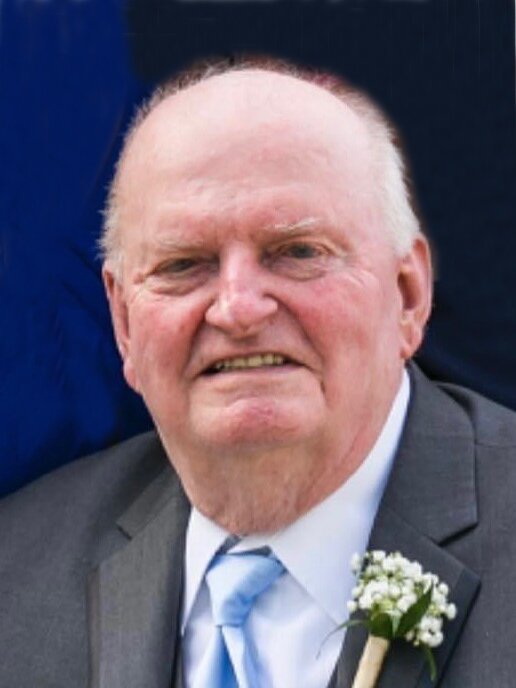 Richard F. Skinner, a resident of Burlington for 61 years, U.S. Marine Veteran passed away on Friday night, January 14, 2022.  He was 88 years old.  Richard was born in Boston and grew up in Somerville.  He was one of two sons born to Harold and Edith Skinner.  He enlisted in the Marines and served from October of 1952 to October of 1955.  He held the rank of Sergeant and was a combat engineer for the Marines Second Engineering Battalion.  He was the recipient of the Korean Service Medal, National Defense Service Medal, Good Conduct Medal and the Navy Occupation Medal.  He was extremely proud to serve his country as a U.S. Marine and will be buried with military honors.

After his military service, Richard went to work for Jerguson Gage & Valve as a machinist.  There he would meet a fellow employee and love of his life, Eleanor Yamello, and they married in 1959.  He was forced to retire in 1984 when he was diagnosed with Multiple Sclerosis.  He volunteered for many years at the Choate Hospital and then Winchester Hospital.  He also remained deeply involved in his Veteran’s organizations.

Richard had a number of interests and hobbies over the years.  He loved playing baseball in his younger days and was a loyal Red Sox fan.  He was a talented gardener, loved tending to his yard and feeding the birds.  He loved collecting U.S. stamps as well as stamps from different countries, filling up numerous notebooks.  He enjoyed taking his wife and family on mystery rides, going out for ice cream, family vacations to the White Mountains in New Hampshire and the Samoset Resort in Maine.  He and his wife also had the opportunity to travel across the United States and some of Europe.  He was always asking his children and grandchildren, “can I do anything for you”.  He helped care for his grandchildren after he retired and loved being a part of their lives.  He was a very honorable and caring man who loved his family, community and country.

Richard was the beloved husband of 62 years of Eleanor (Yamello) Skinner. He was the loving father of John Skinner & his wife Colleen of Wilmington, Donna Douglass & her husband Bob of Burlington, and Diane Hynes & her husband Frank of Billerica.  He was predeceased by his brother, Harold Skinner. He was the proud grandfather of Sean Johnson & his wife Kathleen, Kristin Rubino & her husband Joseph, Kevin Skinner & his wife Kristen, Kyle Skinner & his fiancé Amanda Johnson, Brendan Hynes & his fiancé Taylor Stanley, Samantha Hynes, Bryan Hynes, Kara Douglass, and Colleen Douglass.  He was the great grandfather of Jack & Owen Johnson, William & Evelyn Rubino, and Zackary Skinner.  He was the brother-in-law of John and Pat Lyons and the late Joseph Yamello.  He also leaves behind many loving nieces, nephews and cousins.

Visiting hours will be held at the Edward V. Sullivan Funeral Home, 43 Winn St., Burlington on Wednesday, January 19 from 4-7 p.m. Funeral from the Sullivan Funeral Home on Thursday January 20 at 9 a.m. Followed by a Mass of Christian Burial at St. Margaret Church in St. Veronica Parish, www.stveronicama.org, 111 Winn St., Burlington at 10 a.m. Services will conclude with a burial in Chestnut Hill Cemetery, Burlington. Masks will be required for visitation and mass.