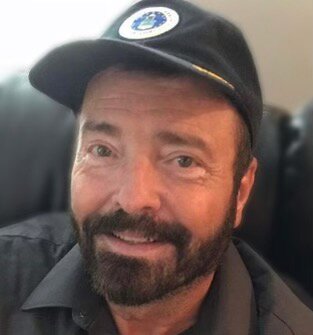 Please share a memory of Michael to include in a keepsake book for family and friends.
View Tribute Book

Michael Matthew Stephens passed away peacefully at Umass Memorial Hospital in Worcester, MA on January 18, 2022.  He was 64 years of age.

He was born in Somerville, MA on August 13, 1957.  Michael was the son of the son of Mary Middlebrook of Burlington and the late John Stephens.   He is survived by his wife Elizabeth Stephens and sons Michael, Christopher, and Eric. Daughter in-laws, Laura and Daniela Stephens. Mike is also survived by his 4 siblings, John Stephens, Sandra Murphy, Randy Middlebrook, and Denise Matthews, as well as his mother, Mary Middlebrook. He is also survived by his grandchildren: Mikayla Laverdure, Brooklyn Boisvert, Madeline Stephens, Lucas, Jordan and Dylan Stephens as well as several nieces and nephews too numerous to list.

Mike grew up in Burlington, MA and graduated from Burlington High School in 1975. Shortly after High School, he married the love of his life Elizabeth Stephens and started his career in the Air Force. Throughout his 21 years of service, Mike fought in 2 tours: the Gulf War and Desert Storm. He held several leadership positions throughout his career including Senior Flight Chief, Superintendent of Bio-Environmental Engineering, and Retired as a Master Sergeant at the age of 40.

Shortly after, he became a born-again Christian and dedicated his life to Christ. He became an ordained minister after completing his Theology degree at Baptist Bible College East, while attending Heritage Park Baptist Church in Burlington, MA as an Associate Pastor. Prior to becoming ordained, Mike & Liz spent many years ministering at Neville Center Nursing Home in Cambridge, MA. Mike knew God had called him to spread the gospel, so shortly after retiring from the service, he started a church of his own, Seacoast Baptist Church in Eliot, ME.

Mike was the lead pastor of his church for 20 years and had an instrumental impact on the community through his outreach which helped change the lives of so many in unprecedented ways. During his years of ministry, he held the roles of Chaplin on the Portsmouth Naval Shipyard, the Eliot Police Dept. and Seacoast Hospice. His entire life was the epitome of selflessness, devotion, and dedication to serving others, even in the most difficult end-of-life situations.

Mike was boldly authentic and the true definition of a family man.  He loved his wife, children, and grandchildren with complete unconditional love. He loved nothing more than spending quality time with them. He was an excellent mechanic and enjoyed not only repairing things but people as well, home improvement projects, teaching life lessons, walks on the beach, trips to the mall, music, and sporting events - as he was a huge New England sports fan.

Michael will be truly missed by his family and friends, but we all know in our hearts that we will see him again one day.

His Funeral Mass will be celebrated at Heritage Park Baptist Church at 129 Lexington St. Burlington, MA on Saturday January 22nd, at 10 a.m. Visitation for relatives and friends will be held at the Edward V Sullivan Funeral Home, 43 Winn St. Burlington, MA on Friday January 21st from 4:00 -7:00 p.m.   Interment will be at Mount Pleasant Cemetery on State Rd. Eliot, ME on Monday January 24th at a time to be announced.  In lieu of flowers memorials in Michael’s name may be made to La Jolla Institute for Immunology for COVID-19 Research, 9420 Athena Circle, La Jolla, CA 92037  www.Lji.org or American Cancer Society, 3 Speen St., Framingham, MA 01701 www.cancer.org