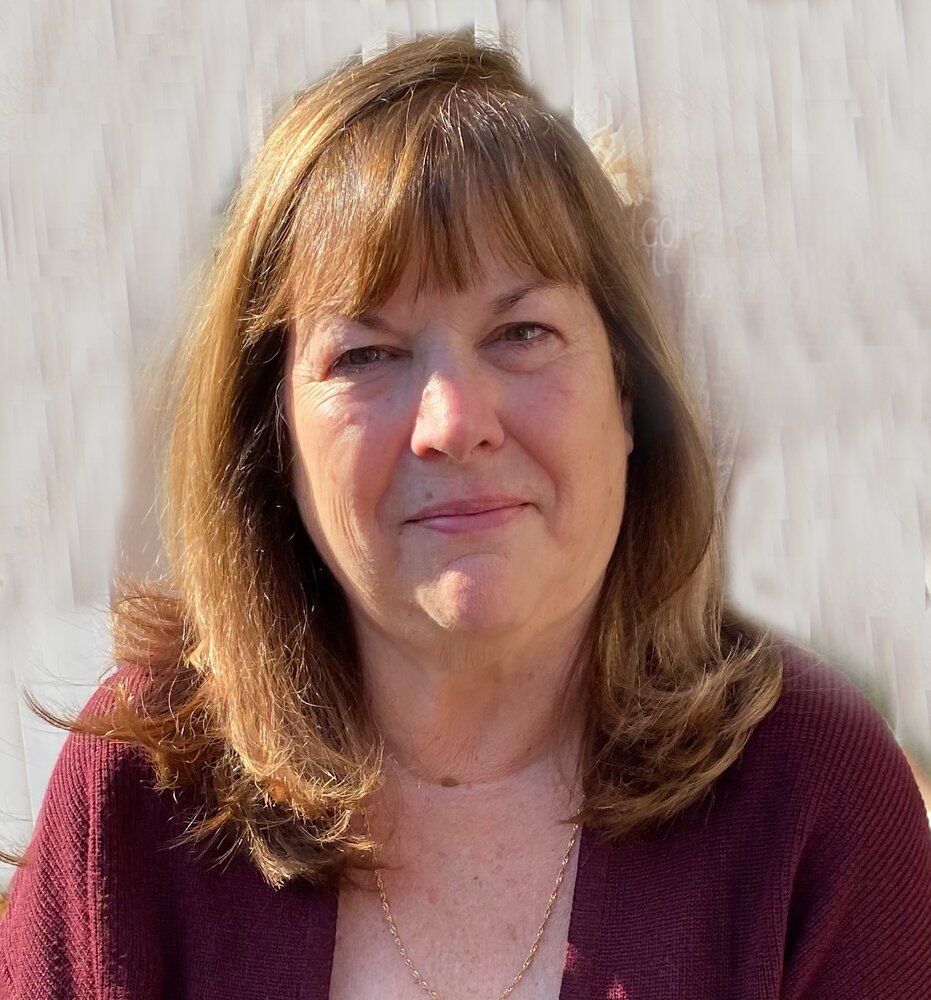 The above link will bring you to our facebook page (sign-in is NOT required) to view a live-stream of the funeral mass.  The live-stream will begin shortly before 10am on Tuesday, Jan 25th.

Janet was born in Cambridge. She was raised in Burlington and a 1974 graduate of Burlington High School.  Janet went on to attend the University of Massachusetts in Boston.   It was while working at K Mart in Billerica that Janet would meet the love of her life, Jim McFall.   They married on August 28, 1976. They lived in Woburn, Somerville, and Colorado before settling in Billerica in 1990 where they raised their family. Janet worked as a Campaign Manager at TechTarget in Newton for the past 10 years.

Janet had a passion for travel and music. When her children were young, they enjoyed family vacations camping in New Hampshire and Maine.    She traveled with her immediate and extended families to many exciting destinations including Ireland, Australia, New Zealand, Italy, as well as many Caribbean Islands.  In the United States, Alaska, Hawaii, California, Las Vegas and Disney were her favorite destinations.  Her family had a memorable Caribbean cruise with 28 members of the Gillis family celebrating her Mom and Dad’s 50th wedding anniversary.  Janet loved attending concerts, counting Don Henley, Jimmy Buffet, the Eagles, and Dan Fogelberg among her favorites.  Music was the constant background noise in the family home, hotel rooms and cruise ship cabins.  Janet’s hobby was photography.  She was the woman behind the scenes capturing so many wonderful moments in the McFall and Gillis family celebrations.

Family was everything to Janet.  She had a wonderful marriage to her husband Jim.  They weren’t just husband and wife they were the best of friends.  She was loving, supportive, and very present in her children and grandchildren’s lives.  She was an advocate for them and the voice to make sure they were treated fairly.  Janet was an organized woman who always had a plan and was always prepared.  Growing up in a large family taught her the value of family relationships and she maintained a close bond with her six brothers and sisters. Janet loved to cook with her specialty being her half-moon cookies and her grandmother’s special recipe of butterhorns.   Christmas was her favorite holiday, Janet poured herself into every detail of the season, in an effort to make it special for the ones she loved. Janet will be remembered for her outgoing, caring, and loving personality.  Her sudden and unexpected passing leaves her family with a heavy heart but also so many treasured memories.

Janet was the beloved wife of James V. McFall, III.  Loving mother of Meganne Giraldo, Ryan McFall both of Billerica and Brendan McFall of TX.  Proud grandmother of Arianna, Antonio & Andrew.  Loving daughter of Patricia Gillis & her late husband John of Burlington.  Sister of John F. Gillis, III of CA, Kenneth Gillis of Billerica, Edward Gillis of CA, Stephen Gillis of Franklin, Peggy Gillis-Keating of Woburn, and Tricia Gillis of Weymouth.  Sister-in-law of Patricia Fluet of Norwich, CT.  Visiting hours will be held at the Edward V Sullivan Funeral Home, 43 Winn St., BURLINGTON (Exit 34 off Rt. 128/95 Woburn side) on Monday, Jan. 24 from 4-7 p.m.  Funeral from the funeral home on Tuesday Jan. 25 at 9am, followed by a Mass of Christian Burial in St. Veronica Parish at St. Margaret Church, 111 Winn St., Burlington at 10am.  Burial will be private.

In lieu of flowers, memorials in Janet’s name may be made to the MSPCA, 350 South Huntington Ave., Boston, MA 02130 www.mspca.org

Share Your Memory of
Janet
Upload Your Memory View All Memories
Be the first to upload a memory!
Share A Memory