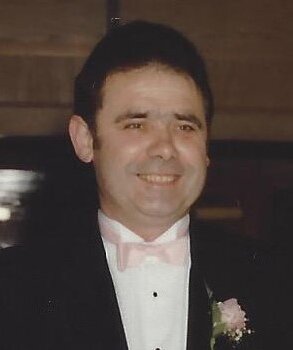 Please share a memory of Jovan to include in a keepsake book for family and friends.
View Tribute Book

Jovan “John” Purkar passed away on Friday, January 21, 2022. The beloved husband of Evanthia “Evie” (Papaioannou), he was 80 years old.

John was of Romanian descent and was born in Lokve, Serbia (the former Yugoslavia).  He was one of 7 children born to the late Jon and Maria Purkar.  John was raised in Lokve where he lived until the age of 18, when he left his country as a refugee and moved to Italy.   At age 20, he left Italy to move to Australia where he would meet his future wife, Evie, who was living in Melbourne to attend nursing school.    John’s eventual goal in life was to move to the United States.  He and Evie married while living in Australia where their daughter Maria was born.  In 1968, they moved to New York to be closer to John’s family who had settled there.  They eventually moved to Massachusetts and bought a home in Woburn.

John’s life was all about his family.  He worked hard to provide for his wife, daughter, and grandchildren.  John had a long career as a print press and binder machine operator   Sundays were filled with church and family dinners.  He loved his wife Evie’s cooking and enjoyed gardening with her.  John loved all sports, with soccer and tennis being his favorites.   John, Evie, Maria, and her family travelled extensively together.  They took several trips to Serbia, Greece, New York, and Australia to visit family.   When family came to visit John in the U.S., there was always a trip planned to visit Niagara Falls.    John enjoyed taking day trips to the mountains of New Hampshire and the beach.   He was an outgoing man who enjoyed meeting new people and learning about their backgrounds.   He could strike up a conversation with anyone about anything, but his favorite subjects were politics and world events.  He loved to crack a joke and make people laugh.  During his retirement years, he enjoyed passing the time by watching old western movies and cuddling on the couch with the family dog, Beau.

John’s grandchildren were his pride and joy. He had a close bond with Christina, Julia, & Nicholas and they were a huge part of his life.  John and Evie were very involved in raising their grandchildren, and they were present for all the important milestones and events in their grandchildren’s lives.  John will be remembered as a man who embraced life and always put the needs of his family above all else.

John was the beloved husband of Evanthia “Evie” (Papaioannou).  Loving and devoted father of Maria Roberto & her husband Richard of Burlington.  Proud grandfather of Christina Roberto & her husband Michael Dunn of Los Angeles, Julia Roberto of Burlington, and Nicholas Roberto of Burlington.  Brother of Doina Radulov of NY, Liana Baba of NY and the late Ilija Purkar, Maria Keci, Persa Muncan, and Anna Tapalaga, and loving uncle to many nieces and nephews.  A visitation will be held at the Annunciation of the Virgin Mary Greek Orthodox Church, 70 Montvale Ave, Woburn on Friday, January 28 from 9-10am, concluding with funeral services at 10am.  Burial to follow in Chestnut Hill Cemetery, Burlington.

In lieu of flowers, memorials may be made to the Annunciation of the Virgin Mary Greek Orthodox Church Building Fund.

Share Your Memory of
Jovan
Upload Your Memory View All Memories
Be the first to upload a memory!
Share A Memory