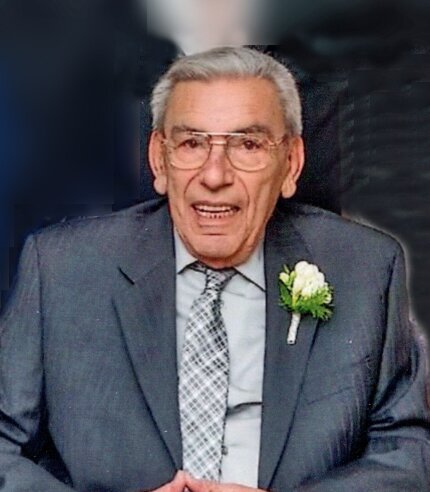 Please share a memory of John to include in a keepsake book for family and friends.
View Tribute Book

John C. Annese passed away at his home on Saturday evening, Jan 22. 2022. The beloved husband of Rosemarie “Marie” (D’Angelo) he was 84 years old.  John was born, raised, and educated in Revere.  He was the son of the late Carmen and Bradie Annese.   After school he served his country in the United States Air Force for two tours of duty from 1954 to 1958.  After the service John purchased a truck and started his own business.  It was while getting his truck repaired at Broadway Brake in Somerville that he would meet Marie D’Angelo.  They married on June 8, 1968.  They would live in Revere, Stoneham and eventually moved to Burlington in 1985. In 2014 they moved to Woburn.  John had his own business for many years and ended his career working at Broadway Brake, as a salesman.

John led a full and active life and had many interests.  He had a love of boating and owned a 26’ Seaswirl boat.  John and Marie spent a lot of their time boating throughout Boston Harbor and the Charles River.  They enjoyed fishing off their boat and watching the July 4th fireworks.  They also took several trips together visiting California, Florida, Arizona, and Cape Cod.  Their most precious time was boating together with friends and family.

John was also an avid golfer.  A memorable weeklong golf trip was to California, with a group of Burlington friends, visiting many courses, including Pebble Beach.  He was also a longtime member of the Minuteman Gun Club in Burlington where he enjoyed skeet shooting and participating in tournaments. John also enjoyed making and flying model airplanes.  John was always involved in some type of activity, had a project going on, and was good at whatever he did.

John was the beloved husband of 54 years of Rosemarie “Marie” (D'Angelo).    Brother of the late Gerald Annese.  Uncle of Michael Annese & his wife Ellen of Saugus.  Brother-in-law of Madeline Daly & her late husband Peter of Burlington, Philip D’Angelo of Watertown, Charlotte D’Angelo of Watertown, Richard Cruciani of Southborough and the late Dolores Cruciani and Frances D’Angelo, and many nieces and nephews. Visiting hours will be held at the Edward V Sullivan Funeral Home, 43 Winn St., Burlington on Friday, Jan. 28 from 9:30 a.m. – 11:30 a.m.  Followed by a Mass of Christian Burial in St. Anthony of Padua Church, 851 Main St., Woburn at Noon.  A private burial will be held at Massachusetts National Cemetery in Bourne.  The family asks that masks be worn at the visitation and funeral mass.

In lieu of flowers, memorials in John’s name may be made to the American Cancer Society www.cancer.org