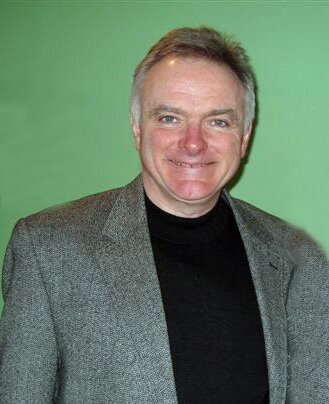 Please share a memory of Robert to include in a keepsake book for family and friends.
View Tribute Book

Link to live-stream of the funeral mass.

Clicking on the link (above) will bring you to our facebook page (sign-in is NOT required).  A live-stream of the funeral mass will begin shortly before 10am on Tuesday, February 8th.

Robert F. Healey, Jr. passed away at his home with his family by his side, on Friday, January 28, 2022. The beloved husband of April (Holley) he was 69 years old. Bob was born in Medford.   He was raised and educated in Melrose and a graduate of Melrose High School. After high school he went on to further his education, receiving his bachelor’s degree in Criminal Justice at Northeastern University in 1978. Bob began his career in law enforcement working for the Melrose Police Department in 1980. It was while walking his beat on the streets of Melrose that he would stop at the local Cumberland Farms store and become smitten with one of the workers, April Holley. They married in 1985 and bought their home in Burlington. Bob had joined the Burlington Police Department in 1982 and retired in 2011 as their Information Technology Officer. Bob was extremely well-versed and educated in all types of information systems technology and in 2005 he opened his own company “Heal Your PC Computer Services”. He provided onsite and remote computer repair for homes and small businesses in the greater Boston area. He sold the business in 2017.

Bob was a supportive, involved, and proud dad to his three children: Carolyn, Brendan and Samantha. As a family they enjoyed summer vacations on Cape Cod, and took other memorable trips to Disney, Niagara Falls, Loon Mountain and Myrtle Beach. He was very involved in his children's activities, attending many school concerts, ice skating shows, football games, and swim meets. Bob even coached Samantha in girls’ softball when she was young. Bob was so proud to see his children grow into adulthood and make lives of their own. They were always by their dad’s side supporting him during his nine-year battle with cancer.

Bob had a passion for Boston sports, following all local teams with the Red Sox and Patriots being his favorites. Although upset when Tom Brady and Gronk moved on to the Tampa Bay Buccaneers, Bob then begrudgingly became a Tampa Bay fan!

Bob and April loved getting together for visits, meals, trips, or sporting events with April’s sister Andrea and husband Dana, as well as many other dear friends.  He treasured their companionship.

Bob and April were longtime members of St. Malachy and St. Margaret parishes in Burlington. For several years they were on the baptismal team at St. Malachy. He and April took trips to The Virgin Islands, the Bahamas, Florida, and had a wonderful trip to Hawaii to celebrate their 25th anniversary. In 2019 they made the decision to move to Palm Coast, Florida.  They moved into a gated community which was a wonderful place to live with an enormous support system from their neighbors for both April and Bob.

Bob was a fighter and was not going to let his battle with cancer define him. He did everything in his power to beat the disease and would spend long hours researching the latest developing drugs and treatments. He was strong, optimistic, brave, and determined.  His greatest concern was for his wife and soulmate, April.  His struggle ended peacefully with his family by his side. Bob will be remembered as a kind and loving husband, father, brother and friend.

Bob’s family would like to thank his team at Mass General Hospital of Boston and Waltham for their exceptional care over the course of Bob’s disease. We give special thanks to Dr. Noopur Raje MD and Jill Burke, APRN, who worked tirelessly on Bob’s behalf to ensure he received the best possible treatment available.

Bob was the beloved husband of April (Holley). Loving and proud father of Carolyn Healey of Chelmsford, Brendan Healey of Malden and Samantha Healey & her partner Aaron Clark of Bakersfield, CA. Son of the late Robert and Annette Healey. Brother of Mary-Ellen Healey, Patricia Healey, Pamela Healey, Susan Harrington & her husband James all of Saugus, and Timothy Healey & his wife Yassamin of Lynn. Son-in-law of Hubert Holley & his late wife Teresa of Malden and Gail Holley of Westbrook, ME. Visiting hours will be held at the Edward V Sullivan Funeral Home, 43 Winn St., Burlington on Monday February 7th from 4:00 p.m. - 7:00 p.m. There will be a police walk-through for all current and retired members of the Burlington Police Force at 3:30 p.m.  Funeral from the funeral home on February 8th at 9 a.m. Followed by a Mass of Christian Burial at St. Margaret Church, in St. Veronica Parish, 111 Winn St., Burlington at 10 a.m. Burial to follow in Lakeside Cemetery, 501 North Ave, Wakefield. In lieu of flowers, memorials in Bob’s name may be made to Multiple Myeloma Research Fund, MGH Development Office, 125 Nashua St. Suite 540, Boston MA 02114.