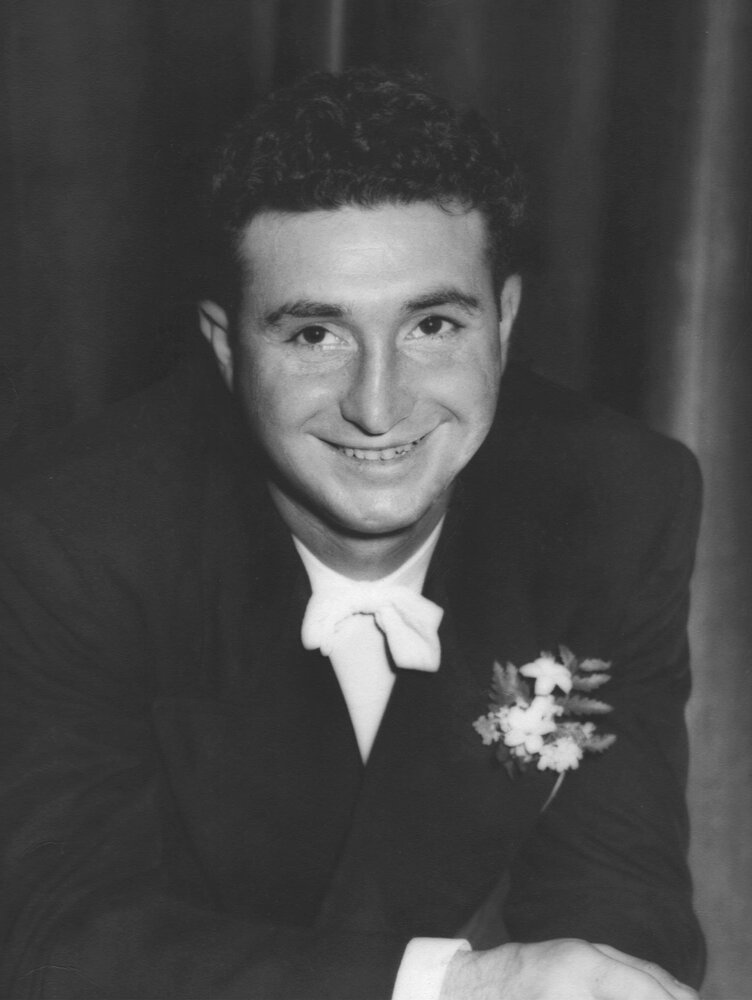 Jerry was born in Cambridge, MA. He grew up in the West End of Boston in a family of commercial fishermen. Starting from a very young age, Jerry worked alongside his father on his father’s fishing boats, the Anna Guarino and the Margaret-Marie. He was a graduate of Mechanic Arts High School in Boston, and he then joined the family business full time as a fisherman, until he was called to serve in the Navy during WWII. He served as Seaman First Class in the Navy beginning in 1944, was honorably discharged in 1946, and was the recipient of the World War II Victory Medal and the American Theater Medal. When he returned home, he was part of his father’s crew on the “Margaret Marie” out of Gloucester, and later on his brother-in-law’s fishing vessel, the “Carmen & Vincent” out of Boston fish pier, fishing on the Atlantic coast, especially George’s Bank. His high school training in diesel mechanics came in great use when at sea; if a mechanical problem arose, his “MacGyver Skills” kept the boats fishing and making money. That skill continued throughout his life. Family, friends, and neighbors knew to call Jerry when their washing machine, refrigerator, car, or anything else with a motor was on the fritz. After 20 years in the fishing industry, he went to work as a truck driver for Hendrie’s Frozen Foods in Southborough. It was regular work, he was always home for supper, and his family knew that he was safe. He retired after 21 years with the company. In retirement, Jerry was never happier than when he was working alongside his son Jerry Jr., daughter-in-law Denise and granddaughters in their businesses: Maria’s Sub Shop in Cambridge, Maria’s Pizza in Burlington, and Café Sorelli in Woburn. He did anything and everything, from making sandwiches, picking up produce, making deliveries, and making an endless supply of meatballs with his own special recipe. Working with his family, socializing with the customers and vendors, and staying active kept him youthful and vibrant.

Family was everything to Jerry. Growing up, his uncles, aunt, and cousins were like siblings; family worked together, lived together, spent time together, and supported each other. This was the way he grew up and how he raised his family. He and his beloved wife Stella, who passed in 2020, shared 70 years of legacy-building, growth, and family love together. They met at a friend’s wedding where he was the best man, and she was the maid of honor. They both had a strong faith and were very active in the Catholic church. He was a strong role model to his children, all learning from an early age that a fulfilled life revolved around hard work, faith, and family. He did the cooking on the weekends and Saturday night meals and Sunday dinners were not to be missed. He loved to joke around and was a bit of a social butterfly. He loved being a grandfather and cherished every moment he spent with his twelve grandchildren and ten great-grandchildren. There are memories of clamming and digging for quahogs on Swifts Beach in Wareham. He would pull the kids on floats through the mucky water as he dug for clams. He had fun nicknames for them and shared stories of his many experiences. He leaves all his family countless memories filled with love and laughter and his spirit abides in their hearts.

Visiting hours will be held at the Edward V. Sullivan Funeral Home, 43 Winn St., Burlington on Tuesday Feb. 8 from 5-7 p.m. Funeral from the Sullivan Funeral Home on Wednesday, Feb. 9 at 9 a.m. Followed by a Mass of Christian Burial at St. Malachy Church in St. Veronica Parish, 99 Bedford St., Burlington at 10 a.m. Services will conclude with a burial in Woodbrook Cemetery, Woburn.

Share Your Memory of
Gerald
Upload Your Memory View All Memories
Be the first to upload a memory!
Share A Memory