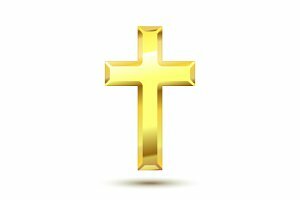 John Edward Vella, a retired Software Programmer, passed away at the Sawtelle Family Hospice House on February 2, 2022.  The beloved husband of the late Patricia Ann (Stranick) was 84 years old.  John was born in Brooklyn, New York, the son of the late Edward and Mary Vella. As a graduate of Our Lady of Angels High School, he went on to further his education receiving his bachelor’s degree from Fordham University where he majored in Mathematics and minored in Philosophy.

In 1962 John moved to Pottstown, PA for a programming job with Honeywell Corporation.  It was there that he would meet a young secretary, Pat Stranick.  It was love at first sight and they were married a year later in February of 1963.  They remained together for over 52 years until Pat’s passing in September of 2015.  In 1965 they moved to Massachusetts and shortly thereafter brought their home in Wilmington where they would raise their family and remain the rest of their lives.

John had a successful career as a Software Programmer, focusing on Military Aerospace. His proudest achievement was at the job which brought him to MA, at Draper Laboratories, where he contracted for NASA to program the on-board flight software for the Apollo Missions. From there he worked on various military contracts for the Department of Defense, mostly on air-traffic control projects.

John had many interests and hobbies.  He was a lover of nature, especially the beach, and the ocean. He had a collection of over 250 seashells on display in the home, most of which he found himself while snorkeling. He always appreciated his most rare finds. He also loved classical music, Stephen Sondheim musicals, and Johnny Mathis.  He was a phenomenal chess player!  John studied Theology and other world religions and made good friends with people of all creeds.  John made friends everywhere he went – work colleagues, bank tellers, servers, healthcare professionals, etc.   Even as he aged, his doctors would say that he was a very intelligent and friendly guy and always had interesting things to say.  But despite his great wisdom, John was always a kid at heart. Disneyworld was his favorite place, especially Epcot Center. He would say “My body is 80, in my mind I feel 800, but in my heart, I am 8.” This made him an extremely fun dad.

He was a wonderful father, making sure that his daughters had a good education, and culture in their lives. He brought them up with theatre, and great appreciation of the arts. He loved his children very much, and his wife “Patty” was the center of his world.

John was the beloved husband of the late Patricia Ann (Stranick) He was the loving and proud father of Danielle Smith & her husband Ryan of Wakefield, and of Frances Meier. Visiting hours will be held at the Edward V. Sullivan Funeral Home, 43 Winn St., Burlington, MA on Friday, Feb. 11th from 5:00-7:00 p.m.  A Mass of Christian Burial will be celebrated for both John and his wife Patricia at St. Malachy Church, in St. Veronica Parish www.stveronicama.org, 99 Bedford St., Burlington, MA on Saturday, Feb 12th at 10:00 a.m.  Services will conclude with burial in Wildwood Cemetery, in Wilmington. Due to an abundance of caution surrounding COVID-19, there will be no reception at this time. A Memorial Gathering will be planned at a later date, once it is safer to do so. The family ask that face coverings are worn for all indoor portions of the services. John and his family believe in supporting local businesses. If you are interested in ordering flowers, please contact Designs by Don in Wilmington www.designsbydoninc.com  Memorials in John’s name may be made to the Geriatric Mental Health Foundation www.aagponline.org