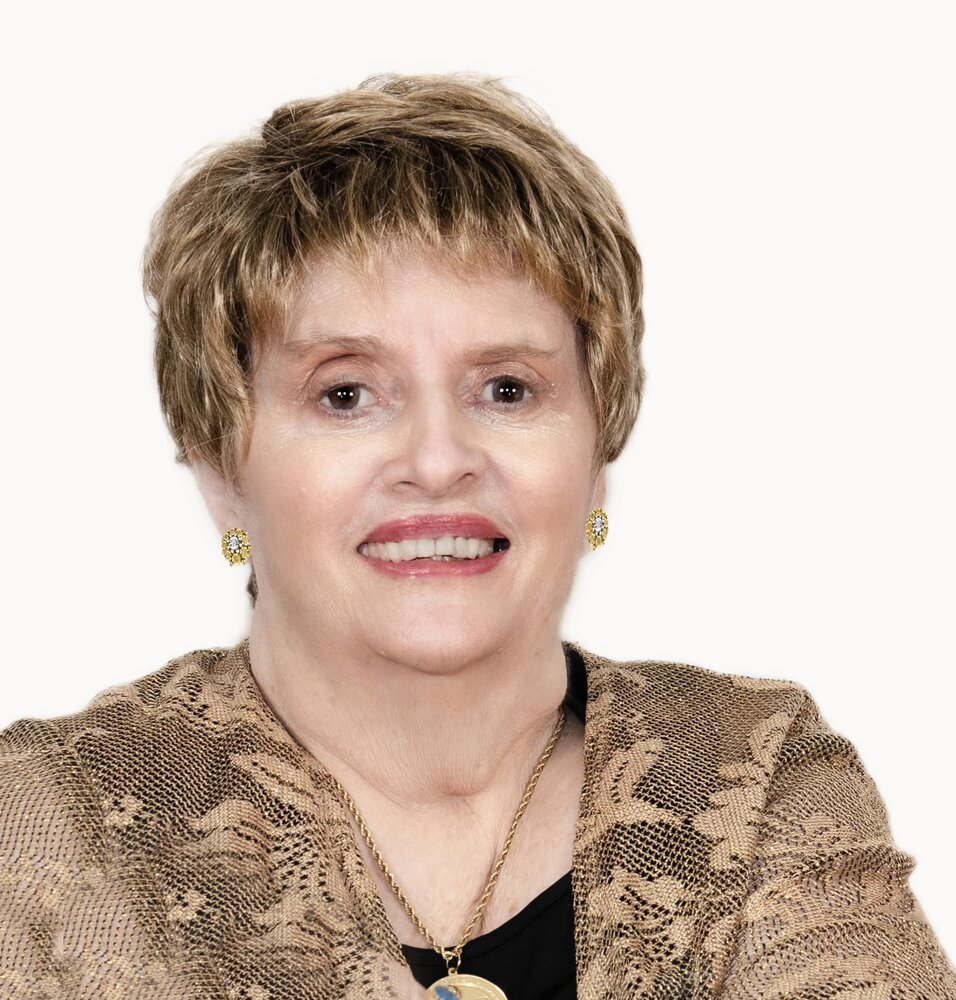 Please share a memory of Jane to include in a keepsake book for family and friends.
View Tribute Book

Jane (Herd) Beard passed away at the Lahey Hospital & Medical Center on Saturday afternoon, February 5, 2022. The beloved wife of the late Louis C. Beard, Jr. she was 87 years old.

Jane was born in Boston. She was the daughter of the late William and Josephine Herd (Ligone).  She was raised and educated in Woburn where she excelled in school and worked to help her family.  Jane was very involved during her high school years and was especially proud to be named drum majorette.  Jane met her future husband Louie, who lived in the neighboring town of Burlington, at a dance on New Year’s Eve, 1952.  They married in June 1955, built their home in Burlington in 1961, raised their family and became active members of the community.   Jane worked as an Administrative Assistant at New England Telephone in Boston until her children were born.  She returned to work once the children were older. She worked for the town of Burlington in the selectman’s office and loved her job and her interaction with the residents of Burlington.  Jane also worked as an Executive Assistant for Rowe and Power, CPA, and later as Executive Assistant in the Neurology Dept. of McLean Hospital for over 10 years.

Jane was an involved mom.  She was the “chauffeur” that made sure they made all their practices and games, the “cheerleader” that sat in the stands rooting for them and she was the “mentor” that was always there for them providing guidance and support.  Jane and Louie had a wonderful life together.  They were married almost 60 years at the time of his sudden death in 2015.   They would go out dancing on Friday and Saturday nights, and especially on New Year’s Eve with family.  They enjoyed dinners at the Escadrille and the Ninety-Nine in Billerica.  Jane and Louie enjoyed playing cards, going to the races, trips to Foxwoods, and family time spent around their pool.  They treasured summer weekend cookouts by the pool with their grandchildren. They enjoyed several trips together visiting Puerto Rico, Las Vegas, Atlantic City and the Bahamas.  Jane was a proud member of the Morgairs at St. Malachy’s helping with their bazaars and other functions.  She also volunteered at the Burlington Public Library.

After selling their home, they moved into Grandview Farms where they formed many friendships.  She was on the Board at the Grandview and enjoyed her weekly card games.   After Louie’s passing, she moved to Birchcrest and her outgoing personality and friendly demeaner made her fit right in, developing a new circle of friends.  An avid reader, Jane enjoyed running the Tower Hill book club. During her leisure time Jane enjoyed watching Hallmark movies and HGTV renovation shows.  Jane was blessed to be involved in her grandchildren’s lives. She and Louie enjoyed watching their grandson Alek after school and looked forward to the many visits and later frequent phone conversations with all the grandchildren.  Jane will be remembered as a loving wife, mother, grandmother and friend.

Jane was the beloved wife of the late Louis “Sonny” C. Beard, Jr.  Loving mother of Jennifer Dunning (Beard) & her husband Jim of Upton, Louie Beard & his wife Nanette (Cenci) of ME, David Beard & his wife Jesca (Mulindwa) of Malden.  Proud grandmother of James Dunning, Jr. & his wife Keely, Sean Dunning, Matthew Dunning & his girlfriend Jacqui Dacey, Cameron Dunning and Alek Beard.  Sister of the late William “Buff” Herd.  Beloved aunt to Bonnie Roberts of Hudson, NH.  Best and dearest friend of Helen Consolazio of Burlington.  Jane also leaves behind many friends and extended family.  A visitation will be held at the Edward V Sullivan Funeral Home, 43 Winn St., Burlington on Friday, Feb. 11 from 11:00 a.m. – 12:30 p.m.  Concluding with funeral services at 12:30. Burial to follow in Chestnut Hill Cemetery, Burlington.   In lieu of flowers memorials in Jane's name may be made to National Down Syndrome Society www.ndss.org or Autism Society of ME www.asmonline.org

Share Your Memory of
Jane
Upload Your Memory View All Memories
Be the first to upload a memory!
Share A Memory