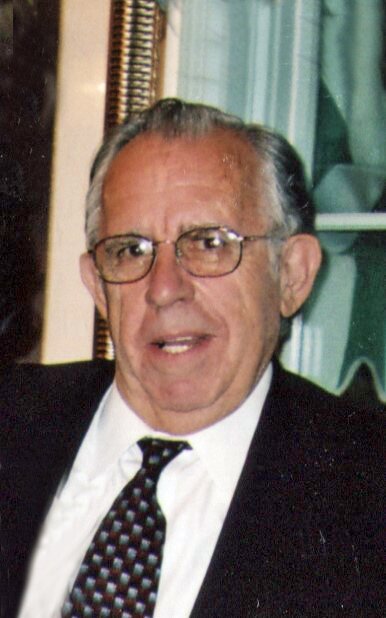 Dominic “Dom” Dirienzo, a manager, entrepreneur, and restaurant owner passed away unexpectedly on Thursday, February 10, 2022.  He was 89 years old.  Dom was born in Cambridge.  He was the son of Italian immigrants, the late Peter and Anna Dirienzo.  He grew up in Cambridge, attended St. John’s Parochial School, and graduated from Ringe Technical High School.  He was never afraid of hard work and taking risks in his career path. First, he owned his own variety store called "Hollywood Spa". It was located on Mass Ave in Cambridge, which sold groceries and sandwiches. He then took a position at Metropolitan Life insurance. He had great memories there because that was where he would meet his future wife Joan Tobio, at a cafeteria in the same building. He was a natural salesman.  He could talk to anyone about anything, he wasn’t timid about promoting his product, and knew what was really the best option for his customers.  He quickly rose to the position of manager responsible for training and supervising salespersons.  Over his 30-year career with Metropolitan, he received numerous awards for his performance and sales numbers.  After his retirement from Metropolitan, most would go on to enjoy the easy life, but that was not in Dom’s DNA.  He and a friend, Fred Purro, opened the Fishland Restaurant located in Salem, NH.  He ran that business for about 5 years before taking a manager’s position at Felicia’s Restaurant in Stoneham.  He finally retired in his early 80’s.  Also, during his working career, he worked at Heavy Hitters Golf Course and Driving range giving golf lessons and helping with the operations.

Dom was often referred to as “Bigger than Life”.  Yes, he was big in stature, but he had a huge heart and filled with kindness.  He would help anyone who needed a helping hand.  It could be at work, around, the home, on the golf course, or any other situation.  He was so well connected, that if he couldn’t be helpful, he knew a friend that would know exactly what needed to be done.  He was a member of the Massachusetts Association of Italian American Police officers and a volunteer Deputy Sheriff for the Middlesex Sherriff’s Office.  He participated in charitable events, meetings, marksman training, ceremonies, parades, and numerous other events representing the department.  He was a big jokester and storyteller and regularly emailed friends his favorite jokes of the day.  He was a devoted son to his parents, a caring and best friend to his brother and sister, and a fun and loving uncle.  It was true for Dom and his Joan that opposites do attract.  Dom was the gregarious, extrovert, and risk-taker while Joan was the methodical extremely organized voice of reason.  Together they were the perfect team.  They were together as a couple for 53 years, married for 47 years, and their lives were intertwined.  They enjoyed fishing, camping, boating, and entertaining family, and friends.  And when Joan passed in 2019, Dom was devastated.  So, it is difficult for his remaining family to experience the sadness of his sudden passing, but it also comforts them to know he is now reunited with his beloved Joan.

Dom was the beloved husband of the late Joan (Tobio).  Loving son of the late Peter & Anna (Masi) Dirienzo.  Brother of Sonny Dirienzo & his companion Kathleen Snyder of Burlington and Joanne Glynn & her late husband William of Methuen. Dom is also survived by the Tobio in-laws and many nieces and nephews.  Visiting hours will be held at the Edward V Sullivan Funeral Home, 43 Winn St., BURLINGTON on Wednesday, Feb. 16 from 4-7pm.  Funeral from the Funeral Home on Thursday, 17 at 9am.  Followed by a Mass of Christian Burial at St. Margaret Church, in St. Veronica Parish, 111 Winn St., Burlington at 10am.  Burial will be private.

In lieu of flowers, memorials in Dom’s name may be made to St. Jude Children’s Research Hospital www.stjude.org

Share Your Memory of
Dominic
Upload Your Memory View All Memories
Be the first to upload a memory!
Share A Memory