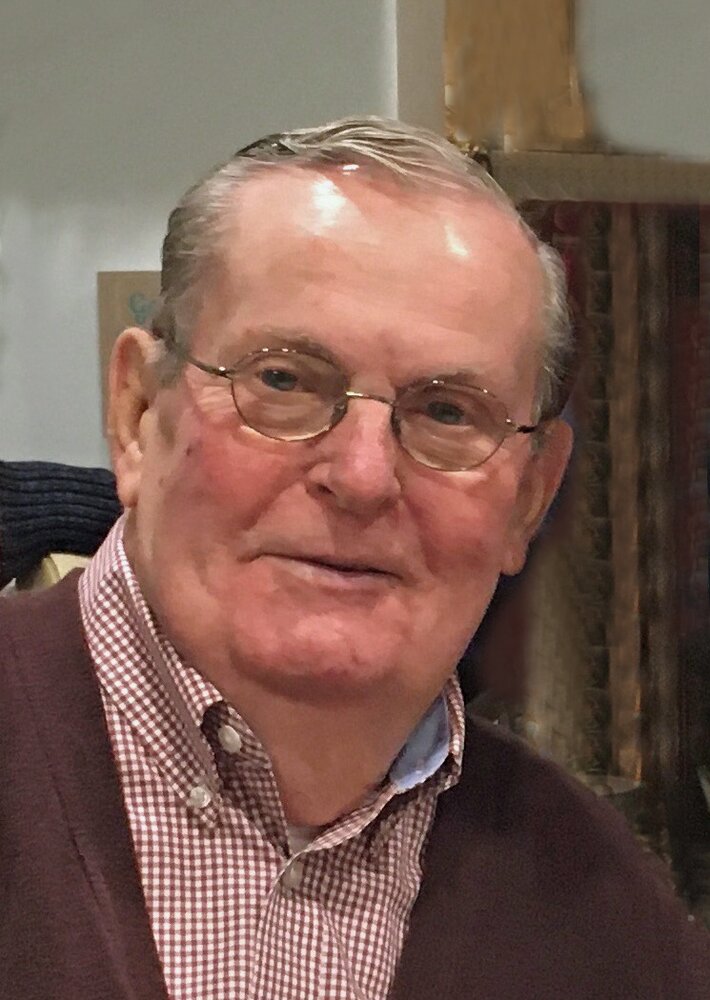 Please share a memory of Ed to include in a keepsake book for family and friends.
View Tribute Book

Edwin W. “Ed” Pinkham, a retired Senior Fire Alarm Operator for the City of Somerville, passed away on Sunday, February 13, 2022 with loved ones by his side and country music playing. Ed was 81 years old and born in Cambridge. He was the son of the late Edwin Pinkham, and Catherine (Geary) Hansen and her husband Edward Hansen, loving nephew of Huck and Min Daley.  He grew up in the Magoon Square Section of Somerville.  He was a graduate of Somerville High School.  Ed was a bit of a storyteller and described his meeting of a fellow classmate and future wife Sylvia McAllister as “I picked her off the wall at Trum Field and put shoes on her feet”.  The couple dated in High School, were prom dates, and married in May of 1965.  They had 5 children whom they raised and educated in Somerville.  Ed worked for 39 years for the Somerville Fire Department as a dispatcher.  At his retirement he was a Senior Fire Alarm Operator.  He received calls for fires, auto accidents, medical emergencies, and a wide variety of other reasons.  He was the calm voice on the line comforting the caller, getting the vital information, dispatching fire apparatus and ambulances, and reassuring the caller that help was on the way, and everything would be alright.  He received numerous citations and awards for the service he performed for the fire department.  He also had a strong bond amongst all his coworkers at the department. He dispatched with the same commanding loud voice whether it was a multiple alarm fire or a simple call for assistance.

Ed was proud of his Somerville roots and lived in Somerville until just 4 years ago when he moved to Burlington to be closer to his children.  He enjoyed puttering around his home and garden, collecting scrap metal, and spending time with his grandchildren. In his earlier years he enjoyed horseback riding and trips to the horse track with his friends and later in life watching the Kentucky Derby, Belmont Stakes, and Preakness from the comfort of his home.  During his retirement years, he always had time for his grandchildren.  He went to their school events, activities, and sporting events.  It gave him great joy to teach them how to fish and play the family sport of cribbage.  When his children were growing up the family vacations centered around Sylvia’s parents home in Henniker, NH.  Then as the grandchildren came along, he would rent huge lakefront homes on Lake Winnipesaukee, Sebago Lake, and Long Lake and fill it with family.  Sometimes there could be over 20 of them gathered under one roof playing games, swimming, boating, and keeping the Pinkham family bond strong. These will be memories that his family will always hold dear to their hearts.  Ed will be remembered for his whimsical phrases, dry wit, and the love he shared with his family.

He was predeceased by his sisters; Mary Ellen Puliafico, Patricia Christino, and Catherine Stehr.  He was the brother-in-law to the late James and Maureen Ryan, Louise and Joe DeVincentis, Rosalie and Norman Swanfeldt, Ellen and Gerald Ogren, Henry and Carol McAllister, John Puliafico, and Kord Stehr.

He was also survived by dear brother-in-law Donald and Grace Ryan, Robert Christino and sister-in-law Anne and Scott Gould, and many nieces and nephews.

A Mass of Christian Burial will be held at St. Barbara’s Church, 138 Cambridge Road, Woburn on Friday, February 18 at 10am. Relatives and friends are respectfully invited. The burial will be private.  In lieu of flowers, memorials in Ed’s name may be made to Beth Israel Lahey Health at Home, https://www.bilhathome.org/home-health-services/hospice-care/support-us/.

Share Your Memory of
Ed
Upload Your Memory View All Memories
Be the first to upload a memory!
Share A Memory