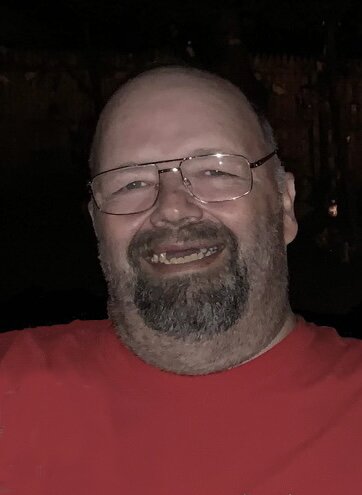 Please share a memory of Christopher to include in a keepsake book for family and friends.
View Tribute Book

Christopher Eric Caron, a long and short haul trucker, passed away after an extended illness on Monday, February 28, 2022.  He was 51 years old.  Chris was a lifelong resident of Nashua, NH.  After graduating from Nashua High School, he went to a commercial driving school and earned his CDL.  He spent the first part of his trucking career working for Campbells doing long haul trucking.  He would go on runs that would last months and travel all over the country.  He then spent 16 years working for Transgas in Lowell, trucking natural gas around New England with frequent trips to Pennsylvania.  He was proud that his career brought him through every state except Alaska and Hawaii.  He enjoyed seeing the United States, the historical landmarks, and cruising the highways in his 18-Wheeler. He was also a proud member of the Teamsters, Local 170.

Chris was a very memorable and fun-loving individual.  He had his own groove and style and was always the life of the party.  When he was younger, those close to him knew him as “Moose”.  In his later years, he was lovingly referred to as the “Panda Man”.  He had a huge personality, was generous with his friends, loved to laugh, and was a big jokester.  He loved classic rock with the Grateful Dead being his absolute favorite band. He loved attending concerts with his children and friends.  His wardrobe was filled with tie-dye Grateful Dead and concert T-Shirts.  He preferred a backyard barbecue and a bonfire to going out to dinner, with his favorite spot being manning the grill.  He loved a good cigar and cherished every puff of a fine Cuban, particularly his Cohibas.  He could talk about anything, but music, movies, and history were his favorites.  He also really enjoyed reminiscing about the ‘good old days’.  He had many wonderful friends who he greatly enjoyed spending time with and was also a member of the East End Social Club in Lowell.  He had a strong bond with his son and daughter.  He was always so eager to share their many accomplishments all throughout their lives.  They were definitely his pride and joy and he cherished raising them.  When friends remember Chris, there will be endless stories of times and experiences shared with him filled with laughter, camaraderie, good food, and fun.

Chris was survived by his son, Jesse Caron of Nashua, NH, his daughter Megan Caron of Nashua, NH, his soulmate Tracey Mansfield of Penacook, NH, and many friends.  He was predeceased by his daughter Damia Caron and his mother Virginia Getchell.  There will be a gathering of his friends and family at a future date to honor and celebrate Chris’s life.

Share Your Memory of
Christopher
Upload Your Memory View All Memories
Be the first to upload a memory!
Share A Memory