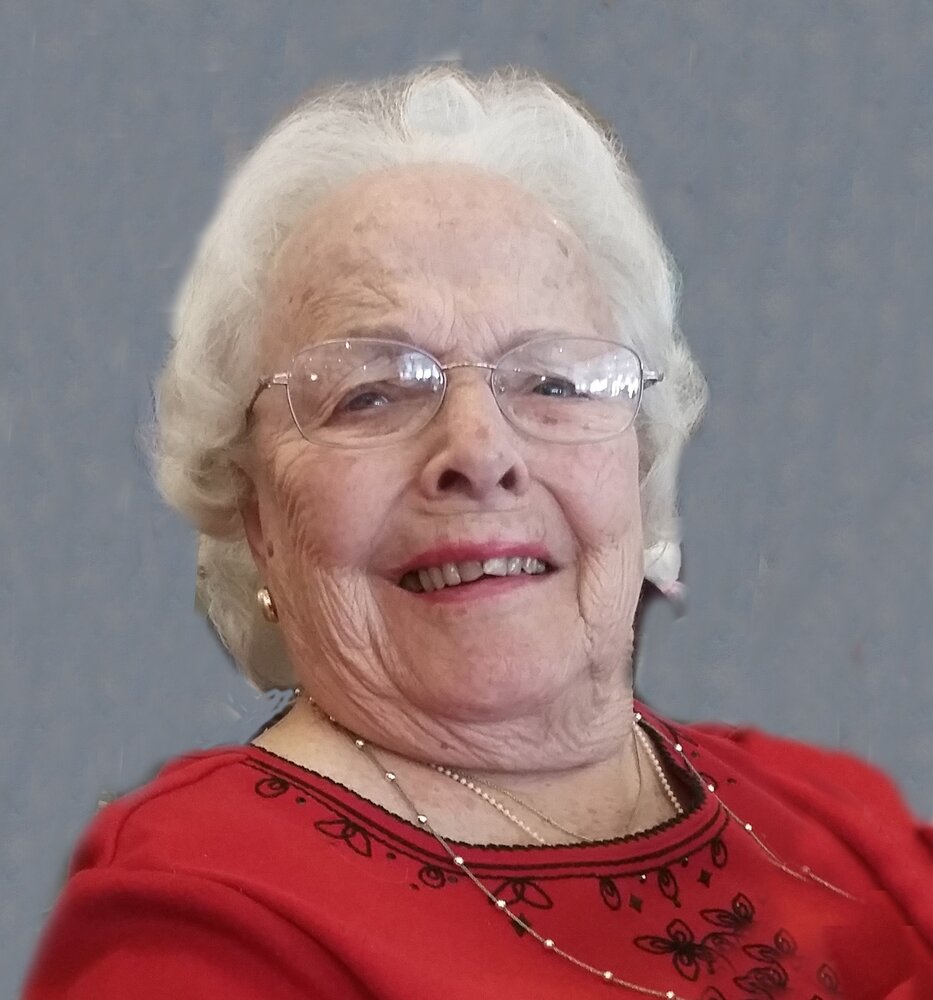 Please share a memory of Louise to include in a keepsake book for family and friends.
View Tribute Book

Louise M. (Barletta) McCarthy, passed away in her home at The Huntington of Nashua early Saturday morning March 5, 2021 surrounded by family.  She was 95 years old.

Louise was born in Boston, MA in 1926, along with her twin sister Eleanor Restuccia of Topsfield, MA.  She was raised and educated in Everett.  She also had an older sister, Clare, who sadly died before Louise & Eleanor were born.  She was the daughter of the late Sabatino and Maria (Mary) Barletta who were both born in Italy and immigrated to Boston in the early  1900’s!

Louise was married to Ed in October 1948.  They lived for a while in Medford and Everett, MA and finally settled in Burlington, MA where they raised their children.   She was a member of Catholic Daughters at St. Margaret’s Catholic Church in Burlington, MA .  When the St. Margarets Parish was split, she became a communicant at the new parish of St. Malachy’s.  After her husband’s passing she moved to Goffstown, NH and eventually to Nashua, NH.

Louise worked for Met Life Insurance Co in Malden, MA prior to marriage.  She returned to work when her youngest child went to school.  She worked for Raytheon Corp.  in Lexington and Waltham, MA for 20 years as an Administrative Assistant.

Visiting hours will be held at the Edward V. Sullivan Funeral Home, 43 Winn Street, Burlington, MA. Tuesday, March 8th, from 4-7pm.  Funeral Services will be on Wednesday, March 9th at 11am.  Services will conclude with Burial in Chestnut Hill Cemetery in Burlington, MA.   In lieu of flowers, memorial donations may be made to the Alzheimer ‘s Association (www.alz.org) in Louise’s name.

Share Your Memory of
Louise
Upload Your Memory View All Memories
Be the first to upload a memory!
Share A Memory