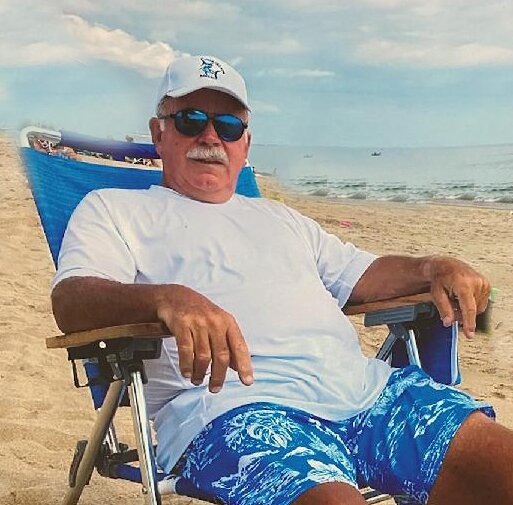 Please share a memory of Donald to include in a keepsake book for family and friends.
View Tribute Book

Donald J. Flaherty, a man who dedicated life to his family and the community he lived in, passed away at his home with his loving family by his side on Saturday morning, March 5, 2022.  The beloved husband of Sheila (Fazio) and proud father of Chris, he was 71 years old.

Don was born in Somerville. He was the son of the late John F. and Grace V. Flaherty.  Don was raised and educated in Somerville and Medford.  He was a 1968 graduate of Medford High School.  After high school Don served his country in the United States Army during the Vietnam era.  He was the recipient of the National Defense Service Medal. At the age of 18 Don would meet a young girl from Somerville, Sheila Fazio and he would take her to her senior prom.  They became best friends and soulmates. They married in 1982 and moved to Burlington in 1986.

After the service Don’s first job was a Rigger Helper at the Charlestown Navy Shipyard.  His next job was at the Weymouth Navy Shipyard as a Supply Foreman.  Don then went to work at Hanscom Air Force for over 30 years retiring as a Protocol Officer.  Don also worked part-time at the Boston Garden as a Chief Usher for over 26 years.  He started this job as a teenager and worked until his son Chris was born.  Working at the Garden gave Don, Sheila, and members of their families so many opportunities to see Bruins and Celtic games, meet the players and attend concerts.   Members of Don’s family were very disappointed when Don gave up this job and they lost these great perks!!

There were very few people in Burlington that did not know Donald J. Flaherty.  He was involved in so many pieces of the town and made such an impact on so many organizations and events.  Don started every morning at True North Coffee Shop having a cup of coffee with his friend Kevin Keene.  Don was the first face you saw when you went to the polls to vote. He was the greeter and organized the parking.  He was on the July 4th parade committee, and he was the man you would see driving up and down the parade route in the official “golf cart” making sure everything was running smoothly.   He was a campaign manager for Selectman Mike Runyan, was always holding a sign for candidates and worked hard for his candidates and friends.  When you needed something done, Don was the “go to man”.  When People Helping People needed help moving hundreds of gifts for the Holiday Wish Tree, Don was the one they reached out to year after year to provide the manpower.  When a candidate needed signatures for their election bid, Don was the one they reached out to. When the recreation department needed volunteers, Don was always there to help.  When BCAT needed help at the annual gala, Don was there organizing the parking and when the post grad party needed a co-chair Don stepped up to the plate and served for several years. The contributions that Don made in the town are just too numerous to mention…. he was just that type of man always there to help others!

Don worked for Newmart Productions and managed their gun-shows for over 25 years.  He organized the employees, vendors and directed the set up and take down of the shows.  He was a valued member of the Sullivan Funeral Home working the funerals and organizing the parking for wakes.

Don and Sheila had a wonderful life together. They, along with their son Chris and cousin Darlene, traveled extensively as a group.  They made multiple trips to New York, Disney, Dominican Republic, and many other fun destinations.  As a child Don’s family had a home at Hampton Beach and it was a treasured place for Don to visit throughout his life.  He wouldn’t think twice of just getting in his car and spending the day at Hampton enjoying the sun.

He had a wonderful relationship with his son Chris. They weren’t just father and son, they were the best of friends that did everything together.  Don was so proud to see Chris follow-in his footsteps and become involved in the community when Chris took a job at BCAT.   Don and Sheila had a wonderful life together.   They were always together whether it was enjoying a cocktail at Sweet Ginger or Bamboo with friends, enjoying a Red Sox game or attending the 4:30 Mass at Saint Margaret’s they were inseparable.

Don will be remembered for his gift of gab, always having a smile on his face and always ready to help which is why there are very few people in the town of Burlington that did not know Donald J. Flaherty!!!

Don was the beloved husband of Sheila (Fazio).  He was the loving and proud father of Christopher of Woburn.  Brother of John F. Flaherty, Jr. & his wife Michelle of Burlington, Maureen Neary of Woburn, Patricia O’Connor-Fluhr & her husband Charles Fluhr of Charlestown and Timothy J. Flaherty of Andover.  Loving cousin of Darlene Griffin of Burlington, Joanne Grande of Medford, and Susan Mantia of Burlington, and her daughter Dr. Charlene Mantia-Edson, who were there by his side from the first diagnosis to the very end. Don is also survived by many cousins, nieces, nephews & friends.  Visiting hours will be held at the Edward V Sullivan Funeral Home, 43 Winn St., BURLINGTON on Thursday, March 10 from 4-7 p.m.  Funeral from the Funeral Home on Friday, March 11 at 9 a.m. Followed by a Mass of Christian Burial at St. Margaret’s Church, in St. Veronica Parish, 111 Winn St., Burlington at 10 a.m.   Burial to follow in Pine Haven Cemetery, Burlington.  In lieu of flowers memorials in Don’s name may be made to Burlington Cable Access Television (BCAT) 123 Cambridge St., Burlington, MA 01803.

I’ve known Donnie pretty much my whole life since I was 13 and he’s always been a big part of my life. In fact you might even say that I had a little hand in getting Sheila and him back together again. You see,  they dated for a while in high school and then went their  separate ways and then Sheila had to chaperone me at The REO Speedwagon concert at Boston Garden and guess who of course was working that night Donnie… And then the rest we say was history. The two of them then became inseparable like peanut butter and jelly and were best friends and you rarely  saw one without the other.. They were the perfect couple and soulmates for over 40 years. They moved out of the big  city of  Medford and up to the burbs’ here in Burlington in 1986 and started their family. And once Chris came along they were the best of buddies,  two peas in a pod,  and just the best of friends! And Donnie was the absolute best husband and father ..both Sheila and Chris were so lucky to have him… he loved them so much! And Chris … he was so proud of the man you’ve become… just the mention of your name always put a smile on his face ! Now back to Burlington for a moment … we liked to call Donnie the honorary mayor of Burlington. He became really Active in the town whether it be the Fourth of July committee ,working for the rec department,  working on political campaigns, working at Sullivan’s, BCAT,  the list goes on and on … he was just a man about town always with a smile on his face and everyone knew him.. he was everyone’s friend ! It’s almost like 6° of separation with all the different connections...crazy! He had the gift of gab with an infectious energy and was the guy that would do anything for you. Burlington was lucky to have him!  And I personally I knew I could always count on him for anything.. especially for taking me to the airport at 5am…..he was just the best !

One of Donnie‘s favorite places was the beach… just mention the word beach and he was in the car ready to  go! He was the definition of a true beach bum and was a fish in water for sure and it certainly didn’t matter how cold the water was! He always had a fantastic tan too! And I also have to go back to all the family memories that we have shared over the years whether it be family trips to the Oregon coast or California or Niagara Falls or the Dominican republic or crazy weekends in New York…and  always our bottomless amount of saltines with  peanut butter! So many endless memories and fun moments that I can’t even begin to count them! Donnie was always right there to live in the moment and do the craziest things.. like parasailing or taking a ride on Codzilla in Boston on his 70th birthday!

I loved that about him! He was truly one of the best and I’m sure each and everyone of you have your own special memory of him… how could you not! Donnie had a great extended family with so many friends and cousins that he impacted in so many ways and loved each and everyone one  of you so much. He was one of a kind and truly immeasurable!! They broke the mold when they made him! We were all better for having known him and in our life!

Donnie sure gave it his all and fought really hard over this last year and a half and went through so much… and even in the toughest of times he always kept a positive attitude! It’s hard for all of us to comprehend that this day has finally come to say our farewell to Donnie. As he just recently said to a good friend of ours in February maybe some sunny day  in March you’ll think of me …and that sunny warm day certainly was shining on the day after he passed! We thought of you then and we’ll think of you always!

So for now it’s not goodbye to our guy it’s just see you later … your mom and dad  are waiting for you and so is Auntie and uncle Bob  and uncle Jim! You guys are going to have a blast up there and I know you’re going to watch over us all! So i’ll raise a kettle one citron martini with a twist of lemon to my friend,  my cousin , my brother,  and as the sun sets the final time on the beach, like you always said ..we’ll talk! I love you forever and see you on the other side! Cheers!