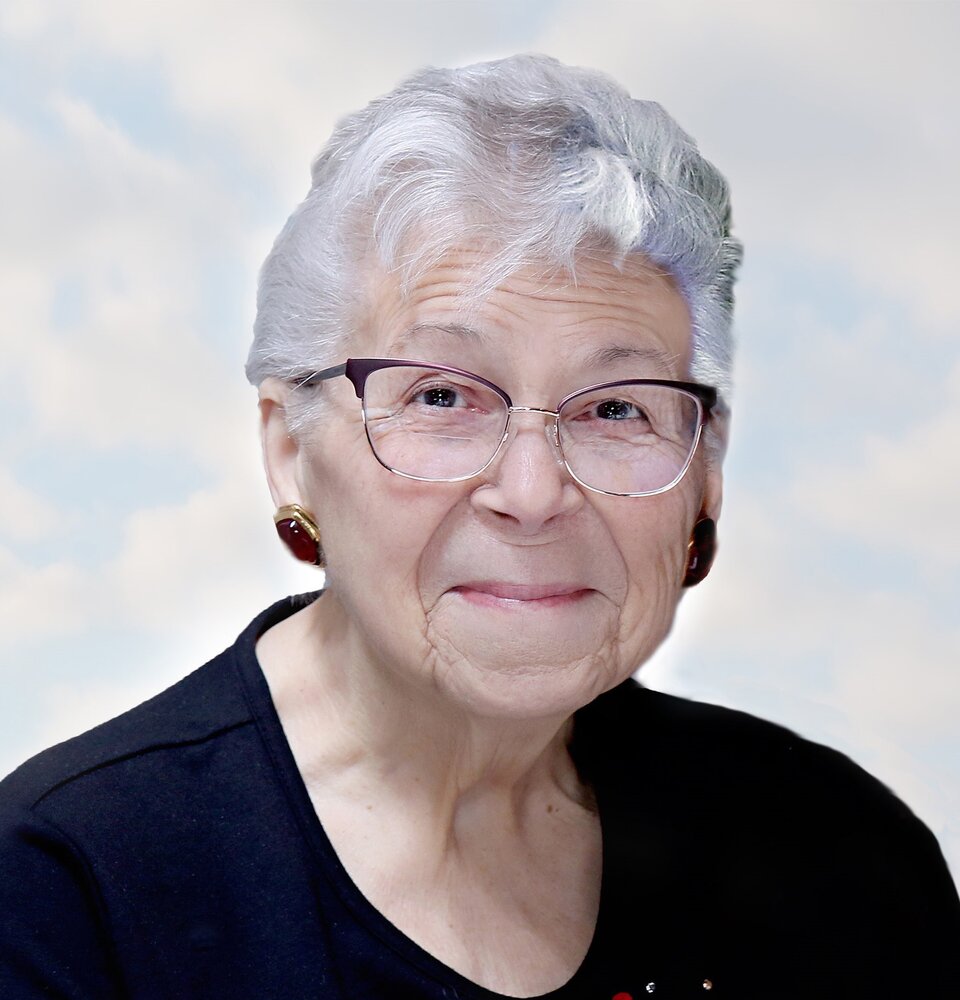 Theresa M. Thacker, a retired office manager, passed away on her own terms after saying goodbye to all her family on Tuesday morning, March 29, 2022.  She was 83 years old. Theresa was born in Lemont, Illinois and was one of three daughters born to John and Mary Kravish.  She had a wonderful childhood growing up on St. Andrews St. in Medford, playing with her sisters and friends, and spending time in their kitchen learning to cook and bake from her mother.  She was a member of Medford High School’s Class of 1956. The expression, “she married the boy next door” was totally true for Theresa. Her family lived on Andrews Street in Medford.  Their neighbors, the Thacker family, had a son, Robert, that was 2 years older than Theresa. So, the families and Robert and Theresa were all great friends, socialized together, and the children all played together. Robert went off to serve in the Army for three years and when he returned home the longtime friends started dating.  The story goes that it was really Theresa who finally said, “are we going to get married or what?”       They married in in 1962 and went off to California for their honeymoon.  The couple enjoyed California so much that they remained there for 6 years, before returning to Massachusetts and settling in Burlington.  When her children went off to school, she took a position as the office manager at Digital Arts in Burlington.  While she was working, she took accounting and business classes to improve her knowledge and skills.  She then took the position of office manager at Commonwealth Maintenance in Stoneham, where she worked for the next 20 years.  She ran the office, did the scheduling, the accounting and bookkeeping, some sales, and anything else that needed to be done to help keep the business running smoothly. After Theresa and Bob retired, they sold their home in Burlington, moved to Rochester, NH, and wintered in Myrtle Beach.

Theresa was the glue that kept her family close.  She always placed everyone first and her greatest joy was seeing her family and friends together and having fun.  From her time spent with her mom, she was a fantastic cook and baker.  Her Polish dishes were handed down from her mother and grandmothers.  Her Chocolate Fudge and Red Velvet cakes were family and friend’s favorites. Birthday cakes were made to order, and she was so sweet that she would even make them for her children’s friends as well.  She hosted all the family parties and holidays.  She did all the cooking and Bob did all the grilling.  Her backyard and pool were always filled with her children’s friends, and everyone look forward to the snacks she served.  Family vacations were spent on the shores of Cape Cod and hosting her family in Myrtle Beach. She enjoyed working around her home and tending to her flower gardens.  She was a talented seamstress and crocheter.  She made dresses and even evening gowns for herself and her daughters, afghans, and baby burping blankets for anyone she knew who had a newborn. She was also an animal lover. When she or the kids brought an animal home, she would say, “don’t get attached, they aren’t staying.” The dogs or cats were just staying until they found another home. As you probably remember, they never left. At one point the house had 4 cats and 3 dogs. She was simply a giver and that gave her so much joy to make others happy.  The last few years have been filled with many challenges for Theresa.  The loss of her husband, Bob, along with her sister Joan two weeks apart in January 2020, major health issues, and the isolation from COVID but she never complained.  She knew she was going to pass this week and summoned all her family to her bedside and shared tearful goodbyes, told them she was not afraid, and thanked them for the love and joy that they all brought to her life.  She was then at peace, closed her eyes, and passed only hours later.

Theresa was the beloved wife of the late Robert L. Thacker. She was the loving mother of Catherine Thacker of Billerica, Michael Thacker & his wife Nancy of Kingston, NH, and Terese Thacker & her husband Paul Benoit of Wilmington. She was the devoted sister of Rosalie Nutile & her husband Dick of Wakefield, and the late Joanna “Joan” Jankowski and her surviving husband Charlie of Wakefield. She was the extremely proud grandmother of Faith Benoit, Luke and Erik Thacker. She was also the honorary mother to James Devereaux of Center Barnstead, NH, who was also at her bedside at her time of passing.

Visiting hours will be held at the Edward V. Sullivan Funeral Home, 43 Winn St., Burlington, MA on Saturday, April 2 from Noon to 2pm. and will conclude with a funeral service at the funeral home beginning at 2pm.

Memorials in Theresa’s name may be made to the Northeast Animal Shelter, www.northeastanimalshelter.org, 347 Highland Ave, Salem, MA 01970.

Share Your Memory of
Theresa
Upload Your Memory View All Memories
Be the first to upload a memory!
Share A Memory