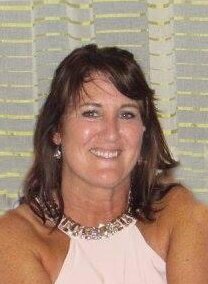 Please share a memory of Maureen to include in a keepsake book for family and friends.
View Tribute Book

Maureen E. (Butler) Maranian passed away surrounded by her family after succumbing to an aggressive form of cancer on Saturday morning, April 2, 2022.  She was only 56 years old, just one day shy of her birthday.  Maureen was born in Boston and grew up in Burlington, MA. As a member of the Burlington High School Class of 1983, she excelled in both academics and athletics. Her love of basketball and softball carried her competitive side into her avid game playing with her family and friends throughout the years.

Maureen was one of a kind who radiated confidence, sass and a zest for life that brought happiness to everyone around her.  She was fun, loving, generous, and the ultimate hostess.  Thanksgiving and Christmas were her favorite holidays where she would entertain a minimum of 30 guests and put Martha Stewart to shame. She prepared for weeks setting up her home as if it were a banquet hall, cooked up a feast, and made sure no one was left out.  She welcomed her guests with a smile, whipped up signature cocktails, organized games, and made sure her guests had an amazing time.  She simply loved people.  Vacations spent with family were a big part of her life.  Growing up it was Tamworth, NH at White Lake State Park and Chocorua Ski and Beach.  As an adult she spent her weekends at Long Beach in Rockport and Long Island on Lake Winnipesaukee.  She planned awesome and sometimes extravagant vacations with her family to destinations that included Paris, Tulum, Cayman Islands, St. John, Turks and Caicos, St. Croix, Aruba, California, Disney, and countless other destinations.

Maureen and her husband, Aram were high school prom dates, just celebrated 38 years of marriage and had an extraordinary love that was incomparable. True best friends who built their life in Billerica where they raised their two children, Aram and Marissa, with love. As a mother, she was an amazing role model on marriage, motherhood, and everything in between. She was selfless, always supportive, and smothered her children with love. She made every event in their life special from planning amazing birthdays, the most memorable holidays, and planning every detail of their wedding days. Her children’s friends still refer to her as their second mother because she made such a strong impact on their lives.  She was overjoyed when she became a grandmother “Moma” to Olivia last year. She loved spending her days with Olivia. She was her dance partner, personal shopper, and pride and joy. She was a devoted daughter, and as their first born she made her parents so proud of her accomplishments as a student athlete, professional, and mother. As the oldest of the four sisters she set a high standard, from motherhood to holiday hosting. She had a special bond with each of them and they cherished their fun times together as best friends.  Maureen’s friendship was genuine and loyal. She was always up for fun and new adventures, and anyone lucky enough to call her a friend felt loved and cared about when in her presence.

Maureen was Super Woman. She excelled at everything she did; cooking, entertaining, gardening, organizing, competing, shopping, planning, decorating, vacationing, or muddling a martini. Such a strong person was taken too soon and without warning in just four short weeks. Maureen touched so many people and had such a wide circle of friends who she encouraged to live life to the fullest. It’s impossible to spend a day with her and not have a “Maureen Story” that will always bring a smile to your face. Those memories were filled with laughter and love.  Maureen spent her career in the Recruiting and Human Resources field where she was able to do what she loved, help people and make personal connections. She spent 16 years working for Converse/Nike and loved bringing talent to such a creative brand. She continued to do the same with Grand Circle, and finally as a Senior Manager of Talent Acquisition at Bruker right in her hometown.

Visiting hours will be held at the Edward V. Sullivan Funeral home, 43 Winn St., Burlington on Wednesday, April 6 from 4-8pm. Funeral from the Sullivan Funeral Home on Thursday, April 7 at 9am. and will conclude with a Funeral Mass at St. Malachy Church in St. Veronica Parish, www.stveronicama.org, 99 Bedford Street, Burlington starting at 10am.