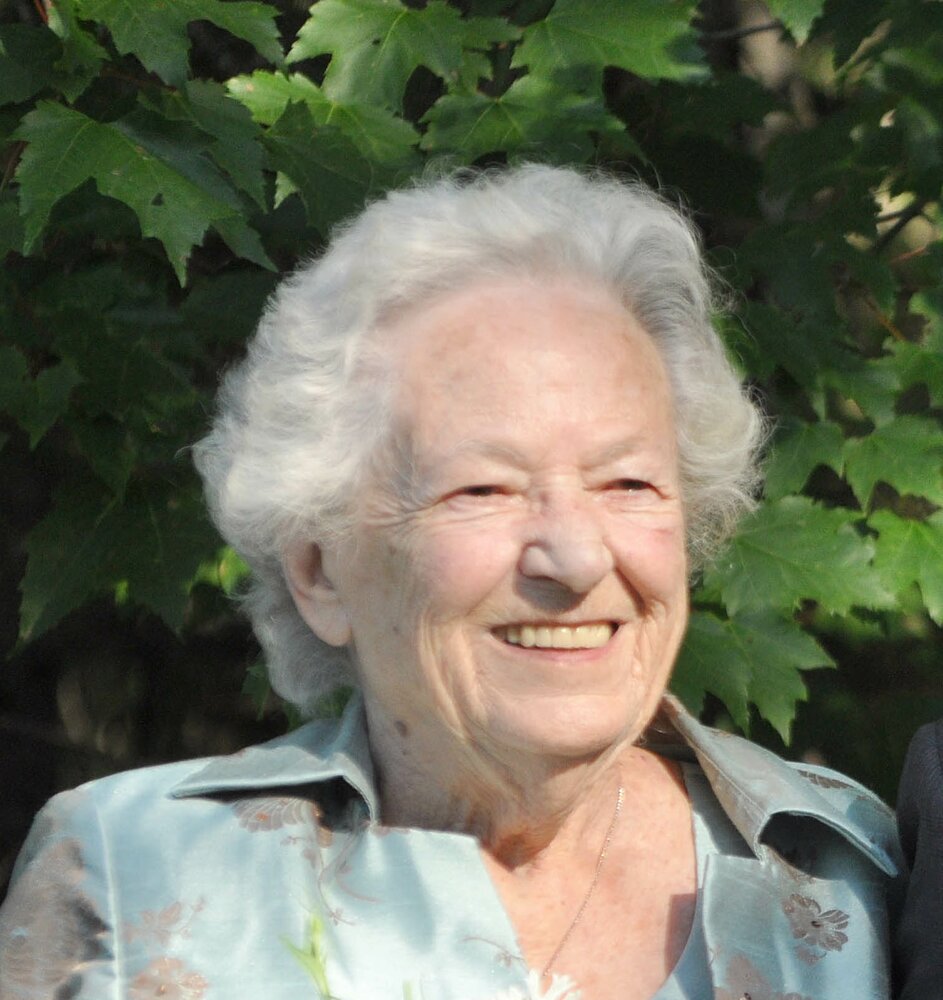 Please share a memory of Eleanor to include in a keepsake book for family and friends.
View Tribute Book

Eleanor “Ellie” D. Calder, a retired John Hancock employee, passed away on Sunday afternoon, April 3, 2022.  She was 91 years old.  Ellie was born in Woburn, MA.  She was one of four children born to Bernard and Catherine (Dever) Creeden.  She grew up in Medford and was a graduate of Medford High School.  She married her husband, Don, in 1958 and they settled in Burlington in 1962.  She worked as an underwriter for John Hancock Insurance in Boston for almost 30 years.  She was a member of several bowling leagues and did not stop bowling until the age of 87.  She tried golfing, but she much prefered watching professional golf and a big fan of PGA star Phil Mickelson.  She enjoyed game shows, baking, knitting, making blankets, and numerous Irish knit sweaters for her family.  After she retired, she caught the travel bug.  She went on two types of vacations.  The first were trips where she visited nieces and nephews all over the United States.  The second were tourist vacations when she traveled numerous times to both Ireland and Hawaii. Sometimes she traveled alone and other times with nieces, nephews, or friends.  She was extemely independent, had a great sense of humor, and tended to be the conservative side of any discussion.  She was that special aunt who always remembered your birthdays, always was interested in what was going on their life’s, and happy to receive a call or visit from.  She lovingly cared for her daughter, Ruth Ann, who was born with congenital heart desease, and sadly, passed at the age of seven.  Eleanor will hold a special place in hearts of all her family.

Eleanor was the beloved wife of the late Donald. Loving mother of Bernard “Bernie” Calder & his wife Diane of Exeter, NH and the late Ruth Ann Calder. Sister of the late Arlene Eldredge, Jack and Gene Creeden. Also survived by many nieces and nephews.  Visiting hours will be held at the Edward V. Sullivan Funeral Home, 43 Winn St., Burlington on Thursday, April 7 from 5-7pm. Funeral from the Sullivan Funeral Home on Friday, April 8 at 9am. Followed by a Mass of Christian Burial in St. Malachy Church in St. Veronica Parish, www.stveronicama.org, 99 Bedford St., Burlington at 10am. Services will conclude with a burial in Chestnut Hill Cemetery, Burlington.

Share Your Memory of
Eleanor
Upload Your Memory View All Memories
Be the first to upload a memory!
Share A Memory