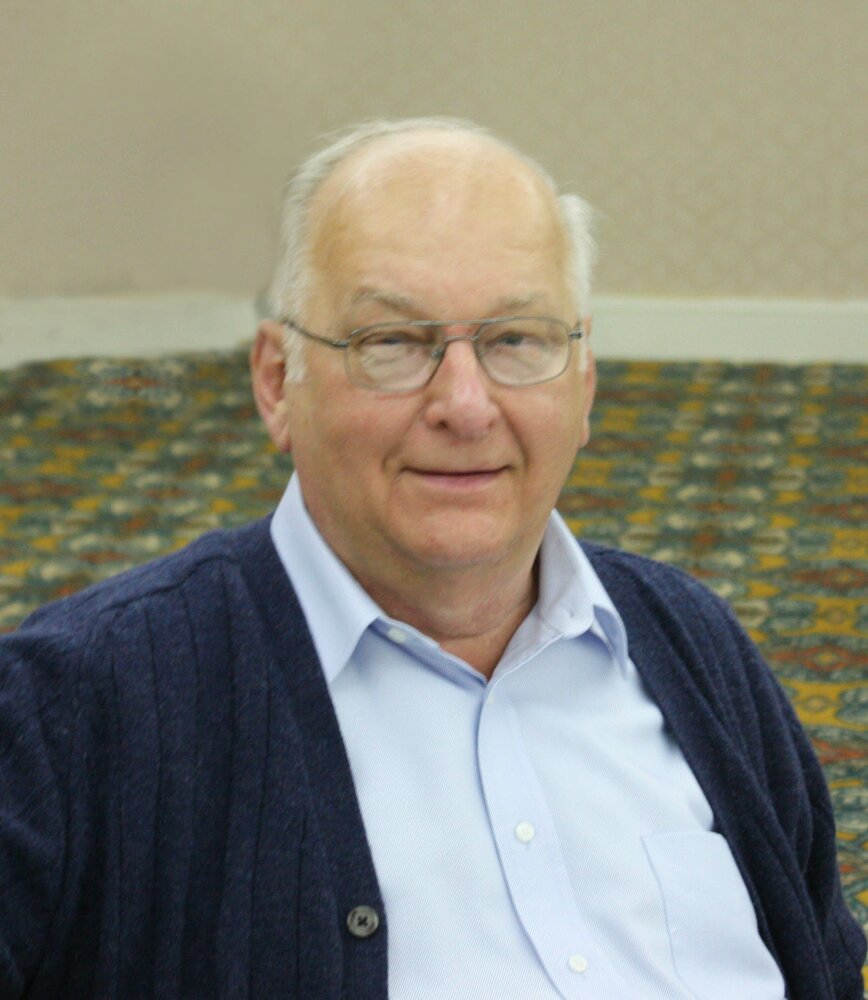 Please share a memory of Edward to include in a keepsake book for family and friends.
View Tribute Book

Born on February 13, 1935 in Lowell, Ed was the son of the late Stanley and Anna (Ferus) Grzyb and the older brother to the late Paul Grzyb. He grew up in a Polish neighborhood in Lowell, attending the local Polish Catholic elementary school, and graduating from Keith Academy.

Ed served in the United States Air Force from 1957 to 1958 and then went into the reserves. He was called back into active duty during the Cuban Missile Crisis in 1962 where he served as an air traffic controller.

Ed worked for the A & P grocery stores for 26 years. He started as a clerk and worked his way up to store manager in Lowell, Woburn, and several other locations. He then went on to work for several food distributors including Imperial Distributors and Tayters Potato Chips. His final job was for the Winchester School Department lunch program.

Ed was proud of his Polish heritage and was very active in the Polish Community. He distributed Polish music and heritage items and travelled to many Polish festivals to enjoy the music, food, and friendship. He arranged several bus trips to Polish festivals in the Catskill Mountains and Michigan and organized Polish dances at St. Michael’s Hall in Lynn in the 1980’s and 1990’s. He served as President of the St. Michael’s P.N.A. in 1997 and was a member of the Polish National Alliance and International Polka Association.

Ed was a longtime parishioner of St. Agnes Church in Arlington and served as a Eucharist Minister for many years. He was an avid Boston sports fan and read the sports section of the newspaper every day. He was also a proud member of the Knights of Columbus for over 50 years.

In his later years, he cherished his new role of grandfather to his three beautiful granddaughters and was delighted in a handsome grandson to complete the foursome. He enjoyed spending time with them and watching them grow up. He always made sure there were munchkins in the house when they arrived.

Edward was the beloved husband of 45 years of Mary Alice (Judge) Grzyb of Woburn. He was the loving father of Edward Grzyb, Jr. & his wife Stephanie of Roslindale and Mary Ann McMahon & her husband Brian of Lynnfield. He was the proud grandfather of Ruby Fredericks-Grzyb and Molly, Kiera, and Brendan McMahon. He was predeceased by his brother Paul Grzyb. He was the brother-in-law of Donna Grzyb of Lowell, Anne Marie Judge of Billerica, Charles & Susan Judge of Silver Spring, MD, Martha Kea of Cataumet, and the late George Judge and William Kea. He is also survived by many nieces, nephews, and friends.

Visiting hours will be held at the Edward V. Sullivan Funeral Home, 43 Winn St., Burlington on Sunday April 10 from 3-6pm. Funeral will be from the Sullivan Funeral home on Monday April 11 at 8:45am. followed by a Mass of Christian Burial at St. Agnes Church, www.cparl.org, 32 Medford St., Arlington at 10a.. Services will conclude with a burial in Calvary Cemetery, Waltham.