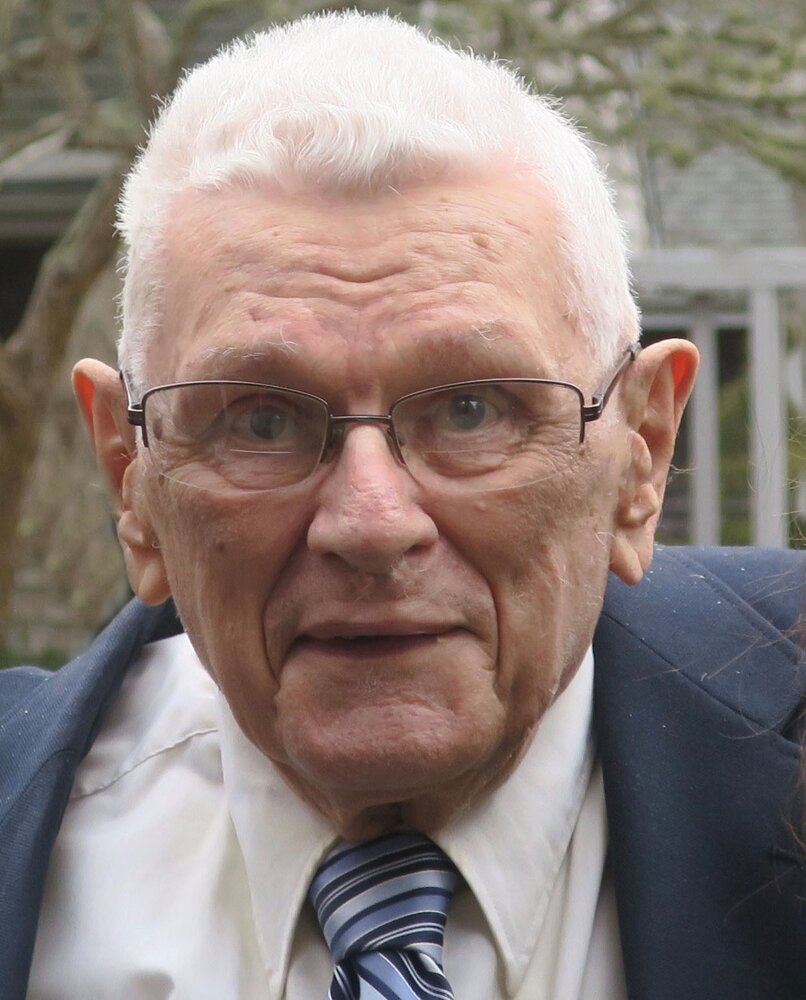 Please share a memory of Hilbert to include in a keepsake book for family and friends.
View Tribute Book

Hilbert E. “Bert” Fitch, died on Friday, April 8, 2022, at the age of 92. Born in Cambridge to Frederick and Edith (Rice) Fitch, he grew up in Lexington, Maine, Cambridge and Boston and was a graduate of Hyde Park High School.  He earned his Associates Degree from Wentworth Institute of Technology.   He worked for RCA (later General Electric) from 1957 until 1995, starting as a draftsman and retiring as an electrical engineer.  He worked in laser telemetry and optics and other technological innovations , and was very proud to be part of the team that designed the navigation module for the lunar landing.

A quiet man, Hilbert approached life with an engineer’s mindset.  He enjoyed family gatherings and bowling with friends.  He loved working around his home, improvising repairs and improvements, mowing his own lawn, raking leaves out of the brook, and going up on his roof to clean the gutters into his late 80’s.

Hilbert was the beloved husband of the late Jeane H. (Schwalm) Fitch to whom he had been married for almost 70 years at the time of her death from Covid in 2020. He was the loving father of David A. Fitch & his partner Janet Britcher of Wellesley, and Warren F. Fitch & his wife Laurie of Hudson, NH. He was the proud grandfather of James, Martha, Grant, & Emma Fitch, Heather Schofield, and April Beaulieu.  He was the brother of the late Marjorie Jones and of Stanley Lapham of Hampstead, NH.  Jeane  passed during the early days of the COVID Pandemic, and her funeral service was deferred.  A joint funeral service will be held for Hilbert & Jeane on Wednesday April 27, 2022 at the Wilmington United Methodist Church, www.wilmingtonumc.org at 11:00am, followed by interment of their ashes at Pine Haven Cemetery in Burlington. Relatives and friends are respectfully invited.

Memorials in Hilbert’s and Jeane's names may be made to the Wilmington United Methodist Church, 87 Church St., Wilmington, MA 01887.

Share Your Memory of
Hilbert
Upload Your Memory View All Memories
Be the first to upload a memory!
Share A Memory