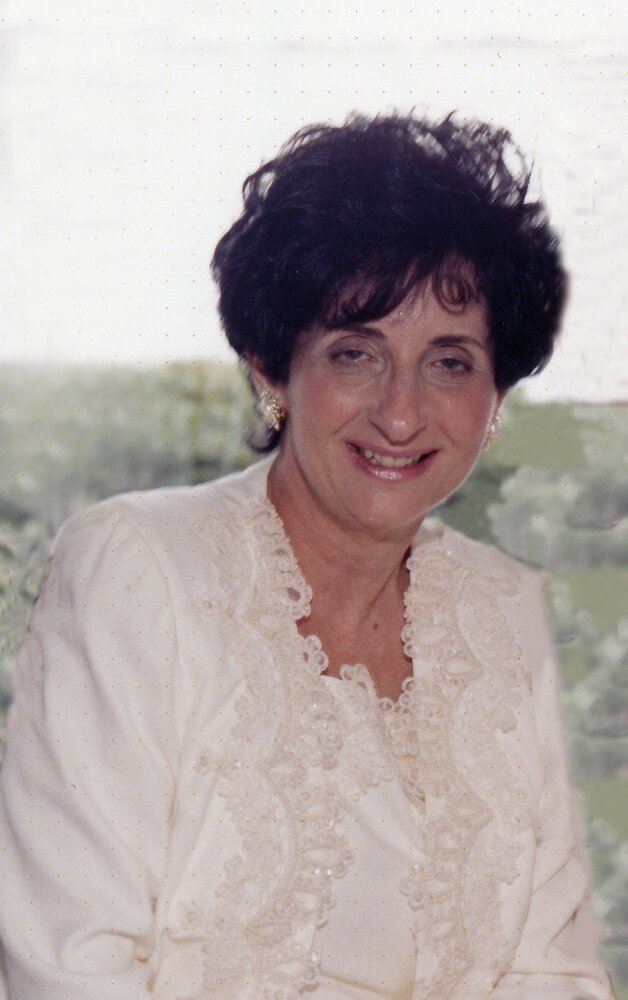 Please share a memory of Anne to include in a keepsake book for family and friends.
View Tribute Book

Anne C. (Flammia) Maher passed away at the Lahey Hospital & Medical Center on Saturday, April 9th following a long battle with Multiple Sclerosis. The beloved wife of the late Robert H. Maher, she was 79 years old.

Anne was born and raised in Medford and was the daughter of the late Paul and Alice Flammia.  She graduated from Matignon High School then earned her bachelor’s degree from North Adams State College. It was while attending college that she would meet her future husband, Bob Maher.  Anne and Bob graduated college in 1964, married the following year, and moved to Stamford, Vermont.  Stamford was a quaint town and a wonderful community to raise a family. Anne and Bob moved to Burlington, MA in 1987 to be closer to her mom, her sisters and their families.

Anne taught math for one year then dedicated herself to raising her three children.  She eventually went to work for H&R Block as a Tax Preparer.  When Anne moved to Burlington, she was so missed by her customers that many of them would drive down from Vermont to visit under the guise of delivering their tax documents. Her life truly revolved around her family. Anne was exceptionally close with Jean, Paula, and Linda, who were not just her sisters, but also her best friends. The four of them could always find an excuse to get the whole family together for a party. Summer vacations were spent at the family cottage in Hampton Beach, which stayed in the family for 50 years.  Anne used to spend weeks there every summer with her mom and her children, and later enjoyed visiting with her grandchildren. Even in recent years, Anne loved going up to the boardwalk to see the sandcastles and fireworks. In 2005, Anne gifted her grandchildren with a magical trip to Disney World that they’ll never forget.  At home in Burlington, she loved playing board games, watching television, and sharing stories with her grandchildren.  Anne often read to her granddaughter Cecelia, who later took over the role of storyteller as they got older.

Anne also enjoyed watching Hallmark movies and her favorite game shows.  For almost five decades, she fought a courageous battle with MS; she fought not just the disease but the challenges that came with it.  Anne will be fondly remembered for her positive attitude, strong will, determination, incredible love for her family, and gift of gab. She always wanted the best for everyone.  Anne will be deeply missed by not only her family, but also her loving caregivers who allowed her to live at home and maintain her independence.

Anne was the beloved wife of the late Robert H. Maher. Loving mother of Robert Maher & his wife Kirsten of Laconia, NH, Steven Maher & his wife Connie of Bonita Springs, FL, and Cheryl Maher of Haines City, FL. Proud grandmother of Cecelia Soto, Justin, Katie, Ariss, Ariana & Chloe Maher. Sister of Linda Durgavich of Burlington and the late Jean Santullo and Paula Farnum. Visiting hours will be held at the Edward V. Sullivan Funeral Home, 43 Winn St. Burlington on Tuesday, April 12 from 4-7pm. Funeral from the funeral home on Wednesday, April 13 at 8am. Followed by a Mass of Christian Burial at St. Margaret’s Church in St. Veronica Parish, www.stveronicama.org, 111 Winn St., Burlington at 9am. Burial to follow in Pine Haven Cemetery, Burlington.

In lieu of flowers, memorial contributions in Anne’s memory may be made to the Burlington Council on Aging, 29 Center St., Burlington, MA 01803.