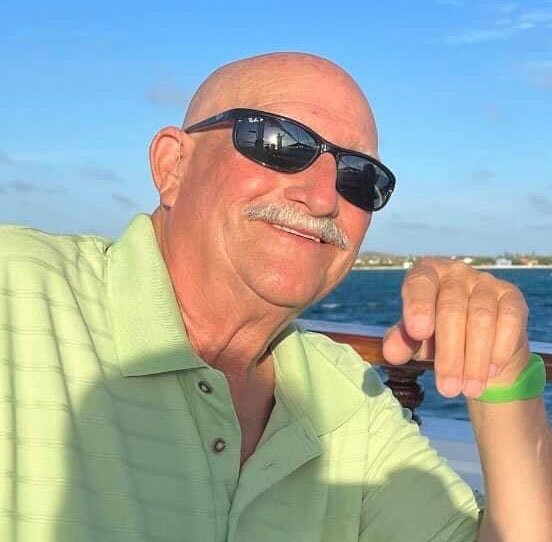 Please share a memory of Warren to include in a keepsake book for family and friends.
View Tribute Book

Warren Reed Yeadon passed away at his home in Belmont, New Hampshire on Friday afternoon, April 15, 2022, with his mother and his children by his side. The beloved husband of the late Lois (Fillmore), who passed away on April 13, 2021, he was 72 years old.

Warren was born in Woburn.  He was raised in Burlington and was a 1967 graduate of Burlington High School.  In 2010 Warren was inducted into the Burlington Hall of fame for his 1966-1967 Hockey team achieving the first BHS League Championship title. With his former wife Dottie Yeadon, Warren raised his family in Burlington.

After leaving Burlington, Warren and his second wife Lois lived in Billerica for several years before moving to their dream, lake front home on Winnisquam, in Belmont New Hampshire. They lived there, enjoying everything lake life had to offer, for the past 20 plus years. Warren had a career as a driver in the trucking industry. His first job was with Stop and Shop, and he went on to open his own trucking company, Manor Transportation. He retired at the age of 61.

Warren was a funny and generous dad to his children.  He was proud of them all and all of their accomplishments.  He was blessed to see the birth of his two great grandchildren this past year. He especially enjoyed visits from his children and grandchildren, showing them loons, taking them tubing and teaching them to drive boats. Warren had many interests and hobbies. He enjoyed 10 pin bowling.  He was a long-time devoted member of the Loyal Order of Moose, achieving its highest honor known as Pilgram of the Order.   Warren and Lois took yearly trips to Aruba where they would spend 2 weeks with family and friends.  It was their Happy Place!  They also enjoyed trips to Booth Bay Harbor in Maine.

Warren’s family vacationed on lake Winnisquam for generations.  His parents owned a home there, where Warren and his family would stay.  Warren and Lois enjoyed living in the Sunray Shores community.  He enjoyed pontoon boating with family, friends, and everyone’s dogs. Both Warren and Lois were very involved in the community association.  Warren loved helping friends and neighbors get their boats in and out of the water and helping them with their landscaping.  Warren loved nature and was a lover of all animals, but most especially dogs. His two dogs, Duffy and Hannah, were more like children to him than pets.

These past few months, as Warren battled his illness, his children, his mom and his siblings were constantly by his side caring for him and making sure he did not want for anything.  Warren will be remembered as a man who enjoyed his life and had great love for his family.

Share Your Memory of
Warren
Upload Your Memory View All Memories
Be the first to upload a memory!
Share A Memory