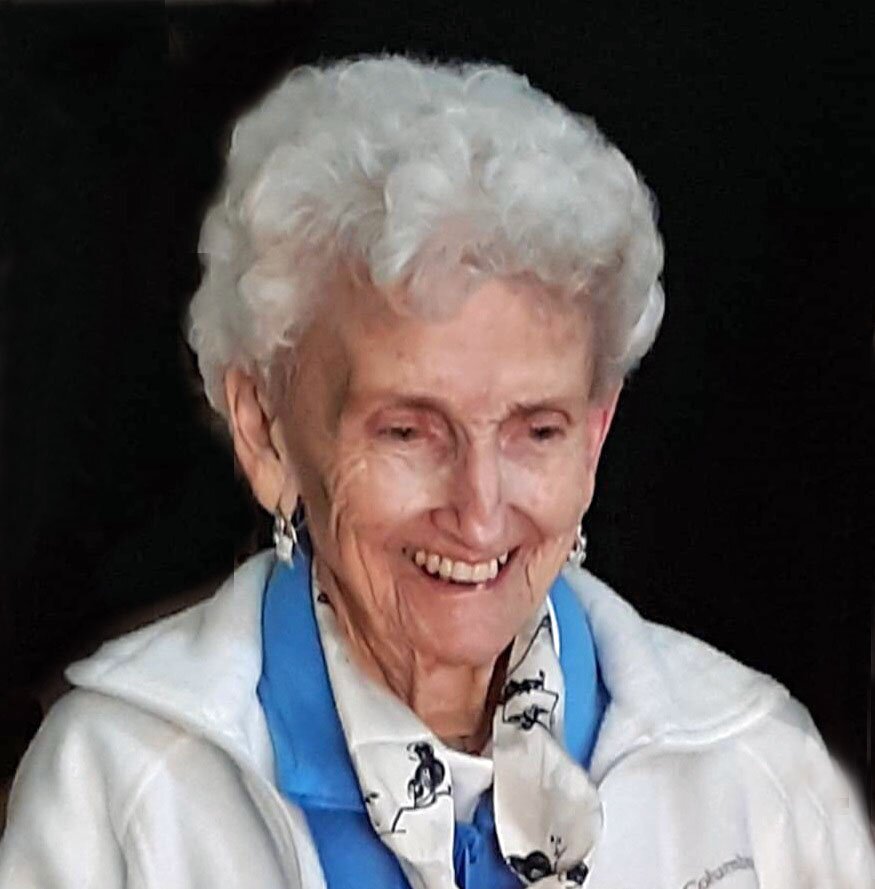 Get Directions
Saturday
21
May

Phyllis Zimmermann passed away peacefully in Chelmsford, MA on April 20, 2022 at the age of 92 with family by her side.  Her warmth, her kindness and her sense of fun and curiosity were felt by all who met her and she will be remembered for her kind and gentle spirit.

Phyllis R. McCarty was born in Bangor, Maine on March 4, 1930.  She grew up in Canandaigua, NY, where early in life she worked at her father’s donut shop with her sister, Janet.  She graduated from Ithaca College with a degree in Physical Education in 1951.  She met Steve Zimmermann in Ithaca, New York during their college years while he was attending Cornell University.  They married in November 1951.

As they began to raise their (large!) family, Phyllis and Steve lived first in Camden, New Jersey before relocating to Burlington, Massachusetts in 1958 – first on Evelyn Street and then for 25 years on Maud Graham Circle.  They retired to York, Maine and then later to Sarasota, Florida – because they always loved living near the ocean.

Physical health and natural wellness were important to Phyllis, and throughout her life she prioritized healthy, balanced eating.  She was very knowledgeable about the purpose of a multitude of vitamins and which foods they were present in.  She was generous with that knowledge and influenced the dietary habits of many of so many of the people she knew.  Her children grew up with a two-level Tupperware vitamin container!

Phyllis was also always very active and enjoyed exercise.  She played tennis in her younger years and incorporated more gentle activities like water-aerobics, stretching, and walking when she could no longer swing a racket.  Gardening was another outdoor activity Phyllis engaged in –and excelled at—her whole life.  Her flower and vegetable gardens at Maud Graham Circle spread over more and more of the yard each year.  Later in York, ME, Phyllis commandeered the slope past the end of their condo and built a small empire of a perennial garden.  The move to Florida meant almost year-round access to outdoor activities, but the gardening proved tough in the hot summers!

Phyllis also had many other interesting hobbies through the years.  She liked bird-watching.  She loved dining out.  Long ago there was knitting for a time and that was replaced by braiding rugs.  She enjoyed card games, and taught all her children and grandchildren Rummy, Crazy 8’s, and other family favorites.  She also played cards socially with many different groups and learned Mah-jong in retirement.  And then there were puzzles…thousands of them – mostly the 1,000 piece variety (though she did appreciate a fun picture rather than the hunt and peck of a huge blue sky).  She would keep little notes on the back of her puzzle boxes indicating when and where she worked on them.

Burlington, Massachusetts will always be the true base of Phyllis and the Zimmermann family.  Phyllis and Steve were active in local government, had a large circle of friends, and loved to attend and host many parties.  One of Phyllis’ exceptional and wonderful qualities was her ability to interact and relate to so many of her children’s friends.  The house on Maud Graham Circle was a place where any visitor could sit with Phyllis and talk about life – politics, parents, relationships…..anything.

Such a full life is hard to encapsulate….all the family trips to Florida; the Phyllis and Steve trips to Florida in the camper; trips with their gang to Chebeague Island; Good Harbor beach, Long Sands beach, and the family “beach juice”; Trilby bars; the kids crashing the parent’s parties and the parents crashing the kid’s parties…culminating (perhaps) in the full-on joint “Bizarre Party” in the back yard, now legendary among friends and family.

Phyllis was one-of-a-kind, and could really draw people in.  Whether greeting an old friend with a “howdy” or making a new friend just by saying hi.  She insisted she was shy, but her engaging personality proved otherwise; she seemed to leave a lasting impression on all who she encountered.

Phyllis was the adored wife of Stephen (“Steve”) Zimmermann until his passing in July of 2005.  She is pre-deceased by her sister Janet Ketch who passed away in 2021.  Phyllis is remembered by her eight children and their spouses: Michael and Norma Zimmermann of Methuen, MA; Richard “Dick” and Lisa Zimmermann of Magnolia, MA; Donal and Connie Zimmermann of Billerica, MA; Kenneth Zimmermann and Chris Gallegos-Zimmermann of Arvada, CO; Robert “BZ” and Diane Zimmermann of Niwot, CO; Connie and Edmund Mitchell of Chelmsford, MA; Stephen “Chip” and Lynn Zimmermann of Weston, CT; and Daniel Zimmermann and Elaine Gerbrands Zimmermann of Standish, ME.  She will also be fondly remembered by her many grandchildren, Lori, Matt, Daniel, Thomas, Alicia, Halley, Chelsea, Emma, Stephanie, Edym, Charles, Jack, Chloe, and Daniel, and her beloved niece Kym (Ketch) Aldridge and many other nieces and nephews.

A wake will be held at the Edward V Sullivan Funeral Home, 43 Winn St., Burlington on Saturday, May 21 from Noon to 2:00pm, including family remembrances at 1:40.  All are invited to Phyllis's Celebration of Life immediately following at the American Legion Hall, 162 Winn St., Burlington, from 2 p.m. - 6 p.m.

In lieu of flowers, memorial donations in Phyllis’s name may be made to Habitat for Humanity.

Share Your Memory of
Phyllis
Upload Your Memory View All Memories
Be the first to upload a memory!
Share A Memory