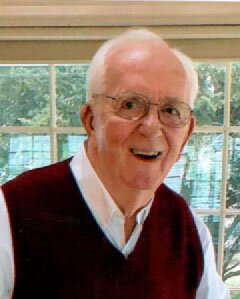 Please share a memory of Neil to include in a keepsake book for family and friends.
View Tribute Book

Clicking on the link (above) will bring you to our facebook page (sign-in is NOT required) to view a live-stream of Neil's funeral mass.  The live-stream will begin a few minutes before his funeral, Wednesday, April 17th @ 10am.

Neil is the son of the late Neil and Rose Guanci (Ciulla). He grew up in Everett as part of a large Italian family. He went to the Immaculate Conception School where he met the love of his life, Donna, when they were 14. Neil went on to graduate from Christopher Columbus High School in the North End of Boston. Neil and Donna were married in 1967 and settled in Burlington shortly thereafter where they raised their four children.

Neil worked for Dunkin’ Donuts for 38 years. He began his career as a District Sales Manager and eventually worked his way up to Vice President. His last position, VP of International Operations, offered him the opportunity to travel the world, visiting 62 countries.

Neil retired in 2002 and spent the next 20 years traveling with his wife and family and helping to care for his grandchildren. Neil and Donna’s favorite place to travel was to Hawaii, where they visited 25 times. They also enjoyed cruising with their friends and taking the entire family to Disney World where they have made so many wonderful memories.

Neil accomplished so much throughout his life, but what he was most proud of was his family. He taught his children what it meant to be a good person. Neil treated everyone with kindness and respect and was always generous. Neil will be remembered for his ability to light up the room. He always had a smile on his face and loved to make people laugh. Neil had a way of making everyone feel special.

Neil was the best “Papa” to his 9 grandchildren. He loved taking them to the park, attending their games and recitals, and making them his famous Mac & Cheese.

Neil inherited a love of cooking from his mother. He was known for his beautiful antipasto salads (that he would take pictures of), his stuffed mushrooms and of course his macaroni and meatballs. He was at his happiest when he was surrounded by his family at the kitchen table.

Neil was a parishioner of St. Margaret’s Parish for over 50 years and his faith was a very important part of his life. Neil was diagnosed with Parkinson’s Disease almost 8 years ago and while things may have gotten difficult for him, he never complained. He put his trust in God and made the best of every day that he was given. He is now resting peacefully.

Neil will be missed by all that knew him.

Memorial donations, in Neil’s name, may be made to www.michaeljfox.org

Share Your Memory of
Neil
Upload Your Memory View All Memories
Be the first to upload a memory!
Share A Memory