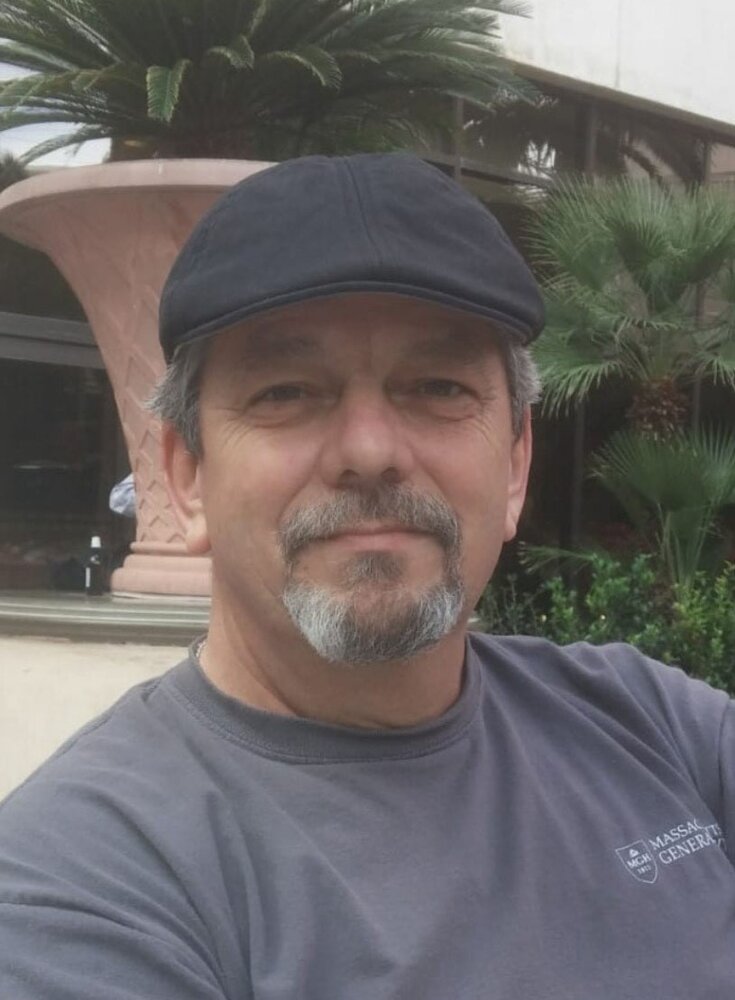 Douglas Earl Pond passed away at the Lahey Hospital & Medical Center on Friday, May 6, 2022.  Doug would have celebrated his 64th birthday on May 18.

Doug was born in Melrose. He was the son of the late Stanley and Joan Pond.  Doug was raised and educated in North Reading and a 1976 graduate of North Reading High School.  After high school Doug honorably served his country in the United States Navy from 1976 to 1980 achieving the rank of HM4.   While in the Navy he was stationed in Pearl Harbor and was a Medical Field Service Technician.  After leaving the service he worked as a technician in the health care industry working at Massachusetts General Hospital and several other Manufacturing facilities.

Doug was an outdoors man, and nothing brought him more pleasure than a day of hiking.  He was proud to be a member of the Masons, which is the oldest and largest goodwill fraternity in the world.

Doug was the loving father of Susan Villanueva-Barrera of Concord, NC.  He was the proud grandfather of Lucy.   Brother of Scott Pond & his wife Elizabeth of Franklin, James Doten & his wife Lisa of Burlington, Stephen Doten & his wife Julia of Atkinson, NH and Susan Faunce & her husband Mark of Madison, NH.  Beloved companion of Marchella of Framingham.  Funeral Services were private.  In lieu of flowers, in honor of Doug’s, proud service to his country, memorials may be made to the New England Shelter for Homeless Veterans, 17 Court St., Boston, MA 02108  www.nechv.org

Share Your Memory of
Douglas
Upload Your Memory View All Memories
Be the first to upload a memory!
Share A Memory