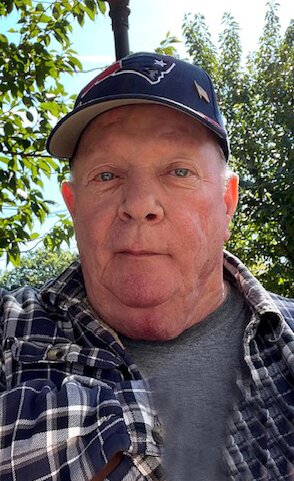 Get Directions
Tuesday
31
May

Get Directions
Tuesday
31
May

Paul R. McDonough, a veteran of the Vietnam War, passed away at the Lahey Hospital & Medical Center on Wednesday evening, May 25, 2022. The beloved husband of Bridget (Crosby) he was 69 years old.

Paul was born in Woburn.  He was the son of the late Mary and Edward McDonough.  Paul lived in Woburn until 1966 when his family moved to Burlington.  He was a 1971 graduate of Burlington High School.  After high school he was drafted and served his country in the United States Army from 1972 – 1974, stationed in Fort Sill, OK.  He was the recipient of the National Defense Service Medal. Paul was proud of his service to his country and was a long-time active member of the American Legion.

While serving in the Army Paul worked as a cook and this would lead him to his future career as a chef.  He worked at various places throughout the years including the Holiday Inn in Waltham and Dedham, Billerica Country Club, Stouffers in Bedford, Raytheon in Burlingon and Youville Place in Lexington.  He was a talented Chef who was often called in to cook for large functions all over Massachusetts.   Paul’s skill wasn’t just about cooking good food.  He made sure his food was creative and displayed to impress all the guests!

Paul raised his three daughters in Burlington.  He loved his girls and was an amazing Dad.  He made sure he called each of them every day.   He was proud of all their accomplishments.  He enjoyed playing cards, trips to Salisbury Beach to visit the arcades and deep sea fishing trips.  He loved spending time with his family being together for cookouts and holidays. His greatest joy was being a “Papa” to his six grandchildren whom he adored!

It was while working at Youville Place that he would meet a co-worker, Bridget Crosby.  They married in 2006, made their home in Woburn and had a wonderful life together.  They enjoyed playing keno, visiting with friends at the American Legion and eating out at local restaurants.   This past February the McDonough family had a wonderful and memorable celebration together at the wedding of his daughter Jessica to her husband Evelings Phillip.