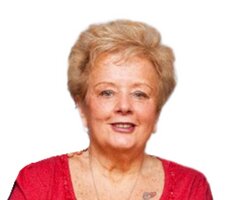 Maureen T. (Flaherty) Neary passed away on Friday morning, May 27, 2022, following a long battle with cancer.

Maureen was born in Fitchburg.  She was the daughter of the late John and Grace Flaherty.  Maureen was raised and educated in Somerville and Medford. Maureen raised her two daughters in Tewksbury and then she moved to Woburn.   She enjoyed traveling.  She visited warm destinations such as the Caribbean, Mexico and Aruba.  Maureen also spent time in some European countries such as Spain, Greece and she even visited Africa.  Maureen was a homemaker and enjoyed cooking.  Her greatest joy was being a “Nana” to her grandchildren.  They were the light of her life.

Maureen was the mother of Lisa Walczak & her husband Derek of Ipswich and Julie Mejia of Woburn.  She was the proud Nana of Marisa, Brandon, Deacon & Dahlia.  Sister of John F. Flaherty, Jr. & his wife Michelle of Burlington, Patricia O’Connor-Fluhr & her husband Charles of Charlestown, Timothy J. Flaherty of Andover and the late Donald J. Flaherty.  Best friend of Sherry Bergonzi of Quincy.

A Mass of Christian Burial will be held at St Margaret Church, in St. Veronica Parish, 111 Winn St. Burlington on Friday, June 3 at 10 a.m.  Burial to follow in Calvary Cemetery, Winchester.  In lieu of flowers memorials in Maureen's name may be made to the American Melanoma Foundation www.melanomafoundation.org or Compassionate Care Hospice an Amedisys Company www.amedisys.com, 800 West Cummings Park, Suite 3100, Woburn, MA 01801.