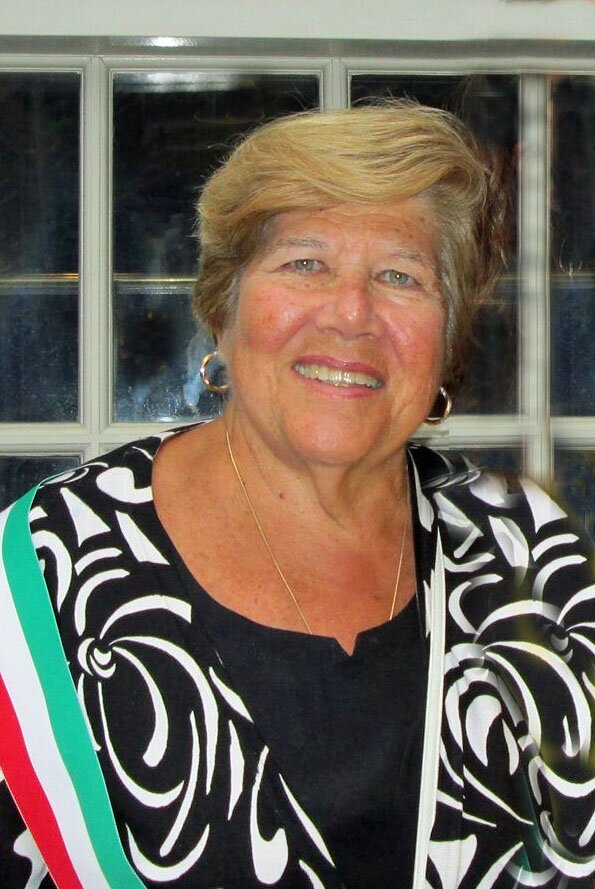 Josephine “Jo” Fernandez, a woman devoted to her faith, community, and most importantly her family, passed away after an extended illness on Monday night, June 13, 2022, at home surrounded by her family.  She was 84 years old.  Josephine was born in Boston.  She was the daughter of Sicilian immigrants, Josephine and Angelo Porrovecchio. They lived in the North End of Boston and then moved to Medford where Josephine spent much of her childhood years. Italian and English were both spoken in a home steep in Italian traditions and values.  She grew up with 3 older sisters and one younger brother.  Family always came first, and food was the glue that brought family together.  Her love of cooking came from spending time in the kitchen with her mother.  Homemade pasta and meatballs were her specialty. She also learned from an early age about being a part of the community and keeping traditions.  Her family often returned to the North End to visit family and friends.  She first met her husband Fernando “Fred” Fernandez when she was 10 years old.  They dated when they were teenagers and married when she was 20 years old.  The couple settled in Burlington in 1962 to raise their 3 children.

Josephine worked for over 25 years at the Lahey Clinic Hospital in Burlington.  She had several positions including working in the Microbiology Department, working as the administrative assistant for the VP of Philanthropy, and ended her career in the Research Department.

Josephine was always on the go and involved.  She was a member of the Societa San Giuseppe di Riesi or commonly referred to as the St. Joseph’s Society whose members are descendants from the Riesi, Italy. She served as Secretary for many years and every year on the banquet and feast committees.  She would recruit and involve her entire family to support St. Joseph, whether it was making centerpieces for the banquet, walking with the feast parade or cooking for Saint Joseph’s Day. She was also a member of the Son’s of Italy in Burlington and was always quick to volunteer or sign up for whatever was needed. In her later years, she was involved in Burlington Council on Aging where she sang with friends, enjoyed luncheons, and played bocce.  One her favorite events was the BCOA’s Senior Prom.  She loved getting all dressed and dancing the night away with her beloved Fred.

Friends were very important to Jo. She made lifelong friends during her childhood in Medford, when bringing up her family in Burlington, and during her days at Lahey. Later longtime friends were made at the Son’s of Italy, BCOA and her weekly bowling league.

Josephine and her husband, Fred, where a wonderful duo.  They were always together and supported each other in everything. Not a weekend went by without going out for dinner together. Sundays were spent together on the beach, and they made countless trips to cape cod, Aruba, Florida and Italy.  As a mother, she was protective and encouraging. She was a great teacher and gave wonderful advice.  She never held back and said it the way she saw it.  Time spent at the dinner table was important. Dinner was always at 5:00PM sharp. It was a time to talk as a family. Even as her family grew, Sunday dinners were something everyone looked forward to.  She held a special place in all her grandchildren’s lives.  She went to baseball and basketball games, school events, plays, birthday parties, celebrations, and “Pizza at Nana’s was the newest event started with the addition of great grandchildren. She was so loved by her children’s friends and her grandchildren’s friends, respectfully called Mrs. Fernandez or loving called “Nana”.  Josephine loved to entertain.  All holidays were held at her home. Her 4th of July clambake/cookout was epic and never missed by any family member. All gathered to enjoy food, swimming, and the annual mudslide contest. Her Christmas open house was so popular that in later years she passed it onto her daughter but continued to provide some of the food & desserts. She truly held a special place in everyone’s heart.  It is sad to see her passing, but she is now reunited with her beloved Fred who passed just last year.

Josephine was the beloved wife of the late Fernando “Fred” Fernandez.  She was the loving mother of Gina Fernandez of Billerica, Bill Fernandez of Pensacola, FL, and Donna Fernandez & Steven O’Brien of Woburn. She was the extremely proud “Nana” of Michael Fernandez & his wife Allison, Brett, Brenden, & Sam Hickox, Chelsea Smith, Christopher & Alicia Fernandez, and Jake Delaney and great grandmother of Josephine & Rosalie Fernandez. She was the sister of Sonny Porrovecchio & his wife Anna May of Medford, the late Rose Sciarappa, Honey Costa, and Betty Pantone. She was also survived by many nieces, nephews, cousins, and friends.

Visiting hours will be held at the Edward V. Sullivan Funeral Home, 43 Winn St., Burlington on Thursday, June 23 from 4-7 p.m. Funeral from the Sullivan Funeral Home on Friday, June 24 at 9 a.m. Followed by a Mass of Christian Burial in St. Barbara’s Church, 138 Cambridge Road, Woburn at 10 a.m. Services will conclude with a burial in Pine Haven Cemetery, Burlington. In lieu of flowers, memorials in Josephine’s name may be made to the Burlington Council on Aging, 61 Center St., Burlington, MA 01803. For directions, obituary, online guestbook & memorial video see www.sullivanfuneralhome.net

Share Your Memory of
Josephine
Upload Your Memory View All Memories
Be the first to upload a memory!
Share A Memory