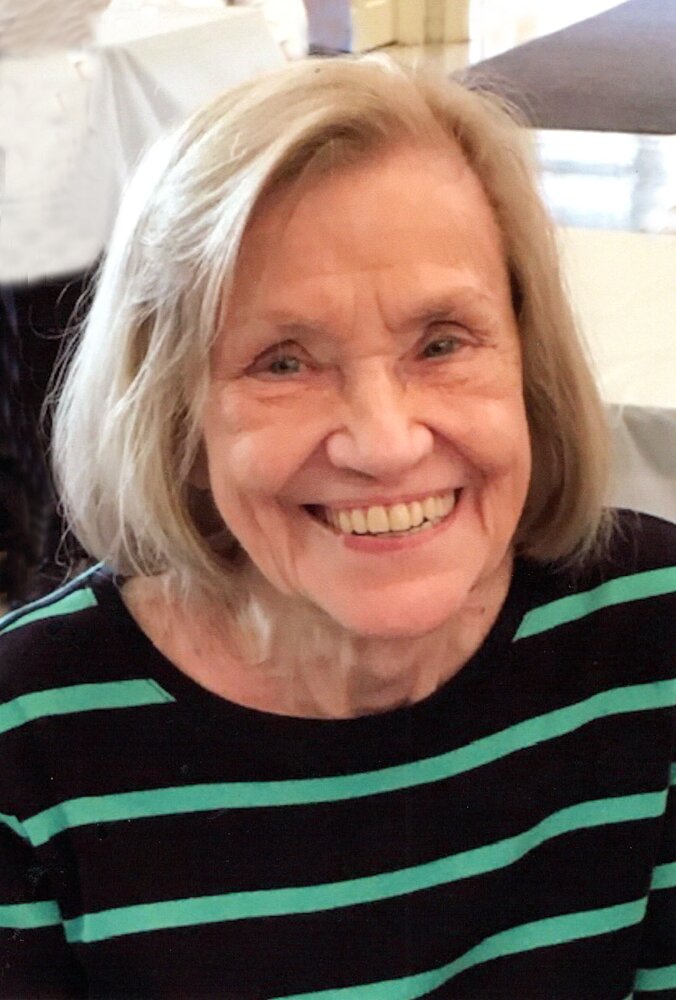 Clicking on the link (above) will bring you to our facebook page (sign-in is NOT required) to view a live-stream of the funeral service.  The live-stream will be available a few minutes before the service begins at 10am on Tuesday, June 21st.

Roberta (MacMillan) Robinson passed away at Brightview Assisted Living in North Andover on Monday evening, June 13, 2022.  Bobbie was the beloved wife of the late John “Jim” Robinson, Jr.  She was 85 years old.

Bobbie was born and raised in Medford. She was the youngest of 9 children born to the late Alan and Mildred MacMillian.  Bobbie had a wonderful childhood growing up with such a large family.  It was filled with love and laughter. It was while in Junior High School that she would meet her future husband, Jim Robinson.  They married on September 15, 1956.  In 1965 Jim and Bobbie would settle in Burlington where they would raise their 3 children.  After high school Bobbie worked for the Boston Globe and then later in life she worked as an Executive Secretary in the Human Resource department of Lahey Hospital & Medical Center. However, her greatest role and calling in life was being a mom.  She had a strong, supportive and loving presence in her three children’s lives. Bobbie was a great cook with homemade meals always on the table for her family, a trait she learned from her mom growing up. As a family Bobbie, Jim and the children enjoyed a memorable trip to Disney and family vacations spent in Cape Cod and New Hampshire. She had a close relationship with her brothers and sisters.  Bobbie, her sisters and sisters-in-law would meet monthly where they would enjoy a cup of tea, exchange recipes and catch up on all the events in their families’ lives.  They affectionally called this gathering “The Sisters Club”.

Bobbie’s faith was an important part of her life, and she was a longtime and active member of the United Congregational Church in Burlington.  Bobbie and Jim spent their retirement years in Venice Florida where they lived from 1996 – 2015.  They eventually moved back to Massachusetts and lived in North Andover.  Bobbie will be remembered as a loving wife, mother, and grandmother whose greatest joy and accomplishment was her family.

Visiting hours will be held at the Edward V Sullivan Funeral Home, 43 Winn St., Burlington on Monday, June 20 from 4-7pm. Funeral Services will be held at the United Church of Christ Congregational, 6 Lexington St., Burlington on Tuesday June 21 at 10am. www.uccburlington.org.  Burial to follow in Pine Haven Cemetery, Burlington.  Memorials in Bobbie’s name may be made to Alzheimer’s Association, 309 Waverly Oaks Rd., Waltham, MA 02452 www.alz.org