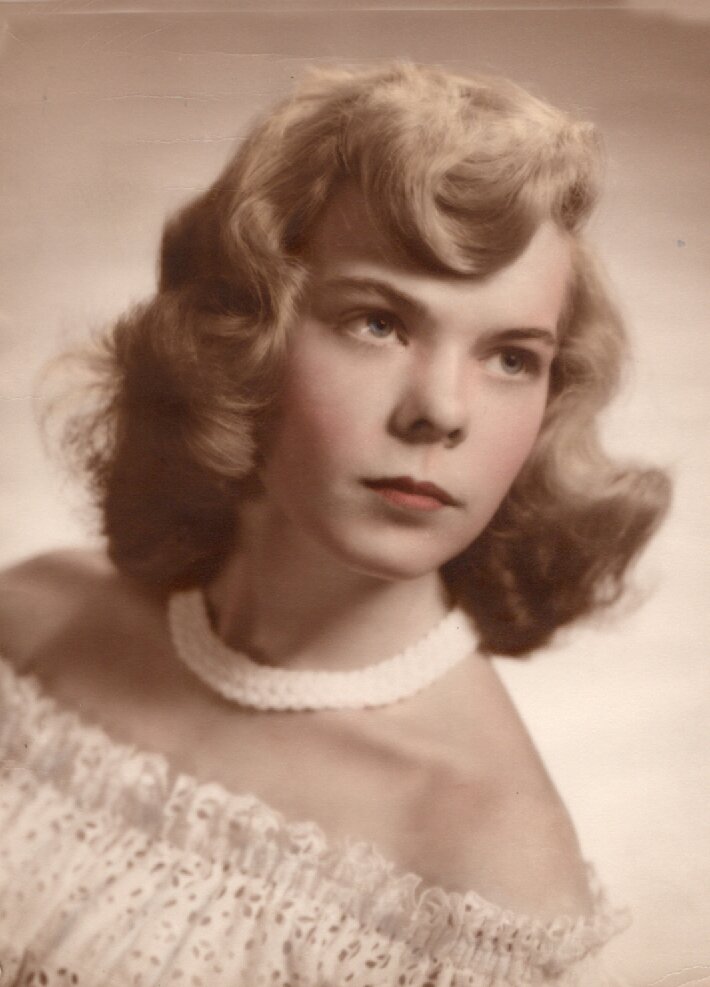 Margaret Jean (McNeil) Small passed away at her home, with her daughters by her side, on Tuesday, June 14, 2022.  The beloved wife of the late Alexander Small, she was 89 years old.

Peggy was born in Norwood.   She was raised in Brighton. She was one of two children born to the late Mae and Donald McNeil.  Peggy attended Winship Elementary School and Saint Columbkille High School.   After high school, Peggy did secretarial work at several companies including John Hancock.    Peggy would meet her future husband Alexander Small through her brother Bill.  They married in 1954 and lived in Brighton for the first years of their marriage and then moved to California for a few years before settling in Woburn where they would raise their three daughters.  They moved to Burlington in 2001.   Peggy devoted her life to creating a warm and loving home for her husband and three daughters.  She loved and supported her girls and there wasn’t anything she wouldn’t do for them.  In later years, she was involved in her grandchildren’s lives helping to care for them and was there for all the special moments in their lives.

Peggy always had a home project in the works.  She was an organized woman who wasn’t afraid to tackle any type of home improvement project and with her husband Al being a carpenter they made the perfect team.   Peggy had many interests.  She was an avid reader and enjoyed puzzles and trivia.  She liked to be up to date on current events and watched the news daily.  Peggy had a great interest in history and her ancestry.  She recently connected with family in Canada thanks to extensive research gathered by her cousin, Margie.

Many special memories were made on their boat affectionately called “Peg’s Cross”.  They were members of the Winter Hill Yacht Club in Somerville.  Many family weekends were spent on the boat doing various excursions such as July 4th Fireworks and the Tall Ships. The kitchen table at the Small house was a focal point of the family throughout the years.  They shared meals at the table, family stories and lots of laughter!

I am standing upon the seashore.  A ship at my side spreads her white sails to the morning breeze, and starts for the blue ocean.  She is an object of beauty and strength, and I stand and watch her until she hangs like a speck of white cloud just where the sea and sky come down to mingle with each other.

Then someone at my side says: “There! She’s gone!”  Gone where? Gone from my sight – that is all.  She is just as large in mast and hull and spar as she was when she left my side, and just as able to bear her load of living freight to the place of her destination.  Her diminished size is in me, and not in her.

And just at the moment when someone at my side says: “There! She’s gone!” there are other eyes that are watching for her coming; and other voices ready to take up the glad shout: “There she comes!”