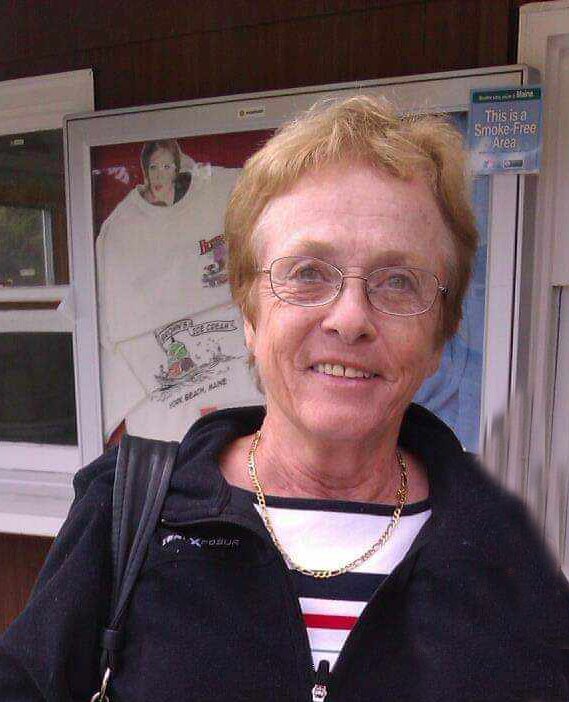 Brenda M. (Doherty) Downer passed away peacefully surrounded by her family, on Saturday evening, June 18, 2022.  The beloved wife of 61 years to Robert Downer, she was 81 years old.

Brenda was born and raised in Woburn. She was the daughter of the late Charles “Leo” and Helen Doherty.  She was a graduate of St. Charles High School.  After high school, Brenda worked at New England Telephone.  It was while working there she would meet a fellow employee, Bob Downer and fell in love.  They married when she was just 19 years old.   They moved to Burlington in 1966 where they would raise their family and become active members of the community.

Brenda was the best mom to her four children and a doting grandmother to her 8 grandchildren.  She was devoted to them and there was nothing she wouldn’t do for them. She was an attentive, committed and supportive matriarch. Brenda could be seen sitting in the stands of all the activities cheering them on.  She was a great cook a talent she shared with her children.  As a family they enjoyed vacationing at Long Beach in Rockport.  Bob and Brenda travelled extensively visiting locations such as Ireland, Spain, England, all the Caribbean Islands and many cruises and sites in the United States.  During their retirement years they would spend winter months in New Smyrna Beach, Florida.

Brenda had a zest for life.   She was talented, funny and outgoing. She always had a home improvement project on her plate. Music was also an important part of her life, and the Downer home was always filled with the sounds of music.  She was self-taught in the guitar and piano and always had a favorite song to sing for each of us. Brenda was an avid golfer and was a member of several leagues throughout the years including the Billerica Country Club.  Brenda and Bob were known to golf together at least 3 times a week.

Brenda made everyone feel special and always took the time to know everyone personally.  You always knew when Brenda was in the room because of her engaging personality, infectious laugh and great sense of humor.   Brenda was fully committed to her community and faith was an extremely important part of her life. She was a longtime parishioner of St. Malachy Church, and you would see Brenda and Bob together at the 4 p.m. Mass every Saturday.  Brenda and Bob had a wonderful 61-year marriage.  During her long battle with Alzheimer’s disease her family supported her unconditionally and Bob was by her side daily making sure she did not want for anything.

Brenda was the beloved wife of Robert E. Downer.  She was the loving mother of Robert E. Downer, Jr. & his wife Nancy of FL, Susan Downer of Chelmsford, Brian Downer & his husband Jim of Gloucester and Sharon Parker & her husband Scott of Dracut.  Proud grandmother of Vanessa, Jackelyn, Carly, Shelby & Brendan Downer and Brianna, Danielle, & Marissa Parker.  Great grandmother of Cameron, Isabella & Christian.   Sister of Charles Doherty of Tewksbury, Patsy Doherty of Woburn, the late Fredrick Doherty of Reading and the late Yolanda (Landie) Doherty of Derry.  She also adored and had much time for her many nieces, nephews, extended family and friends.

Visiting hours will be held at the Edward V Sullivan Funeral Home, 43 Winn St., Burlington on Friday, June 24 from 5-8pm.  Funeral from the Funeral Home on Saturday, June 25 at 9am. Followed by a Mass of Christian Burial at St. Veronica Parish, in St. Malachy Church, 99 Bedford St., Burlington at 10am.  Burial in Calvary Cemetery, Woburn/Winchester

Share Your Memory of
Brenda
Upload Your Memory View All Memories
Be the first to upload a memory!
Share A Memory