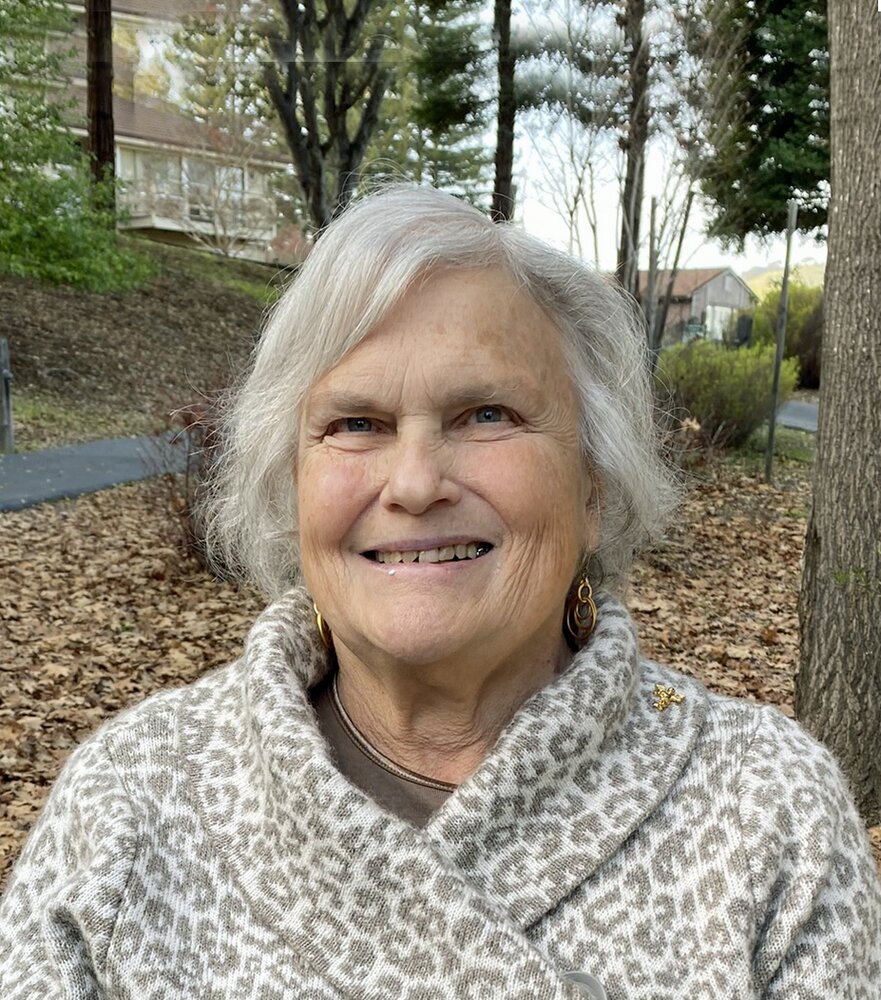 Clicking on the link (above) will bring you to our facebook page (sign-in is NOT required).  A live-stream of the funeral mass will begin shortly before 10am on Thursday, June 30th

“Be kind whenever possible. It is always possible.” These were the words that Judith I. Connors-Holland (“Judy”) lived by. Judy died on June 19, 2022 in California surrounded by her loving children. The much-loved and only daughter of the late Irene and Casimir Watman, Judy was a “proud Lynner,” born and raised in Lynn, Massachusetts, where she lived until she and her former husband, Tom Connors, moved to Burlington in the early 1970s to raise their four children, Ken, Kathy, Dan and Steve.

Judy’s stated mission in life was to offer unconditional love and kindness to all – and she enthusiastically did. Judy never met a person she did not like and rarely complained, except, like a true New Englander, occasionally about the weather and the Patriots (but never Tom Brady). She loved her family with a fierceness and constancy that are unmatched. Her children will tell you that she was the best mother in the world. If you were lucky enough to spend time with Judy, you heard (a lot) about her “awesome” children and grandchildren, nieces, nephews, and children’s friends.

While her children were growing up, Judy enjoyed countless hours watching them play organized sports -  football, basketball, lacrosse, soccer, tennis, and field hockey – as well as less organized sports – wiffle ball, knee basketball, and table hockey. Judy loved seeing her children active and happy but did not really care about the final score. She would never attribute an “E” for an error when she was scoring a baseball game, explaining that the only “E”s she ever gave out were for effort. She got as much joy from following her daughter’s high school field hockey team lose every game, every season, for 4 years straight, as she did from watching her son’s lacrosse team win the Massachusetts state lacrosse championship.

For Judy, being a mother and grandmother was the best thing in the world; something that gave her endless joy. But Judy also had another vocation; that as a nurse. Her favorite position was as a school nurse at Shawsheen Valley Vocational High School which she held for many years after raising her children. She loved nurturing all the students at Shawsheen and they loved her back, with many visiting her years after graduating to let her know what a difference she had made in their lives.

Judy enjoyed a special relationship with each of her eight grandchildren, spending much of her free time talking with them, attending their sporting events and plays, hosting “pajama days” in her house, or just playing endless games of Rummikub, Skip-Bo, Bananagrams and almost any card game you can think of. They are going to miss Nana’s unconditional love and support but are so grateful for the time they had with her.

In 2017, Judy moved to Novato CA, just down the street from her son, daughter-in-law and three of her grandchildren. She spent five extremely happy, sunny years seeing her family often, taking vacations with her children and grandchildren, going to her grandchildrens’ events, gardening, and listening to music, especially her favorite song “Ripple.” Her youngest grandchildren, Rollie and Casen, rode their bikes to Nana’s several times a week and helped her with chores before they would play games and enjoy snacks that were likely prohibited at their house. Judy believed that a little spoiling was a grandparent’s prerogative.

Judy was the loving mother of Kenneth & his wife Karla Ferry of Andover, MA, Kathryn & her husband Eric Soderberg of Pelham Manor, NY, Daniel & his wife Jennifer Kloepping of Novato, CA and Stephen of Upland, CA. She was the former wife of Tom Connors and the widow of Donald Holland. Judy is also survived by her beloved grandchildren, Ben and his wife Katy, Sydney, Eric, Ellie, Sam, Kash, Rollie and Casen, three of her five brothers and many nieces and nephews whom she loved very much.

A Mass of Christian Burial will be held at St. Veronica Parish, in St. Malachy Church, 99 Bedford St., Burlington on June 30, 2022, at 10:00am.  Burial to follow in Pine Haven Cemetery, Burlington.

In lieu of flowers, donations in Judy’s name may be made to  DYF (Diabetes Youth Families) - Dyf.org.

Share Your Memory of
Judith
Upload Your Memory View All Memories
Be the first to upload a memory!
Share A Memory