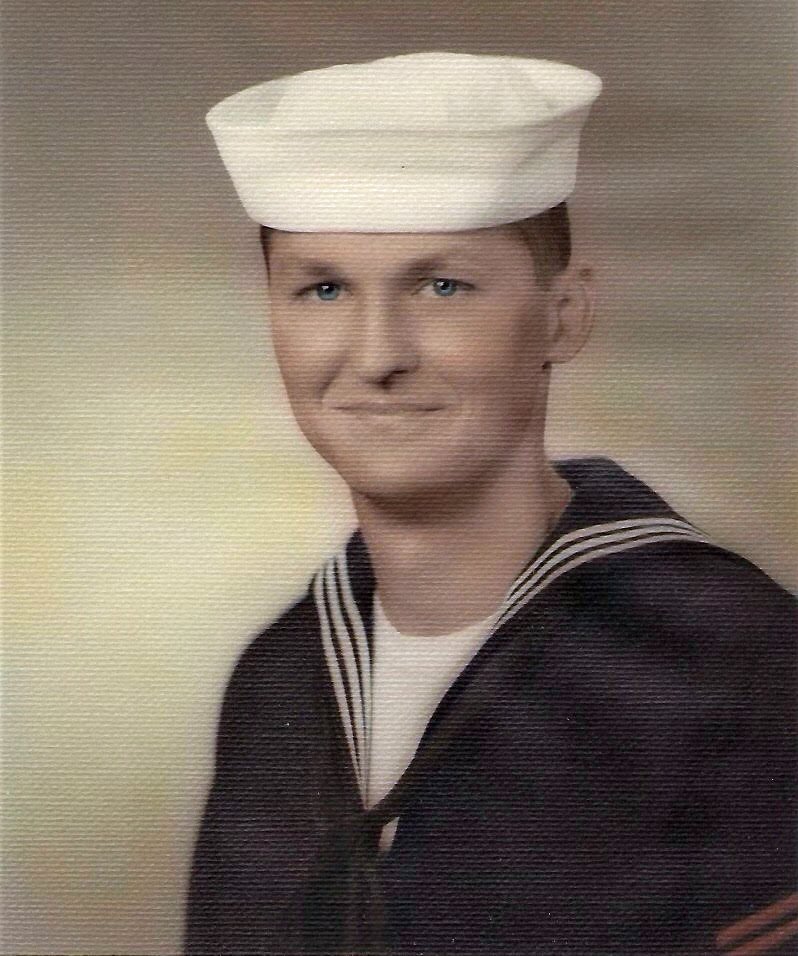 Frank L. Booth, a mechanical designer, passed away after an extended illness at his home on Wednesday, July 6, 2022.  He was 82 years old.  Frank was one of four children born to Eugenia and Earl Booth.  He grew up in Toledo, Ohio and was a 1958 graduate of Macomber High School in Toledo, Ohio.  He worked for several years before enlisting in the Navy where ye served as a Machinist Mate Second Class.  He served during the Vietnam War era, stationed aboard the heavy cruiser, USS Boston and the USS Hornet, an Essex-class aircraft carrier.   He served four years and was discharged in July of 1965.  Frank worked for 25 years with Romicon Incorporated which eventually became part of Koch Incorporated.  He designed ultra-filtration systems used to clean water & chemical systems of impurities.  Frank was as analytical thinker with mechanics hands.  He could look at a problem or goal, see the steps needed to come up with correct solution or application, and then get it done. He was well respected by his coworkers, management, and his clients.

Frank was always industrious, analytical, and patient.  He was always working around his yard, edging his garden beds, maintaining his lawn and shrubs, and tending to his garden.  When he was done with his yard work, he would go and help his neighbors with theirs.  He was extremely knowledgeable about orchids.  His basement was full of plants which he cross pollinated. He had well over 100 orchid crosses registered by him in the International Orchid Registry and was known all over the world.  It was a delicate process, and it would take over 5 years to see the results of his work with the first flower blossom.  It was a labor of love.

Frank’s faith was very important part of his life.  Like most things he did, when he decided to do something, he was all in.  He converted to Catholicism in 2008 at St. Joseph the Worker Church in Nashua, NH.  He served as an altar server for all the funerals, weekday masses, and Sundays.  He was vital part of the church community, and it gave him great joy to serve his God.  His good friend, Bishop Francis Chrisitan will preside over Frank’s funeral mass.

Frank was also all about his supporting and caring for his family.  He and his wife Linda shared 58 years together as husband and wife.  Frank was the quieter of the couple happy to do his work while Linda was gregarious enough for the both of them.  Together they made a great team.  They enjoyed working together around their home, raising their son and daughter, and spending time with all their grandchildren.  They enjoyed spending the weekends going on mini vacations with their children and then their grandchildren where Frank would try to cram in as many excursions, sightseeing, and activities as possible in the time allowed.  He instilled values of faith, family, hard work, thoughtful planning, and steadfastness to all his family.  Anytime Frank spent time with his family it was always a learning experience for them. He had lots of knowledge in many different areas which he shared with his family. He always enjoyed spending time outdoors with his family and providing his knowledge of plants & animals. He had suffered from the affects of dementia for the past 2 years, but that did not change the man he was and was.  Thanks to his wife, family, and great neighbors Frank remained home in his happy place doing the things he loved.

Frank was the beloved husband of Linda M. (Bell) Booth.  He was the loving and supportive father of Susan Diecidue and her husband Vincent of Hampton, NH and Frank Booth and his wife Kathleen of Chelmsford.  He was the proud grandfather of Ashley, Matt, & Julia Booth, and Michael, Christopher, and Stephanie Diecidue.  He was the brother of James Booth of Hicksville, Ohio, the late Larry Booth, and late Sharon Voto.

A funeral mass will be celebrated on Wednesday, July 13 at 10am. at St. Joseph the Worker Church in Nashua. Relatives and friends are respectfully invited to attend.

Share Your Memory of
Frank
Upload Your Memory View All Memories
Be the first to upload a memory!
Share A Memory