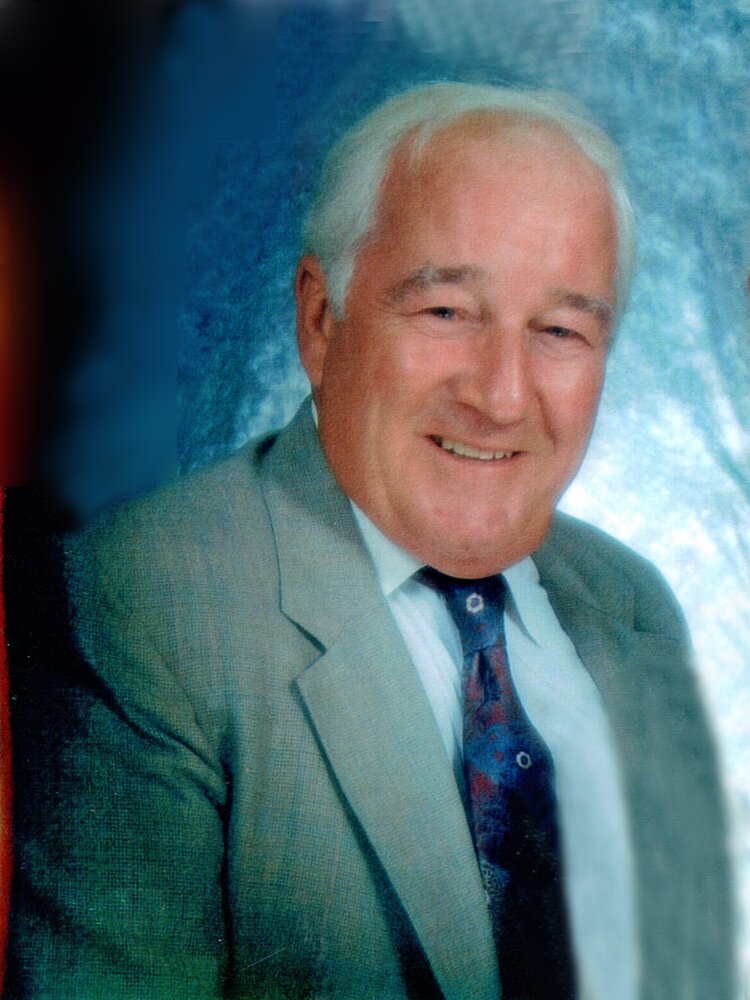 Daniel John Noonan, a veteran of the Korean War, passed away at the Winchester Hospital on Friday evening, July 8, 2022. The beloved husband of the late Mary (Sutherby) he was 92 years old.

Dan was born in Malden. He was one of two sons born to the late Joseph and Grace Noonan. He was raised in Wilmington and a graduate of Keith Academy in Lowell.   Dan would meet his future wife, Mary Sutherby at Moseley’s on the Charles. They married in June of 1951 and shortly thereafter Dan was sent to serve his country in the United States Army during the Korean War.   Dan achieved the rank of Corporal and was the recipient of the Korean Service Medal with 2 Bronze stars, United National Service Medal, Combat Infantryman Badge and the Commendation Ribbon.  While Dan was away Mary lived with family.  Upon returning home from the service, they settled in Cambridge for a few years before moving to Somerville where they would raise their 6 children.  In 1975 they moved to Woburn.

Dan worked as Purchasing Manager for Koch Industries for over 20 years and at the age of 62 he retired from Genetics Institute in Cambridge.  Dan worked hard to provide for his wife and 6 children. In addition to raising a family and working Dan, took advantage of the educational benefits offered through the GI Bill.  He attended Boston College where he received a BS in Economics and as well as his Master’s Degree.   As a family they enjoyed spending their summers in Northwood Lake in New Hampshire.  It was a wonderful gathering spot for the Noonan’s and their extended family. They enjoyed boating and water skiing.   Dan was a wonderful and supportive dad to his six children.  He never missed any of their activities when they were young and was extremely proud of each one of them and their accomplishments throughout their lives.  His grandchildren and great grandchildren were the “apple of his eye and light of his life”. They could do no wrong in his eyes!

Being a true New Englander, he was an avid sports fan with the Red Sox and the Patriots being his favorite.  Dan and Mary had a wonderful life together.   They traveled extensively with Bermuda, Aruba and Las Vegas being their favorite destinations.    Dan’s faith was an important part of his life.  He and Mary attended Mass daily at St. Joseph’s Church in Woburn and when St. Joseph’s closed, he attended St. Margaret’s in Burlington, where many of his children were parishioners.   As Mary’s health became to decline, she became his priority.  He lovingly cared for her and was by her side every day.    Dan will be remembered as a humble and happy man whose greatest joy was his family.

Visiting hours will be held at the Edward V Sullivan Funeral Home, 43 Winn St., Burlington on Thursday, July 14 from 4-7pm.  Masks are not required but encouraged. Funeral from the Funeral Home on Friday, July 15 at 9am, followed by a Mass of Christian Burial at St. Veronica Parish, in St. Margaret Church, 111 Winn St., Burlington at 10am.  Services will conclude with burial in Wildwood Cemetery, Wilmington.

In lieu of flowers, donations in memory of Daniel, can be made to The Noonan Family Scholarship at Lowell Catholic High School 530 Stevens Street. Lowell MA 01851, which was established in 2021 in memory of Mary Noonan to assist one scholar athlete or musician each year in financing their Catholic education.

Share Your Memory of
Daniel
Upload Your Memory View All Memories
Be the first to upload a memory!
Share A Memory