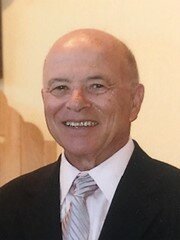 Clicking on the link (above) will bring you to our facebook page (sign-in is NOT required).  A live-stream of the funeral mass will begin shortly before 10am on Monday, July 18.

.Albert Abreu of Woburn and Madeira Island, Portugal, passed away after an extended illness on Tuesday July 12, 2022. He was 93 years old. Albert was born in Madeira Island Portugal. He was the son of Manuel and Maria Abreu. He grew up, educated, and worked in Madeira. He was one of ten children. Albert and his wife, Maria, married while living in Portugal. In 1966 they made the decision to join other family members living in the United States and made the move to Woburn with their five children. He worked for John J. Riley Company, ITT Continental Bakery, and New England Paper Box, before working at DataCon as a custodian for 12 years before retiring. Unable to sit idle, he worked part time as a crossing guard outside of St. Charles Elementary School. During their retirement years Maria and Albert became “snowbirds” and would spend their winters in the warm and tropical climate on Madeira Island. It was also a time when they could catch up with family and lifelong friends living on the Island.

Albert’s life revolved around his family. They played card games, Dominos, and Rummy Cube as a family. He was a longtime member of the Portuguese American Recreation Club in Woburn where he could stay connected to the Portuguese community and his roots. Albert loved playing his mandolin for family and friends. Often his wife Maria would sing as he played. The couple especially enjoyed playing Portuguese folk songs. He was blessed to see his family grow with his children’s marriages, 16 grandchildren, 14 great grandchildren, and the welcoming of 3 more great grandchildren in the very near future.

Albert was the beloved husband of Maria Jose Abreu who passed in May of 2021. He was the loving father of Maria (Issy) Carreiro & her husband Jorge of Woburn, Mary Jo Papenmeier & her husband Wayne of Branchville, NJ, Lucinda Pereira & her husband Joseph, John & his wife Paula, Nelia Barboza & her late husband Joe, all of Woburn. He was the brother of late Rose Camacho, Julia De Freitas, Amelia Velosa, Celeste Freitas, Ester Faria, Manuel, Jaime, Joao and Antonio Abreu. Albert is also survived by many nieces and nephews.

Visiting hours will be held at the Edward V Sullivan Funeral Home, 43 Winn St., Burlington on Sunday, July 17, from 4-7pm. Funeral from the Funeral Home on Monday, July 18, at 9am, followed by a Mass of Christian Burial at St. Margaret’s Church in St. Veronica Parish (www.stveronicama.org) 111 Winn St., Burlington at 10am.  Services will conclude with burial in Woodbrook Cemetery, Woburn.

Share Your Memory of
Albert
Upload Your Memory View All Memories
Be the first to upload a memory!
Share A Memory