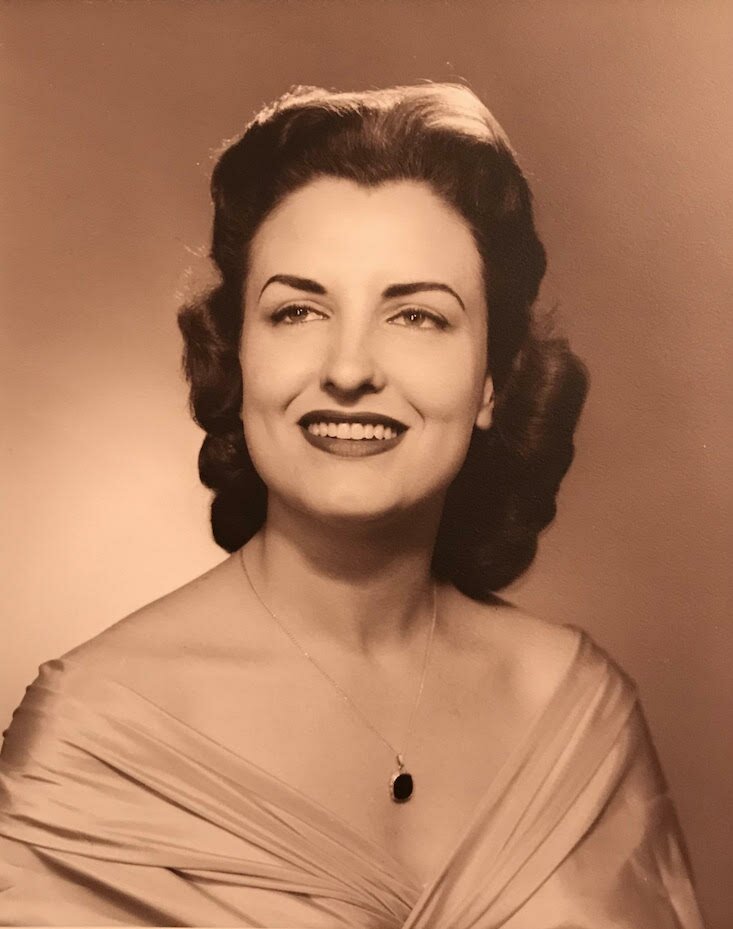 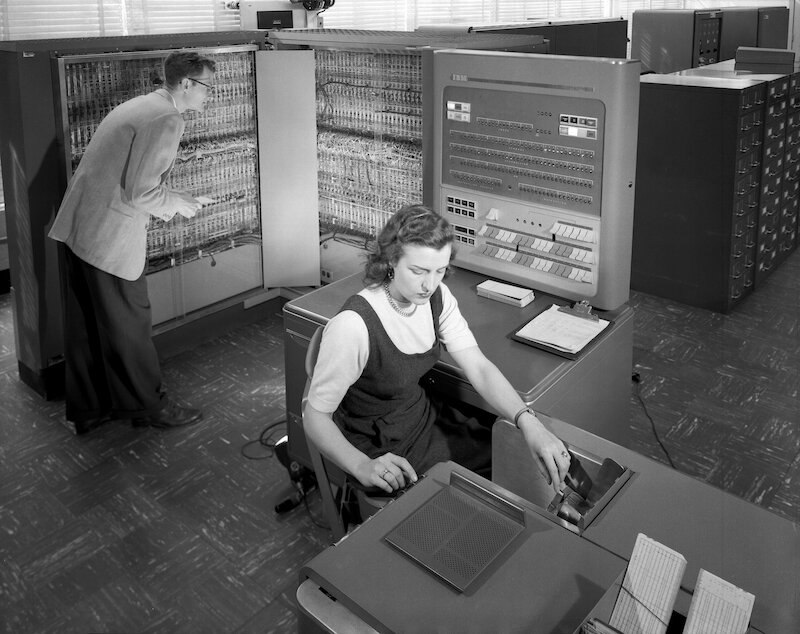 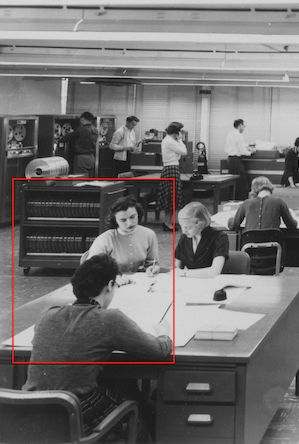 In the loving words of Doris's son, David Baron:

Doris Baron lived a full life. After some tumultuous early years that included a first marriage right out of high school, Doris landed a job at NACA — shortly to become NASA, in Langley VA. Given her lack of a college education, it seemed like an unlikely place to end up, but Doris was hired as a key punch operator. In those days, you gave early computers their instructions on paper cards, and Doris was one of the people who sat at a machine -- the keypunch, and typed in the instructions, and the machine punched the precise holes into the cards that the computer could read.

I can't say that she got the job because she was such an attractive young woman, but that certainly didn’t hurt! What I can say is that every time NASA needed a publicity photo, they called on Doris to be the model in the photo. The two attached photos appear in the movie Hidden Figures, at the end, when they’re rolling credits. One shows Doris at the keypunch, and another shows her sitting across from her lifelong friend, Jean Migneault.

Doris' time at NASA was to change her life. While there, she met a young Air Force Lt. Named Sheldon Baron. Suffice it to say, they went through a lot to be together. But the Jewish genius from Brooklyn had met his southern, shiksa goddess.  And the rest, as they say, is history. A history that they enjoyed telling over and over again to anyone who’d listen.

As Sheldon was establishing his career, he was accepted to Harvard for his PHD. He asked Doris to marry him, and go to Boston with him.

Their love for each other was truly special. After a few years, they had (me) David, their only child. They built their home in the Boston suburbs, and it was here that Doris came into her own as a homemaker, wife, and mom. Doris and Shelly had many friends, traveled the world together, and became virtually inseparable -- like John and Yoko-level inseparable. As soon as Sheldon’s career allowed for it, he even took Doris on business trips with him. They led a charmed life, for over 50 years of marriage. They were as happy together as two people could be.

Sadly, their last few years together were not as happy. Alzheimer's ravaged Sheldon, and Doris suffered with her own dementia. As Sheldon spent his last two years in a facility, Doris rattled around in her house, alone except for her caregivers. All Doris and Shelly ever wanted was to be together, in the home they had built together. In the end, that became impossible.

When you spoke to my mother in recent years after my father’s demise, she would always tell you she was “hanging in there,” but she was understandably depressed and miserable.

Every time I visited, she had lost more of her memory.  Yet she remained iron-willed and determined to live out her days in her home, with her memories.

The sad irony is that even though she was in her home, where she wanted to be, where she wanted to spend her final days, she didn’t know it. For her last weeks, in her mind, she was still in a hospital, and wouldn’t be told otherwise. Doris suffered a lot in her last few years. It was a lousy ending to an otherwise charmed life.  But she’s at peace now.

For those who cannot attend the funeral, if you would like to do something to remember my mother, please consider making a donation to Alzheimer’s research in my mother’s name here:

Share Your Memory of
Doris
Upload Your Memory View All Memories
Be the first to upload a memory!
Share A Memory