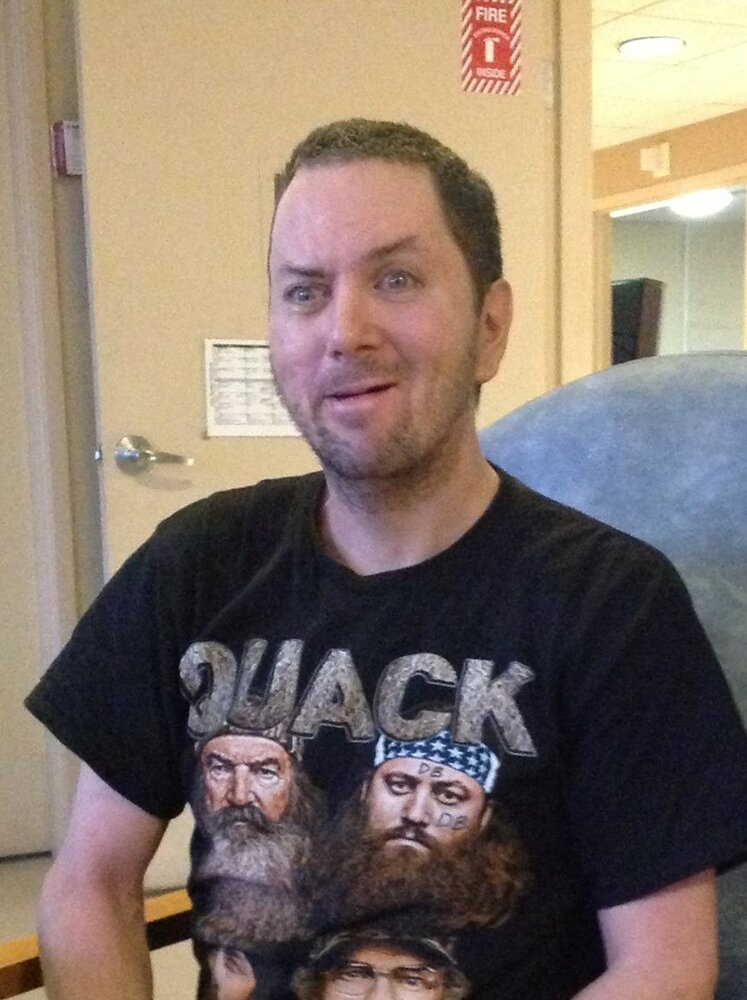 David Nelson Bell of Stoughton passed away on July 29th at the age of 53. David was one of three children. He was born to David Bell Sr. and Laura (Bevis).

David grew up loving to go to New Hampshire. His grandparents, Walter and Eleanor had a cottage up in Franklin, NH on Webster Lake. David cherished his time up in NH, swimming, going on the boat, playing cards, and catching minnows.

David moved to Stoughton over ten years ago, and loved his community there. He was friends with all of his neighbors from his floor. He always had fun going on the organized day trips that the hospital provided. David loved having visitors, and was always excited to play board games with his nieces and nephews. He especially loved playing Uno with Cassidy and Connor, and playing cards with Kayla, Triston, and Adam. While David was always happy to see his cousin Melissa, he was just as happy for the Dunkin' Donuts Coffee and Munchkins that she brought with her.

When David was not entertaining his visitors, he spent time watching his favorite tv show, Duck Dynasty or listening to his favorite radio host, Howard Stern. He enjoyed singing along to Elvis songs. David was also a huge New England Sports fan, and especially loved the New England Patriots.

David Bell was the brother of Michael Bell of Woburn, and Leiha Driscoll of Woburn. He was the nephew of Joyce Bevis of Burlington, Sandra Bevis of Burlington, the late Karen Witkus, and the late Walter Ronald Bevis. He was a cousin to his guardians, Melissa Witkus of Taunton, and Marcie Williams Bujnowski of Nashua, NH. He also is survived by his cousins, Ronald Williams, Charles Witkus, Chris Witkus, Tracey Marchese, Jill Rourke, Ashley Erikson, Stephen Bevis, and his niece and nephews. David is preceded in death by his parents, David Bell Sr. and Laura (Bevis), his grandparents Walter Reginald and Eleanor Bevis, and James and Antoinette Bell.

David will be celebrated through a graveside funeral service on Tuesday, August 2nd, 2022 at Pine Haven Cemetery at 12:00 PM (84 Bedford Street, Burlington, MA 01803).